Imagine believing that kid was actually 12 years old? That person who hit that, Evan Blake, plays in the Cape Cod league and is ready to get drafted next year. The opposing team is being paid off to allow this player to be eligible I’m sure of it. Who hits a bomb like that when they were 12? I would murder someone in cold blood right now to go back in time to hit a ball like that when I was twelve, never mind right now. That baby was over the scoreboard by a mile and not a single fielder moved a muscle. The center fielder might be traumatized and never play the sport again. I mean that kid could suit up tonight for the Yankees and play right field instead of 5 foot 9 Shane Robinson. If I know my Brian Cashman he’s already making calls. Got to have that man in the lineup. That’s right, I said man. He’s no child, he’s no pre-teen. That’s a grown man. I’m taking Massachusetts and Evan Blake to win the Little League World Series because they have Mark McGwire on the team.

Also, I cannot possibly imagine being a pitcher giving up that 400 foot cock shot and going over to the 3rd base line to high five the guy. Fuck sportsmanship. 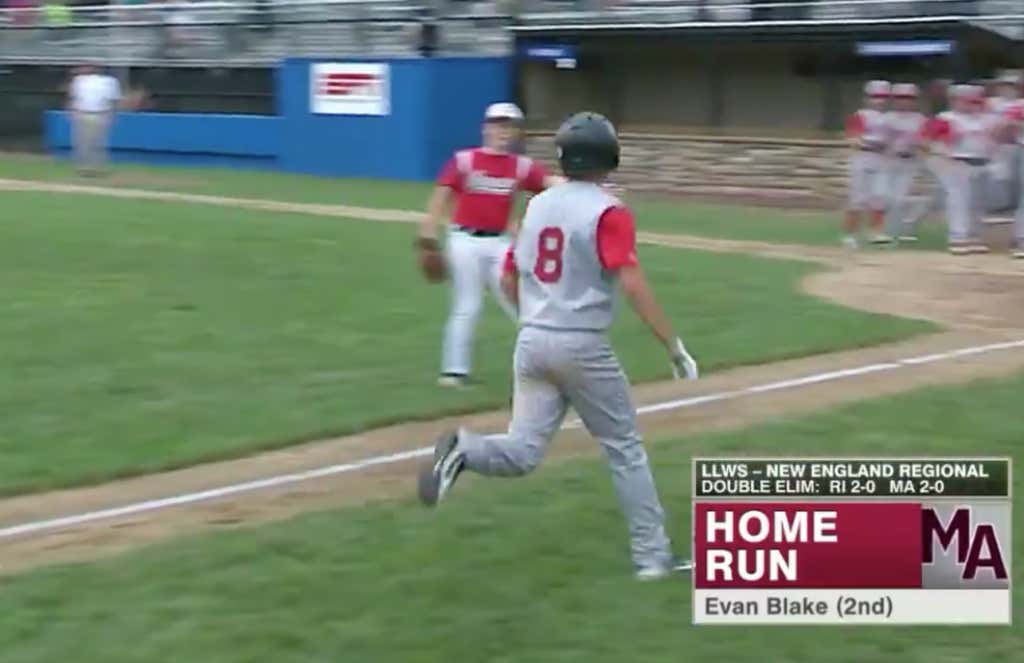 I can see if you are a shortstop or third baseman and he’s trotting on by maybe uttering “nice shot” but being the pitcher and going out of your way to do this is not acceptable. Automatically benched for the next game, if there is one.

P.S. 400 feet is a little bit of click bait. You’ve been baited. Still a fucking bomb. StatCast gets it wrong sometimes too.