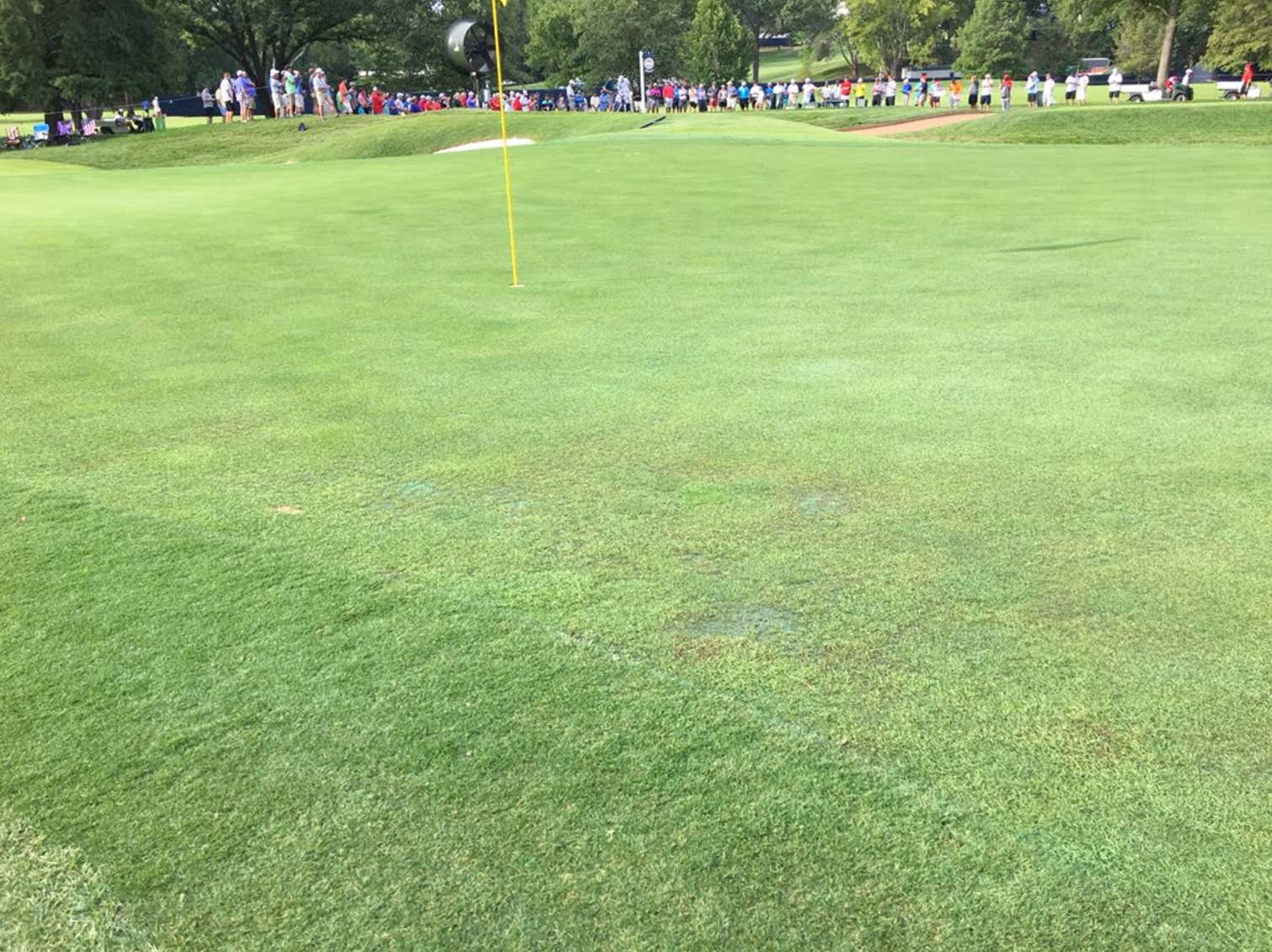 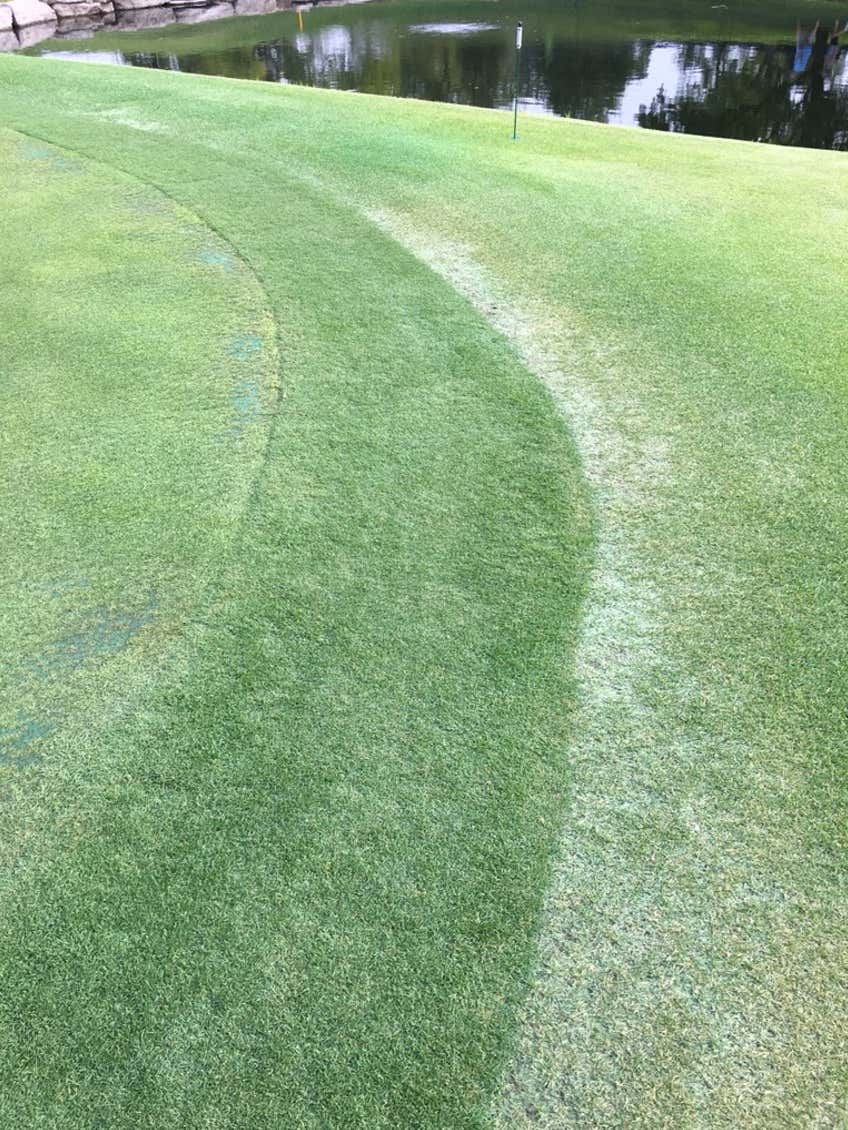 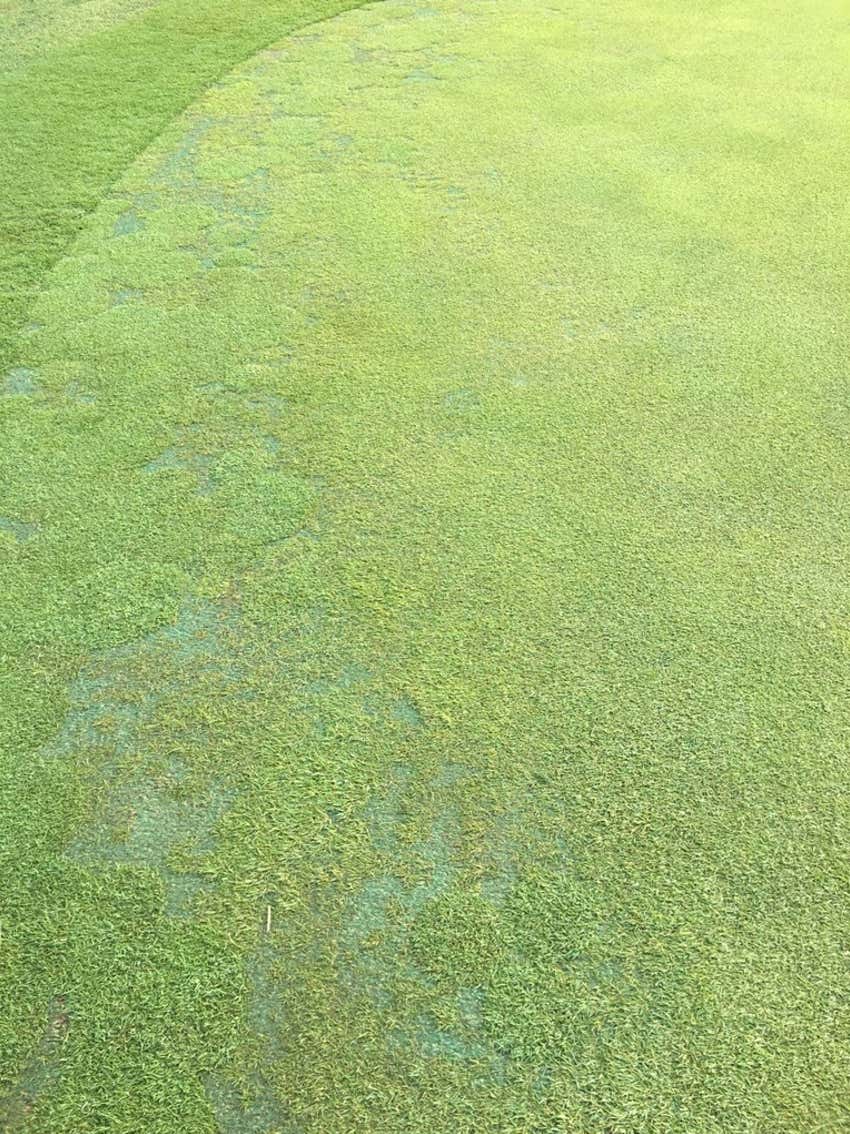 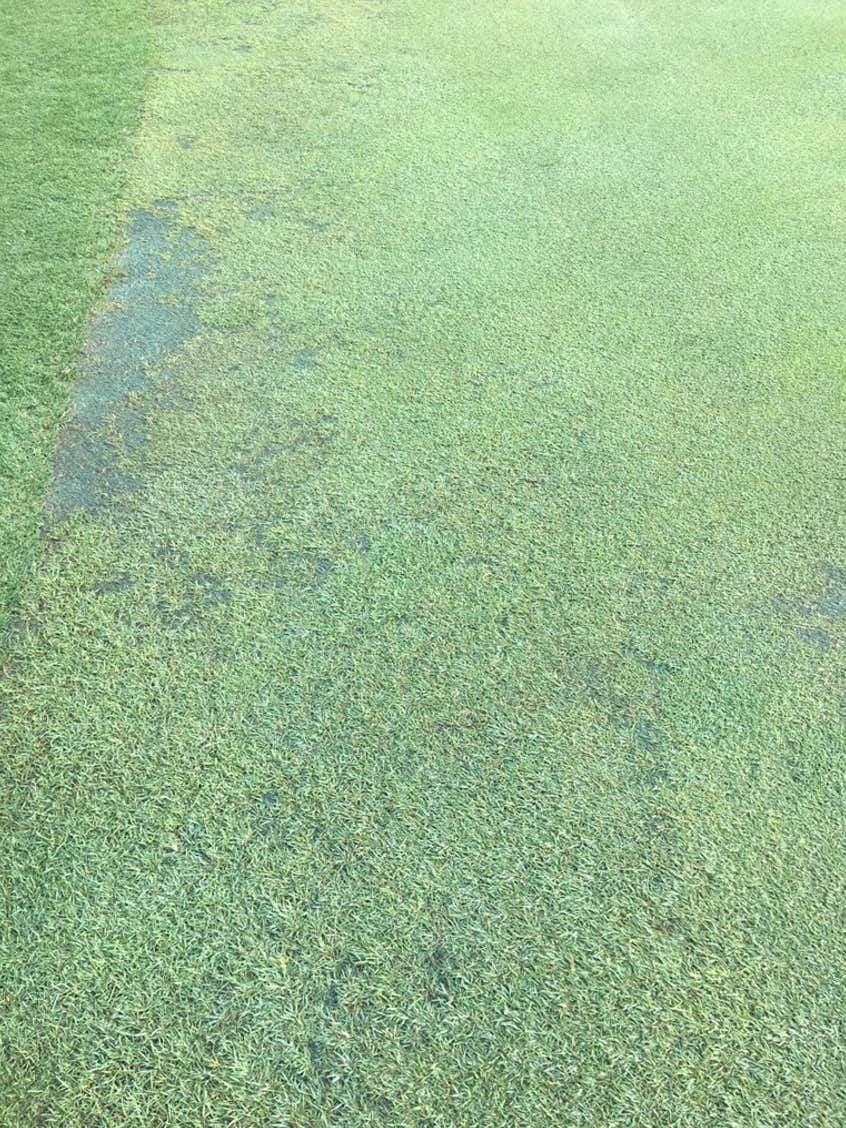 So the greens at the PGA Championship at Bellerive this week aren’t perfect. They’ve been a bit burnt out and “lost” in certain areas. Don’t tell that to Zach Johnson; he may have an anxiety attack and be forced to withdraw from the tournament for fear that the out of control golf course will jump up and bite him. Zach don’t read this.

He’ll be crying by breakfast Thursday and I’m expecting a full mental breakdown come lunchtime. Also expecting a Friday evening flight home for Mr. Horschel. By expecting I mean hoping. I’ll never forgive him for whining like a little bitch about my good friend USGA’s 2015 edition.

The PGA is keeping the greens slow during practice rounds to prevent further damage, and is expected to speed them up a bit (although still keep them relatively slow) throughout tourney play.

I enjoy when the greens are like this. We all deal with imperfect conditions every time we go out, and perfection shouldn’t be what courses strive for anyways. The beauty of golf is that it’s outside, it’s unpredictable, and its playing surfaces are inherently imperfect.

That’s fine, and the shape of Bellerive’s greens should have no negative effect on the event.

I’ll be out at Bellerive Thursday – Saturday. If you’re out there say hi so I feel liked.