Just wanted to pop in with some prelim highlights and the friendly reminder that tonight, live on pay-per-view, TJ Dillashaw vs Cody Garbrandt II goes down for the UFC Bantamweight Championship of the World. The main card begins at 10pm EST/9pm Central, and honestly isn’t ALL that great, but features the main event I just mentioned, Demetrious “Mighty Mouse” Johnson (quite possibly the greatest mixed martial artist of all time attempting a record-breaking title 12th defense tonight) vs Henry Cejudo II for the UFC Flyweight Championship of the world, and Cub Swanson, at least. 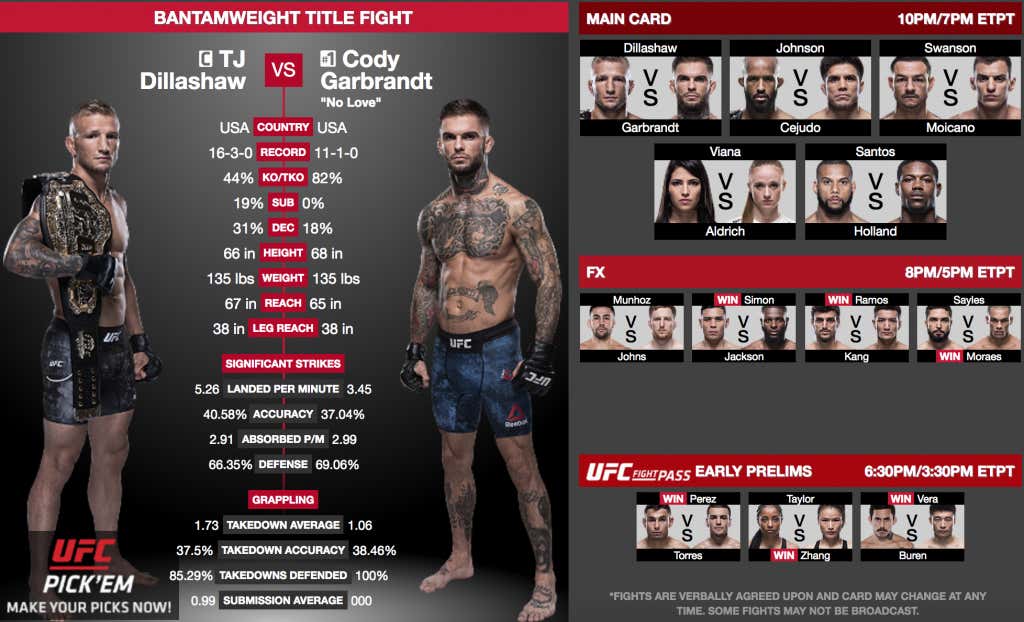 Personally, I’ve got Garbrandt in the main event (despite me just sliiiightly preferring TJ to him) and think that he went into his first fight with the bantamweight champ too emotional, and that tonight, as long as he’s realized that as a critical mistake, should come in a little more composed and be able to land and land HARD on Dillashaw. Could really go either way, though. This is one of the best fights mixed martial arts has to offer from both a skill standpoint and a bad blood standpoint.

As you could see in those above videos, the prelims have been electric, with liver shot KOs, first round Flyweight KOs, and some seriously wild grappling scrambles and exchanges all night.