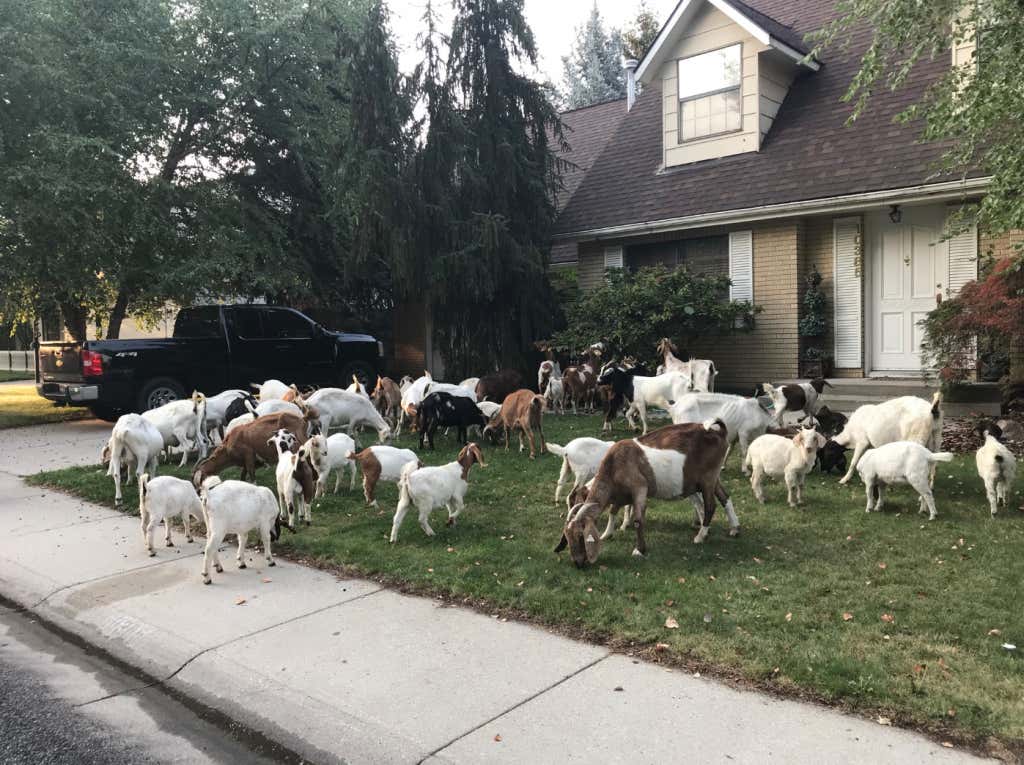 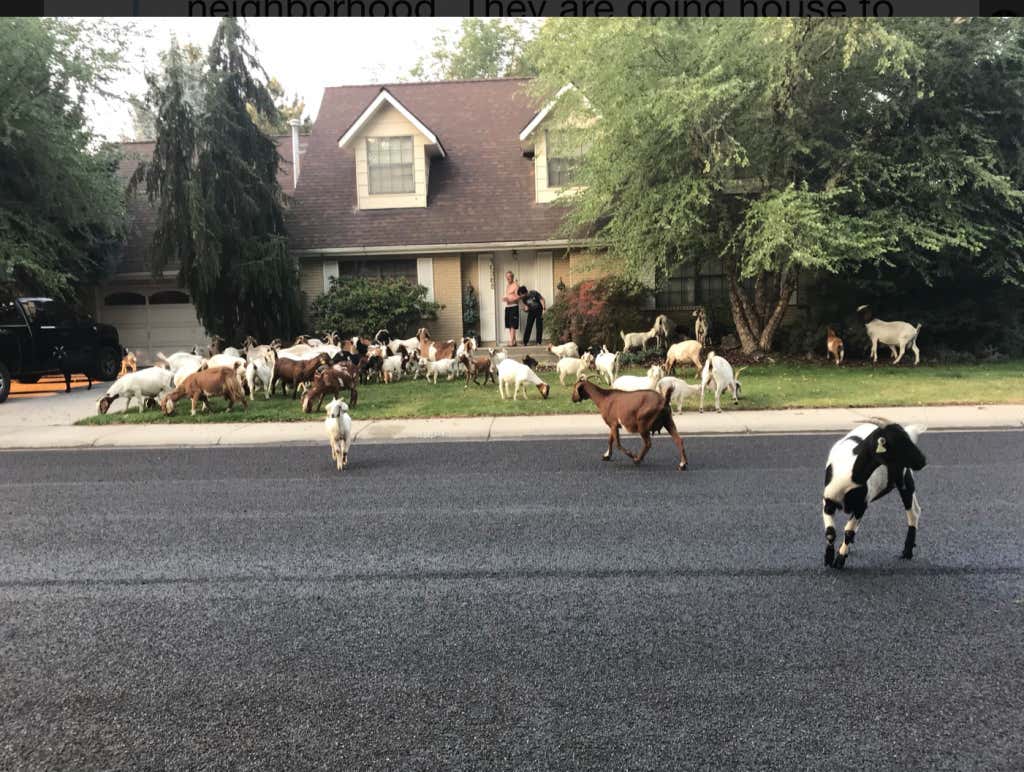 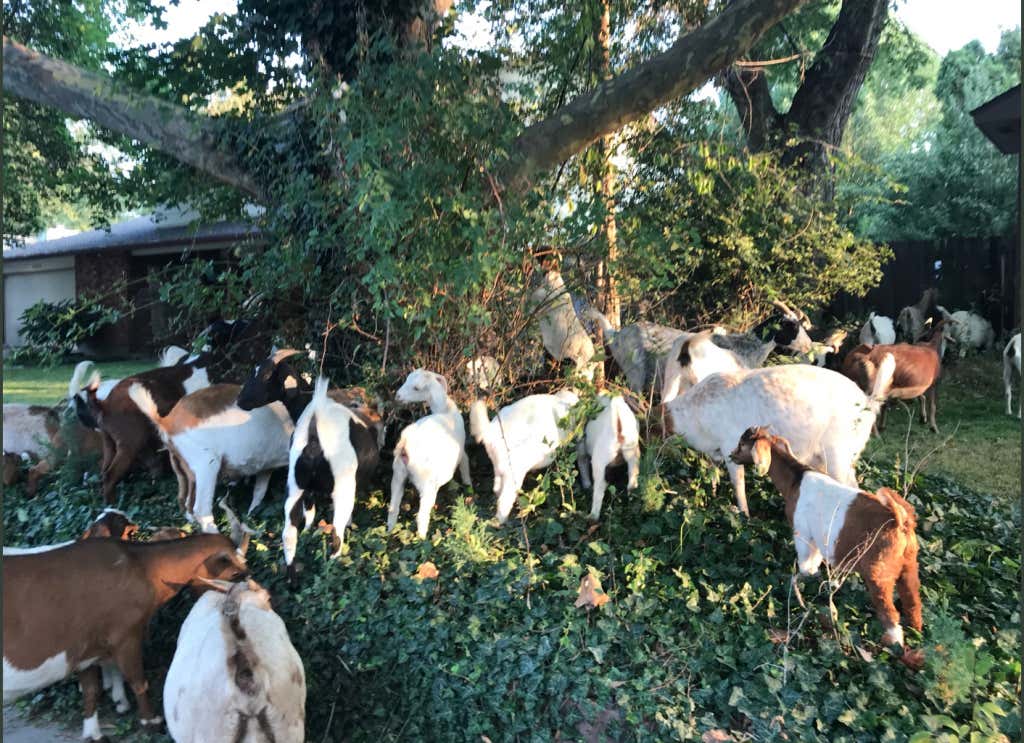 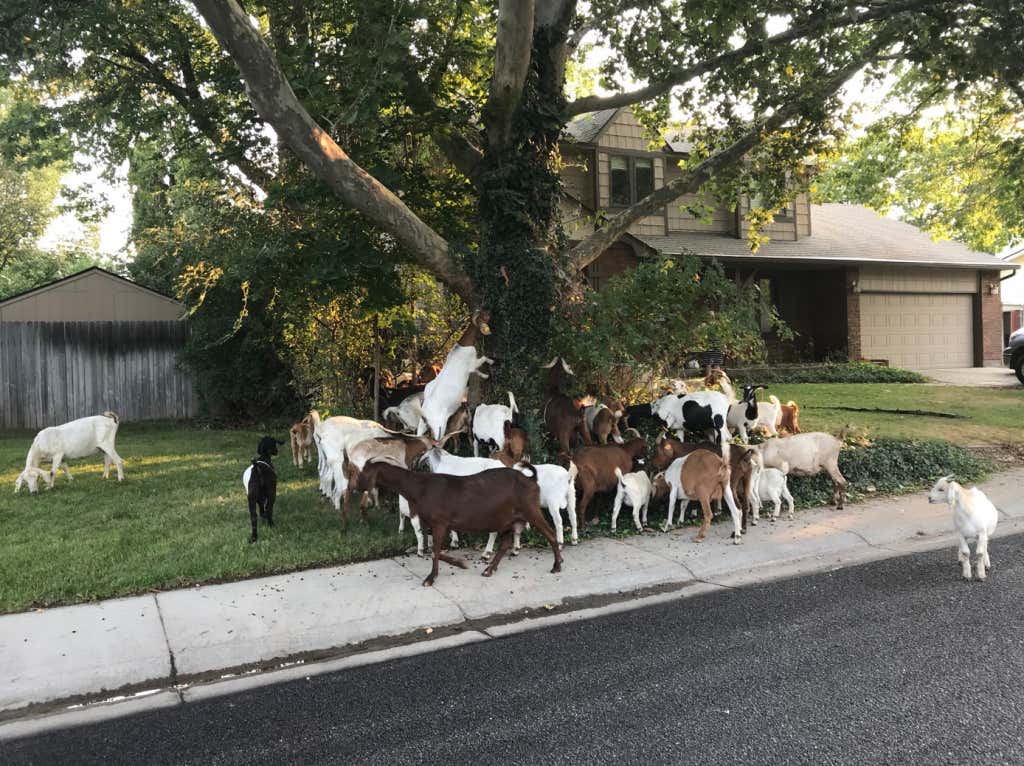 There is no better way to kick off a summer Friday then with a good old fashioned animal escape. Usually we have something like a cow getting loose in Queens or a horse running wild outside of a track. And who can forget the legendary llama escape of 2015?

But today’s animal escape in Boise has a chance to be the greatest of all-time.

As a parent that is desperate to get his kids out of the house and frequents wayyyyy too many farms and petting zoos these days, I have been reminded just how nasty goats are. They nip at you, smell awful, and have dead eyes. The MJ/LeBron GOAT debates and the goat emoji have done wonders for the P.R. of goats. Even the hilarious and classic Adam Sandler goat skit and song painted these furry little fuckers in a negative light.

So thoughts and prayers to Boise today. And congrats to Joe Parris for getting what could be the viral story of the day and a career maker despite being stuck in the middle of Idaho.

P.S. You can’t tell me this is just a coincidence

Find the craziest Patriots fan in Boise and you will find the asshole that let these goats loose. Open and shut case