Tesla headline number looked abysmal, but bottom line is they beat consensus revenue expectations, apologized for prior bad manners toward analysts (who create those consensus estimates), and reiterated a promise for future profitability… TSLA is up 13%.

Papa John’s founder is all over the ribbon again saying he is ready to go to war with the company to regain his position as spokesperson because he has no confidence in the current management team.  Stock was off 2% last time I checked, and no matter how hard I try, I really can’t get opinionated about a pizza company that makes ketchup on cardboard, no matter who is at the helm. 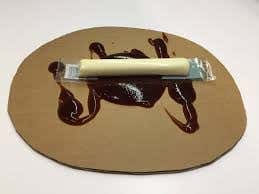 Quick mention- I did an office visit yesterday after I got done here.  I still have some friends in the industry (obviously… I’m pretty fucking likable), and I think it is good practice for me to make a couple visits every now and again in order to stay visible.  I don’t want to mention where I went or who I was with for obvious reasons (I am a pariah), but it’s something I would like to do more often going forward. So without sounding like a fat guy begging for a prom date, if anyone wants this fat guy to bring up a dozen donuts and a Box Of Joe at some point and shoot the shit, let me know.

Not sure what to say about this, but give it a read at your leisure and report back (thanks PK)…

Switching gears… The blog I posted yesterday about an old school Wall Street legend was met with rave reviews, so might try to pepper in something similar more often. Maybe do a Wall Street Wednesday, or something. Looking to pepper a food thing in there at some point, as well.

Onto boxing… There are no big name fights this weekend, so I am very excited for Rough N’ Rowdy on Sunday.  Outside of my overt attempt to promote an event sponsored by the company that generously signs my check (VIVA!), I genuinely enjoy watching amateurs throw haymakers, I am a BIG Bill Burr fan, and I LOVE the idea of white-trash ring card girls trying to navigate in and out of a boxing ring in stripper heels. So this event is a YUGE win-win for me.

If you are in northern NJ, stop by Chateau de Large for some pizza rolls, onion dip, and Miller High-Lifes any time after 7PM.

I’d be remiss if I didn’t acknowledge Arianny Celeste in any piece of content that mentions the words “ring”, “card”, or “girl”.  She’s the best to ever do it… Just ask ring announcer, Bruce Buffer.

“LET’S GET READY TO FONNNNNNNNNDLE!”

Other boxing news- Tyson Fury has confirmed he has agreed on terms to fight Deontay Wilder in Las Vegas in December.

For the uninitiated, Tyson Fury is a 6’9″ white guy who claims dual citizenship in both Ireland and England, and has a 26-0 record.  He beat Klitschko for the heavyweight championship in an almost unwatchable boring fight in Germany back in 2015, but then disappeared from boxing and relinquished his belts after ducking mandatory challengers, doping investigations, and governing body punishments for inappropriate comments towards just about every race and creed. Which is like punching yourself in the face.

Fury popped his head back up earlier this year, and it seems like he has been hard at work in the gym.  Probably dropped 100 pounds or so, and looks as lean as I have ever seen him.

Tyson’s father was bareknuckle boxer, John Fury, who served 11 years in prison for gouging a man’s eye out in a bar fight.  His dad was once granted a 1 day pass from jail to watch his son fight for a belt… I love shit like that, and I don’t think Wilder will let him dance around like Klitschko did, so it’ll probably be worth a Pay-Per-View when it comes around.

FINALLY… If someone sends me something to comment on, I will, and a buddy hit me with a trend that he has seen developing in my old biz.  Some of the more annoying customers he has will now pass on drinks and/or steak dinners as their preferred choice of social interaction, and opt for group exercise meetings. Apparently, it’s called “sweatworking” and I am officially against the practice.

Orange may be the new black.  Sitting may be the new smoking. Wednesday can even be the new Thursday.  But pilates with a group of dudes you don’t really like is NOT the new medium-rare porterhouse with a nice bottle of Amarone della Valpolicella, and I will support the first zoftig genius who sues his/her company for sweatworking practices that obviously discriminate against “people of size” (like me). 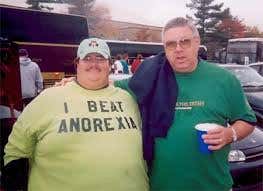 Stay strong, my tubby brothers and sisters… We shall overcome over these CrossFit assholes.