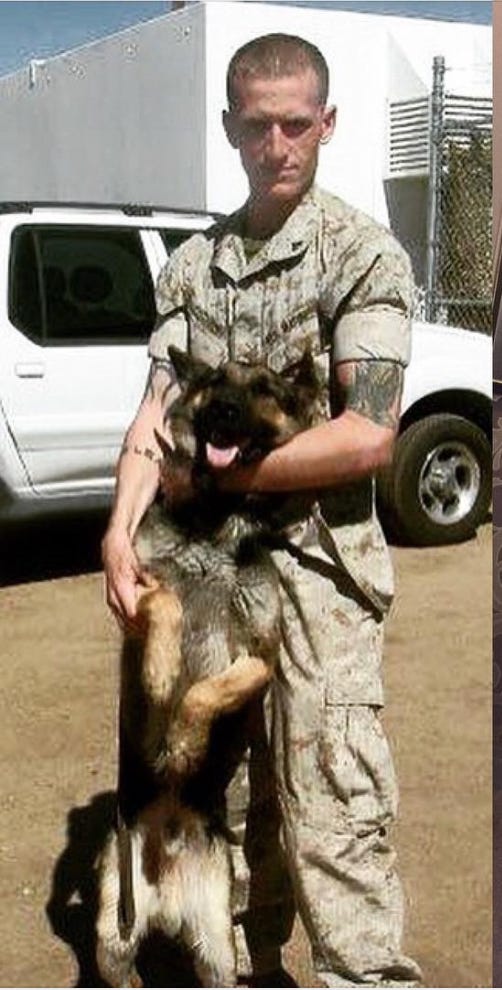 Here's what I wrote about my alive day last year:

Usually, when people are my age, they say that time flies. In some cases, that old trope is incredibly true. My children grow up way too fast and my marriage has been a short eight years. Ten years ago today, my life changed when I got shot just outside of Fallujah, Iraq. These ten years have made the memories fade while remaining a sharp thorn in my soul. It’s the biggest conundrum of my life. Lots of the details are murky, but the overarching feeling remains sharp. A decade has taught me that this feeling probably won't change. Healing started for me when I realized that some continuous struggling is ok. Traumatic events beget traumatic scars. It’s normal.

I still jump at sudden loud bursts. I hate fireworks, cars that backfire, and even the slamming of the door. Occasionally I wake up from sleeping and think that the dryer in the other room that is drying my family’s clothes is the helicopter that came to pick me up ten years ago. Sometimes when the hot air blows in San Antonio, I can smell the sands that were whipping while I walked to that same helicopter under my own power. I often wake up after re-experiencing the events in my dreams. Each time I dream the dream, the details shift. I dream that dream so often that I think that’s why I have trouble remembering the exact events. Multiple dreams a week which can give that day different details. But, in the words of Kurt Vonnegut, “and so it goes.”

Now for some new shit. In the attached picture, I weighed about 130lbs. I lost a ton of weight over the first few months after getting shot. There was a complication with the medication I was given and it caused me to spend way more time in the porta potty than I should have. I was still in Iraq in the middle of the Summer so the temperature in there was approaching 140 degrees. I was in there with a large cast around my arm and the weight just fell off.

Looking back, that barely looks like me and not because I'm a fat piece of shit now, you assholes. I look like a different person and in my brain, I am a different person. It wasn't just the medicine that made me skinny and frail. I couldn't sleep. My mind raced constantly, and I didn't really know what the future held. I blamed myself, my platoon mates, and my training for what happened to me in those early months. You really have no choice but to replay the worst moment of your life over and over. I did repeatedly during those first few months. Hourly even.

The replays are much less constant now but they are there for sure. In the end, I reach the same conclusion. There's not much I could have really done to prevent what happened. There are certainly many things I could have done upon returning home. I wish I would have gotten treatment sooner. I wish I wouldn't have shrugged off mental health care for years but so it goes.

Most of the time when I write about this topic, it's pretty heavy. Getting shot did deliver one of my favorite stories about my older daughter, though. Kelsie was only 2 when I got shot so obviously she doesn't remember anything about the event. In fact, she didn't hear me talk about it for a long time. One day we were riding around in my truck and she asked me about it. I think she was about 8 at the time. She had heard me mention the story but I guess she had never really gathered the courage to ask about the details. 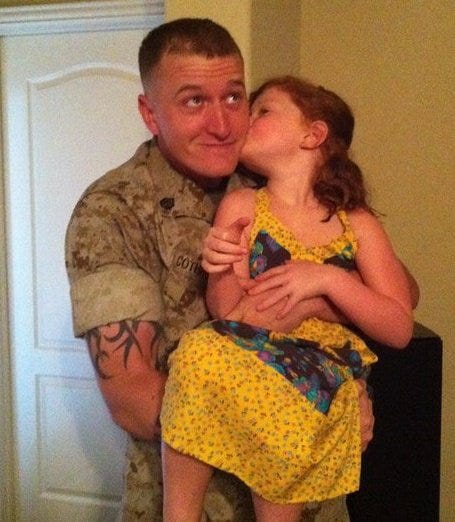 "Dad, why was getting shots so bad in Iraq? Why were you crying talkin about it to momma the other night?"

I thought, "damn. That's low key insensitive for her to ask me that. Of course getting shot was bad." And then I realized that she said shots. "Why was getting shots so bad?"

6 years later it was a bad day for Kelsie finding out that I had been shot. She cried in the car and I cried from laughing while thinking it was the sweetest thing I have ever heard. She must have thought I was the biggest pussy in the world crying about shots 6 years later. I mean, I'm a big pussy but it's not because of a flu shot.

Semper Fi and reach out to getheadstrong.org if you are struggling or getting close to struggling. No shame in the mental health game.

Before I let you go, let's update the tracker on the guy who shot me.

Update on me: still alive. Cheers. 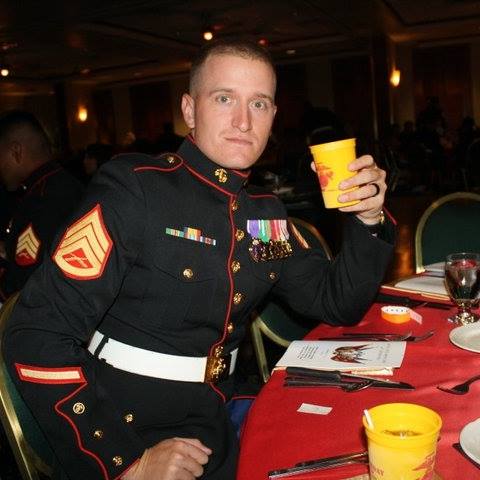