Industrials continuing the rally they had into Wednesday’s closing bell after Trump and European Commission President Jean-Claude Juncker said they would work toward eliminating tariffs and barriers on trade.

NASDAQ is a big laggard as Facebook’s miss last night is the receding tide that is lowering all tech boats.

Qualcom marginally higher after it was confirmed it terminated its proposed takeover of Dutch counterpart NXPI.  The companies had been waiting nearly two years for their deal to clear global regulatory hurdles, and the takeover had been approved in eight other jurisdictions, including the European Union and South Korea. China was the lone holdout that essentially let their window to approve the merger expire… A Chinese move seemingly driven by recent trade war talks between China and the US.

So, I lost $1,000 today to a fellow blogger here named Smitty. Apparently, Smitty (whose real name is Shlomo Rosenbaum) doesn’t date much, so he spends an inordinate amount of time playing a video game called Fortnite. I was led to believe he played it poorly, so I bet him he couldn’t get a win in a thousand tries when his record was already at 0-938. 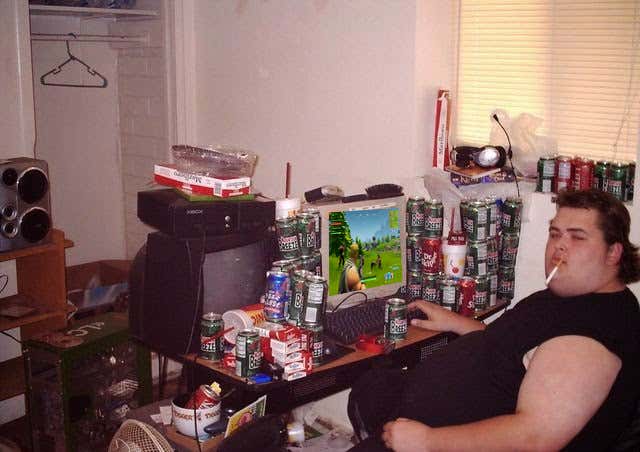 I now know those 938 losses were part of a long-con aimed directly at me, even though his losing streak started weeks before I started with the company. Which does not highlight my irrationality… It highlights just how diabolical Shlomo is.

The money doesn’t really bug me… It’s not close to being the most I have lost gambling… But that particular chunk of change was earmarked to buy my youngest daughter a new puppy. I woke my angel up at 2 AM this morning to tell her it was a no-go on the dog… We’ll just let the shelter kill it. There were a fair amount of tears, understandably, but she’s a trooper. 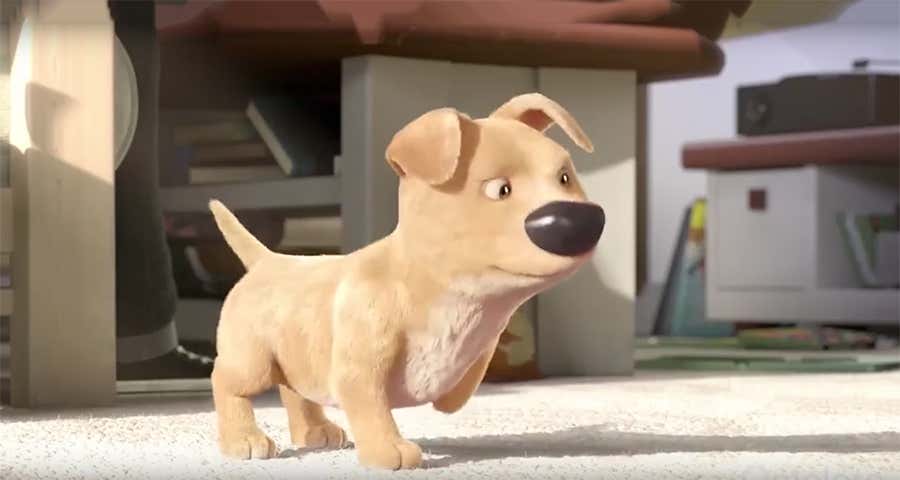 I think she was most upset because she already picked out a name. We were going to call it “Crutches” after one of her classmates who recently passed away from polio, but giving it to some guy who used both a burner practice account and a questionable server seems just as noble. Hopefully, he’ll use part of his winnings to get a decent haircut, because right now his look screams, “I share a 1 bedroom in Chelsea with a guy who owns a set of clippers.”

In the future, if I ever describe something as “pulling a Smitty”, it’ll mean when a person of little to no integrity takes advantage of someone older and confused.

For example: “That guy really ‘pulled a Smitty’ when he sandbagged Large for $1,000 on a Fortnite bet.”

Truth be told, when I made the bet on KFC’s radio show, I wasn’t really paying attention, and I almost bet 10 grand… That woulda left a mark when I cancelled Christmas, so I guess I should feel blessed.

Enough about those sour grapes.

Today is National Chili Dog Day, for those of you who look like me.

It’s also Mick Jagger’s 75th birthday, which means absolutely nothing except it’s an opportunity to highlight that cocksucker has a kid that is less than 2 years old. 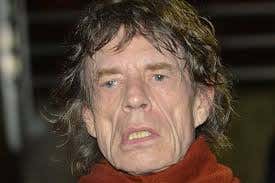 I had to Google the broad that convinced Mick to defrost another load.  She’s a 31 year old former ballet dancer who really “pulled a Smitty” on the hall-of-fame rocker.

Moving on… There is a team of guys here at Barstool who do movie reviews, but I saw Equalizer 2 last night with the bride, so I might as well give you a quick two cents.

It’s the same as Equalizer 1, so I recommend watching it, but can definitely wait for when it’s On Demand. And Denzel didn’t exactly get in “sick shape” for the role, so I am assuming the franchise dies here.

Highlight of the movie was this. 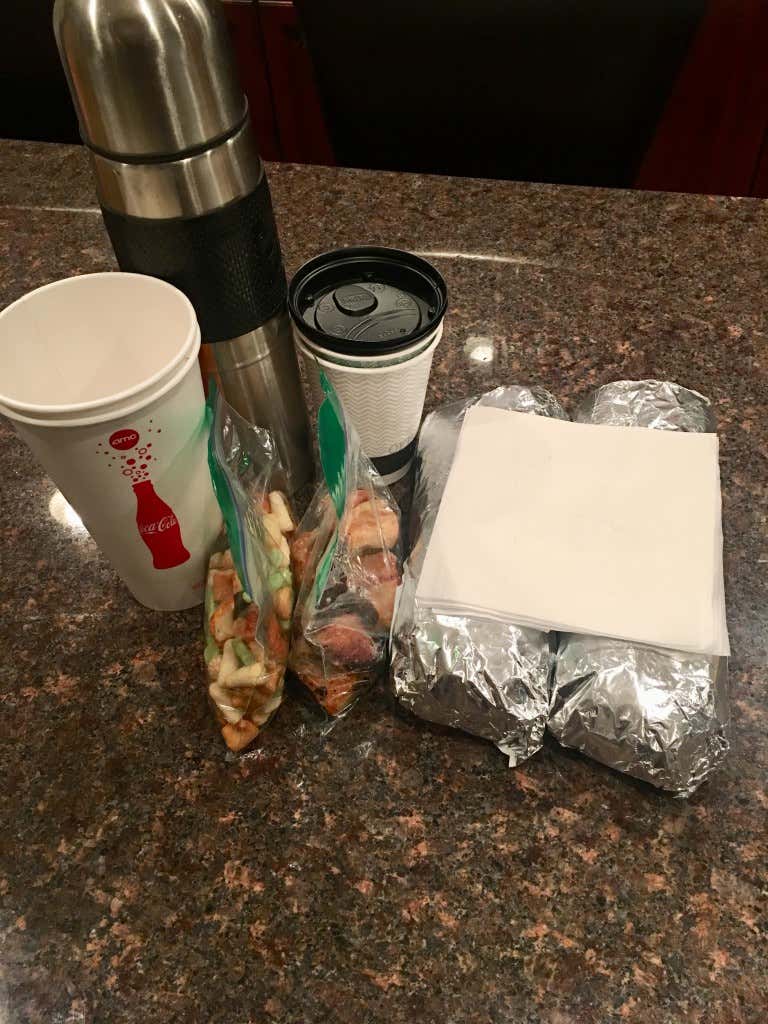 I snuck in 2 Italian heroes, a bag of those weird Japanese rice snacks, a couple empty self-serve soda cups from when I was drunk and stole a whole sleeve of them bastards from an unlocked storage closet at the local AMC, a thermos of hot tea, 2 disposable hot cups, and a handful of rugelach (chocolate and raspberry) from the local Jew deli.

I give the actual movie 7.5 out of 10 stars, but the contraband snack game got 10’s across the fucking board. 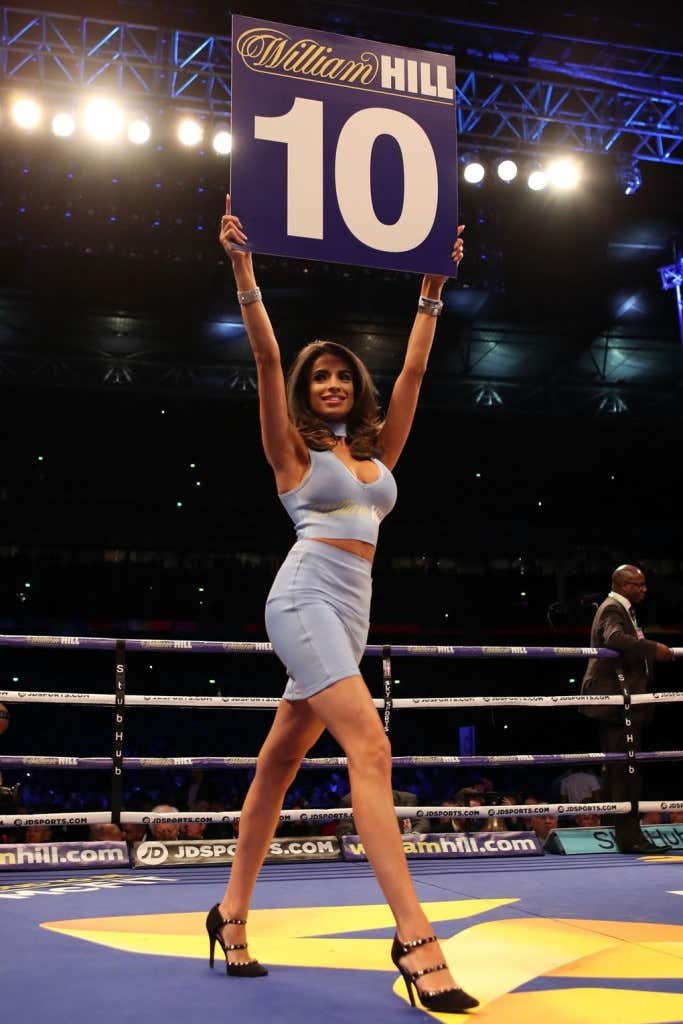 Programming Note: I did another episode of the Podfathers podcast, which dropped this morning.

I am doing Barstool Breakfast tomorrow with Willie from 7-9AM.