QZ – On Saturday morning Forbes published an opinion piece by LIU Post economist Panos Mourdoukoutas with the headline “Amazon Should Replace Local Libraries to Save Taxpayers Money.” It quickly received enthusiastic backlash from actual American libraries and their communities.

As of around 10am US eastern time this morning, the story had nearly 200,000 views, according to a counter on the page. As of 11am, though, the story’s URL has been down.

“Forbes advocates spirited dialogue on a range of topics, including those that often take a contrarian view,” a Forbes spokesperson says in a statement. “Libraries play an important role in our society. This article was outside of this contributor’s specific area of expertise, and has since been removed.”

Close your eyes.  Picture a librarian.  What do you see?  A feeble old woman with frizzled hair and big horn rimmed glasses?  A quiet meek woman whose only noise is the occasional “SHHHH” if you dare disrupt the silent sanctity of the library?  Seems like an easy group to sneak an inflammatory opinion article by assuming they won’t make a peep and just lay down and let Amazon steamroll their building?

In his article, Mourdoukoutas argued that local libraries are no longer useful. If libraries closed, he wrote, taxpayers would save money, and Amazon could open bookstores to provide those communities with physical books.

“[Libraries] don’t have the same value they used to,” the article argued. The functions of the library, Mourdoukoutas said, have been replaced: community and wifi are now provided by Starbucks; video rentals by Netflix and Amazon Prime; and books by Amazon.

Well you better change that perception real quick after this display.  They are a FEROCIOUS bunch.  Taking to Twitter to bodyslam Forbes and their little op-ed writer who thought Amazon should replace libraries.  And there wasn’t just the outrage about the disadvantaged being the most directly affected by the move, but they brought some facts with them in their back pocket.

…Mourdoukoutas also made the unsubstantiated claim that “some people have started using their loyalty card at Starbucks more than they use their library card.”

… Public benefit aside, would cutting public libraries save taxpayers a significant amount? The majority of a public library’s funding comes from state and local governments, not federal. According to a report(pdf) from the Ohio Library Council published last year, the state’s average library levy from 2013 to 2017 was 1.39 mills, a rate used in taxes that means $1.39 for every $1,000 in assessed property value. That’s around 2.5% (pdf) of Ohio’s average property tax rate, the eighth highest in the country last year. For the average homeowner in the state, that would have come to around $65 last year.

Across the country, if public libraries were to be cut and all funding were to be divided up among Americans, each person would get $36 back, says Richard Auxier, a researcher at the Tax Policy Center think tank.

What we all learned here – if you’re gonna come at librarians, you best come correct.  It better be in your “area of expertise” to suggest Jeff Bezos running them out of business in  his quest to completely monopolize the planet and every industry in it.  Stick to drones dropping off packages.  Leave the old crusty hardcover laminated books and $1 DVD rentals to the local library.  Let them keep their $36 a year.  They have to wait like 94 years to get that much from their usual revenue stream of collecting late charges on your copy of Hatchet. 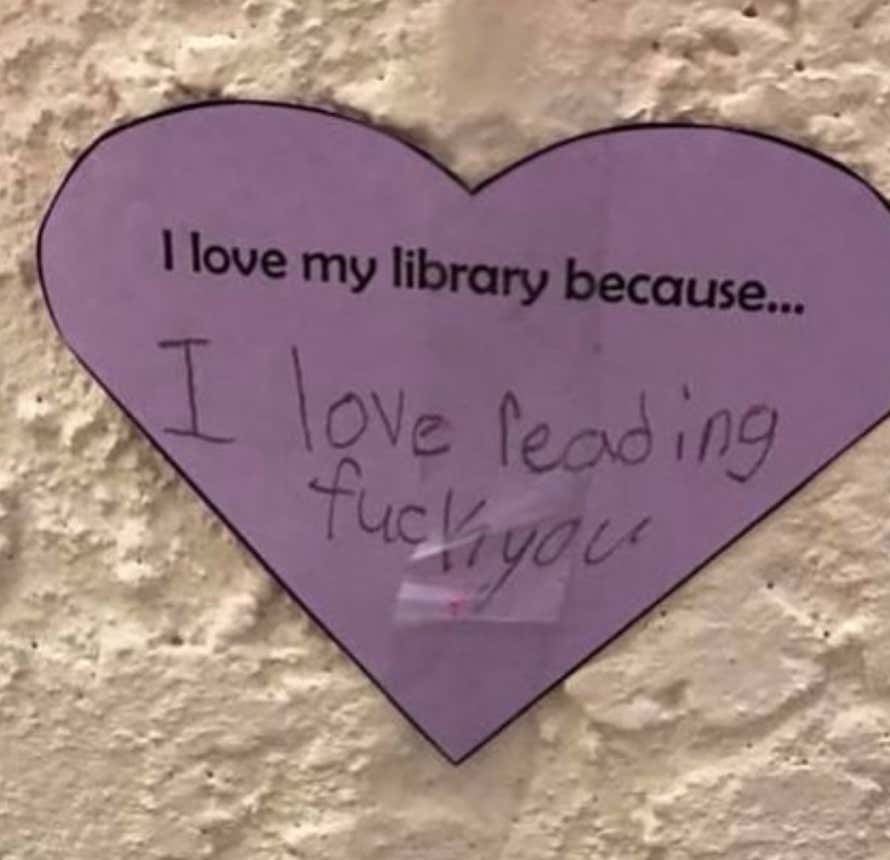 If Barstool deleted every blog that we were “deeply misinformed” on we’d be out of jobs and you’d have nothing to read while you take a poop right now.