Markets creeping higher today with most of the momentum coming on the heels a Bloomberg report that the U.S. and China are pursuing talks to defuse the trade war.

More than half of the S&P 500 has reported earnings already, and biggest names reporting post-close are Apple, Baidu and Cheesecake Factory.

I have a blog I am writing about someone that I consider a Wall Street legend.  I hope to add the finishing touches later today, so maybe it’ll be fit for consumption in the AM.

In the meantime, if you want to feel bad about your own pathetic resume, peep the broads Leo has plowed through.  I actually forgot he tagged Giselle pre-Brady.

Here’s a totally random story was sent to me after I spoke about fucked up child actors on a radio show.  I think people know how much I like damning trivia about older celebs, so this is right in my wheelhouse.  Maybe you guys have seen it, but if not, it’s worth a peek.

You hear so much about child actors who went wrong. But what about their TV dads?

Case in point. For all those readers who are old enough to remember the absolutely unwatchable TV show “Alf”, the dad from that show smoked crack with, and consequently had sex with, homeless guys. 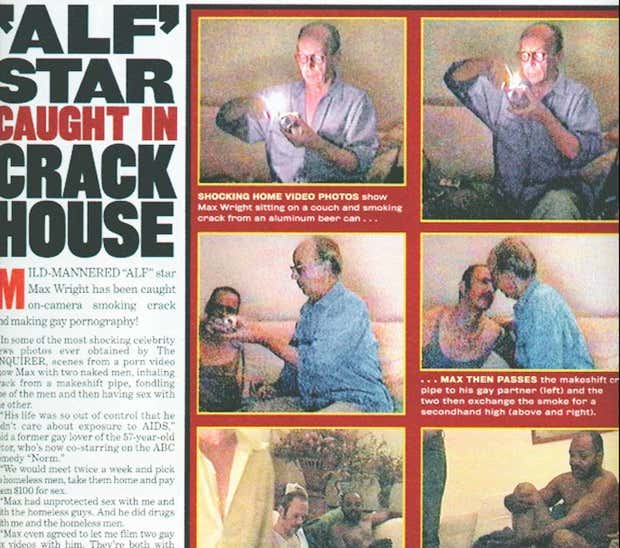 I live for stories like this, so I am embarrassed that I missed it.

Apparently back in 2001, Max Wright, the loving father of Gordon Shumway, aka ALF, aka Alien Life Form, was photographed by the National Enquirer smoking crack and having gay sex with homeless dudes. This happened in 2001 and yet neither I, nor any of my homeless sex/crack smoking enthusiast friends had heard about it.

“The video begins with the two men sitting on a couch. The begin smoking crack from an aluminum beer can.” … Classic move.

Well, you get the point. I wish there was some sort of Kickass News Hall of Fame, where stories like this would live forever and we could all go and admire them the same way old people admire Renoir, Monet and Picasso. This would be up there with the great masters.  Except Picasso painted primarily in oil and pastels, Max Wright paints in crack cocaine and homeless semen.

As of May 2018 Wikipedia has Wright, now 74, living happily in Germany, and “in a relationship with a German male.” So looks like a happy ending all around… Literally. 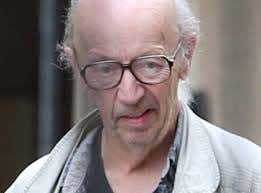