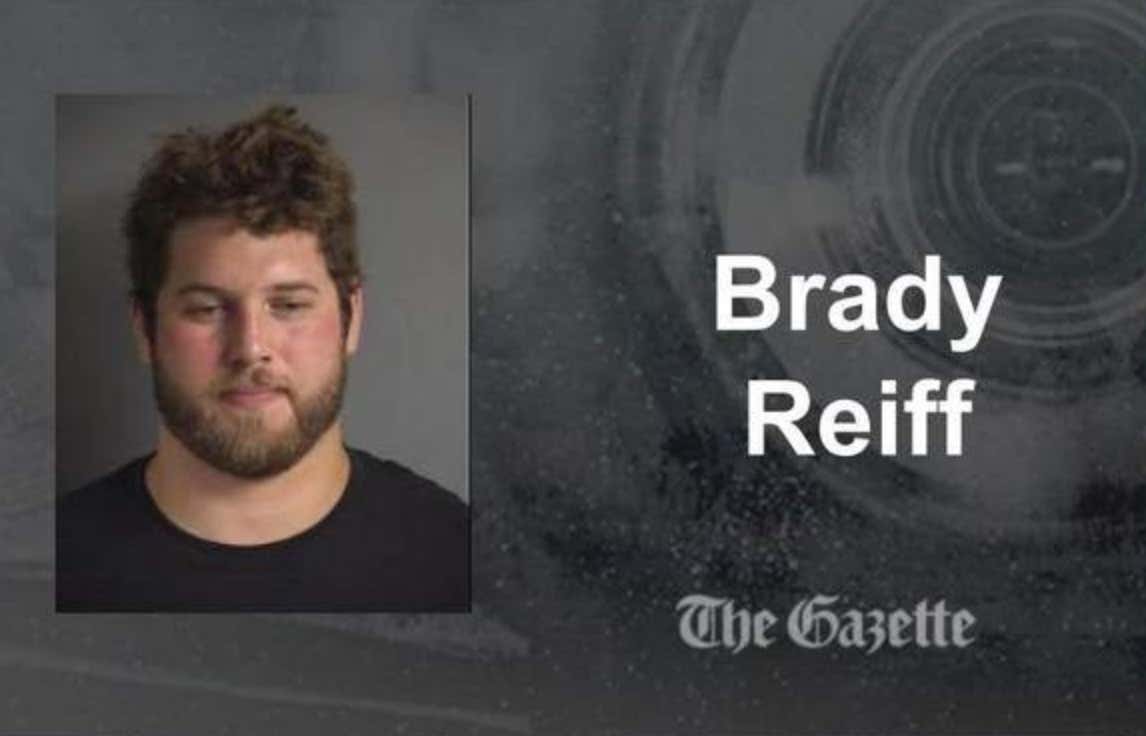 The Gazette- A University of Iowa football player was arrested early Saturday morning in Iowa City after he allegedly mistook a police car for an Uber. Accused of public intoxication, Brady Reiff, 22, a starting defensive tackle for the UI football team, approached a parked UI police cruiser on Iowa Avenue at about 2 a.m. and attempted to open the vehicle’s passenger door, according to UI police. When Reiff noticed there was a rider sitting in the passenger seat, police said he moved to the back door and attempted to open it. When asked what he was doing, police said Reiff asked for a ride home. “He thought that was our job,” the police report states. When asked if he thought the vehicle was an Uber, police said Reiff replied “Yes.” According to the arrest report, a breathalyzer test showed Reiff’s blood alcohol content was .204 — more than twice the legal limit — at the time of his arrest. Reiff was taken to Johnson County Jail and released at about 9:30 a.m. Saturday.

Whoops! Just your classic case of where you mistake a police car for an Uber and end up getting thrown in the slammer. Where is the lie though? That’s what I wanna know. I’m not saying it’s a police officer’s job to take home a drunk person who asks for a ride but it’s not not his job. It’s better than the guy getting behind the wheel and killing himself or somebody else. Kinda fucked by the cops to haul a kid to jail for just trying to get his drunk ass home. I get that he should just call an actual Uber but do the kid a solid and give him a lift home. That’s all I’m saying.

I will say, replying “yes” to the cop asking him if he thought the police cruiser was an Uber was his mistake. That makes him come off like an entitled asshole college football player so he shouldn’t have done that. Assuming a cop is just gonna give you a ride home cause you’re black out drunk is a dumb move but other than that, I think the cops could’ve just taken the kid home and never reported anything to anyone. .204 is druuuuuuuuuuuunk so maybe Brady was being a bigger asshole than the story lets on. Always a possibility.