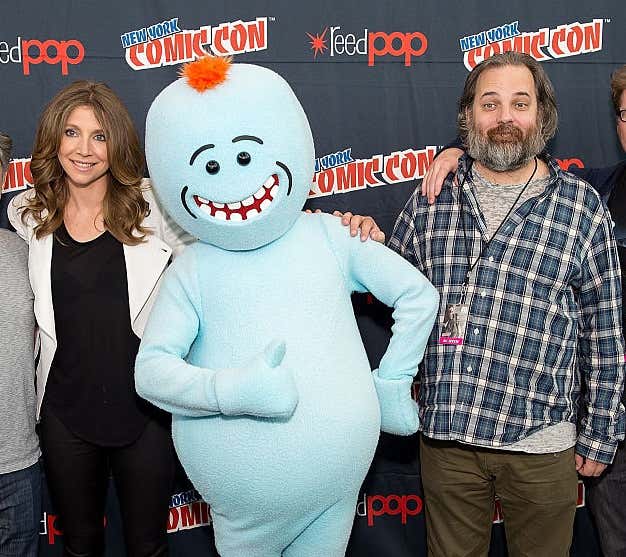 In the five-minute video, Harmon plays a child molester named Daryl who climbs through a window, pulls down his underwear, and rubs his genitals on a plastic baby doll lying on a couch.

“Hi, I’m Dan Harmon. You’re about to watch my controversial new pilot Daryl,” Harmon says in the video, which was presumably intended to be a joke and parody of Showtime’s hit series Dexter.

Dan Harmon also makes remarks such as, “I rape babies,” on camera.

After the video surfaced online, the creator of NBC’s Community deleted his official Twitter account. Harmon is the latest major Hollywood figure to garner attention for having produced online content making light of pedophilia and child rape.

If you listed all the good qualities people would like to be associated with for the rest of their lives in reverse order, the list would go:

And to be honest with you, I debated a long time whether to even blog about it for that reason. No matter what you say, someone’s going to accuse you of being either No. 2 or No. 3 on that list. And in an environment where very successful entertainers like James Gunn are losing their jobs over old jokes, the safe path is to feign shock and outrage rather than give anyone the ammo against you.

I won’t embed Dan Harmon’s video here, but you can click the link and see for yourself. And it IS pretty grim. As the concept of a grown fat man climbing on top of a doll pretending to rape it would suggest. In a nutshell, it plays off the conceit of Dexter, in which the hero is a serial killer, using his job as a therapist to find his victims. “I know that I’m a monster,” Daryl says. “But am I really so different from you? Who’s the real monster? OK … it’s me.”  Daryl rapes the doll. The doll’s father tries to stab him, but the doll appears in the doorway and stops the attack. Then, posing as a different therapist in a cheap wig, Daryl convinces the dad that the doll will grow up to be a serial killer unless the trauma of witnessing the attack is wiped out by … rape. So the dad asks Daryl to do it. “What you’re asking of me … will be … enjoyable. I’ll do it.” And he does. To Supertramp’s “Goodbye Stranger.” Roll credits.

It’s weird and dark and provocative as hell. But it is offensive in the way that a comedy creator’s career should be blown to bits over it, which seems to be our culture’s default setting now? I admit I’m a huge Dan Harmon fan. In my unhumble opinion, Rick and Morty is 1A/1B the best comedy on TV along with It’s Always Sunny in Philadelphia. Community struggled to make it to #SixSeasonsAndAMovie because it was too good for television. And I’d hate to see Harmon’s bizarre, creative genius get derailed because he used something as indescribably horrible as baby rape to satirize something as indescribably horrible as serial killing. Because that’s what satire is supposed to do. It provokes, sometimes to the point of being shocking, to mock something and make a point.

But these are the times we’re living in. The comedy pendulum is swinging fast and we still haven’t figured out how far it’ll go before it swings back. What was “edgy” a few years ago is unacceptable now. In his Netflix special “Humanity,” Ricky Gervais talks about his BBC’s The Office character using the word “rape” in a punchline, and how it’s all about context. For instance, there’s a joke he grew up telling in which a woman goes to the police and says “I’ve been graped.” And when they say “Don’t you mean ‘raped’?” she answers “No, ‘graped.’ There was a bunch of ‘em.” But how, even though that’s just a pun and a play on words, some will automatically accuse you of being pro-rape if you tell it.

In general, I’m a huge believer in letting people who are just going for laughs do their thing. There’s a limit where I’ll get offended too, but I’ll get over it. One of my favorite bits of all time was the late, great Sam Kinison’s one about the commercials to get you to feed starving kids in Africa. “I’m sitting on my couch! Why don’t you feed him? You’re only five feet away from him!” and “We’ve got deserts in America! We don’t live in them!!!” It was cruel and insensitive but hilarious and made sense in a strange, twisted way. The first 9-11 joke I ever heard was days after the attacks when Gilbert Gottfried said you can prove how good a person you are by how long you’ll wait after the World Trade Center collapsed before you masturbate. In his case? It was between Tower One and Tower Two. Just horribly inappropriate and way too soon. But he was the butt of the joke and helped prove that comedy would survive even that. Bob Saget has made a whole post-Full House career out of joking about sex with the Olsen Twins. And don’t get me started on The Aristocrats joke:

So raping actual babies is the worst thing imaginable. Agreed. A parody that uses a doll prop and baby rape for comedic effect is disturbing as hell. But comedy often is. And yet somehow, the republic has endured a lot of disturbing comedy and somehow we’ve managed to survive. I for one believe we’ll get through this and hope it doesn’t destroy Dan Harmon’s career. But these days, I wouldn’t bet on it.