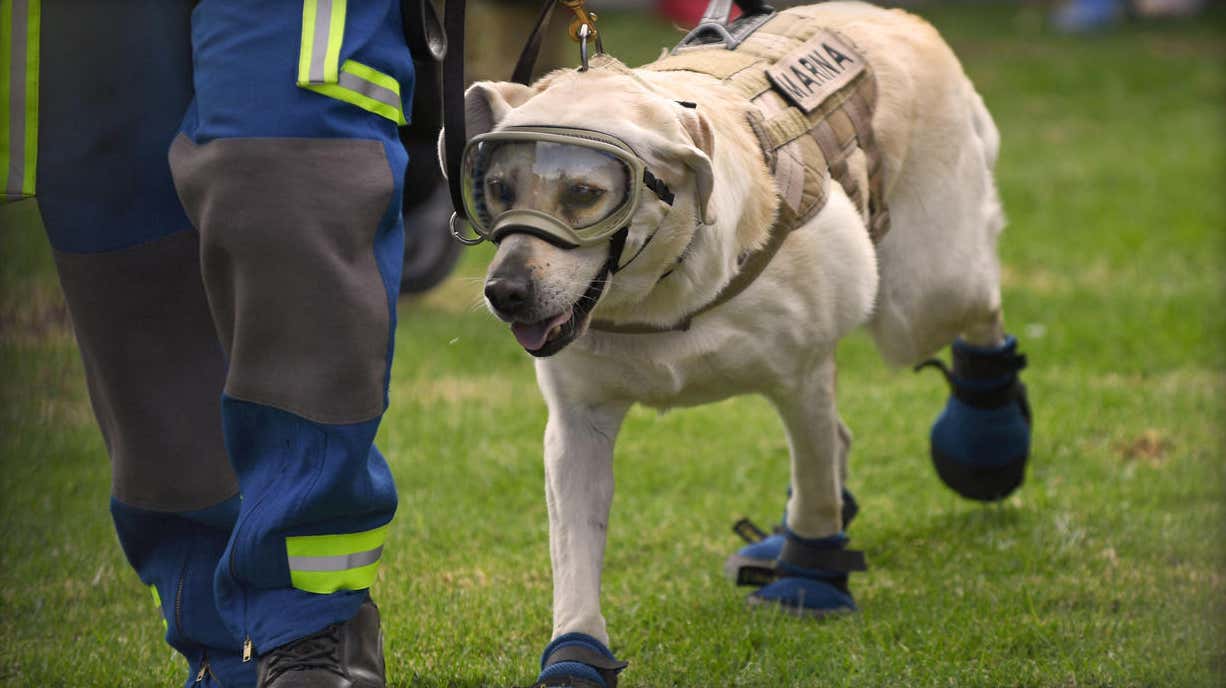 CBS News- A hero rescue dog who helped rescue people following last year’s deadly earthquake in Mexico City got to see a new statue this week erected in her honor, CBS Los Angeles reports.  Frida the Labrador retriever — wearing her protective googles, blue booties and vest — pressed her nose against the nose of her bronze likeness during a ceremony at an ecological park in Puebla City, Remezcla reported. Next to her statue is one of her trainer, Israel Arauz. A plaque in front of the duo reads: “Memorable symbols of the strength Mexicans can have when we decide to come together for great causes.” Frida and her trainer were deployed in the wake of the magnitude 7.1 earthquake that rocked Mexico City and its surrounding areas on September 19. Nearly 400 people died in the temblor and its aftershocks. Of those deaths, 228 were in the capital city. The 8-year-old pup, who works as a sniffer with the Mexican navy’s canine unit, is credited with saving at least 12 lives as she searched the rubble following the quake, according to CBS Los Angeles.

Oh hell yeah. Well isn’t that just the best. A little feel-good story to get Monday rolling when it’s pretty much all bad news out there. In case you forgot, Frida was the hero dog saved at least 12 lives while searching through the rubble after Mexico got hit by a 7.1 magnitude earthquake.  Statues can be controversial but this is one I think we all can get behind. No amount of time will pass where the statue of Frida the dog becomes #problematic. Nobody is gonna look at a statue of a dog who saved a bunch of lives after an earthquake and be like, “Shake my damn head.” Well not unless some unsavory allegations of unwanted butt sniffing are unearthed at some point.

How confused do you think Frida was when she came face to face with her statue? That had to be pretty terrifying to be honest. Dogs are smart but nothing baffles them quite like encountering something that looks exactly like them. It throws them for the biggest loop possible. Dogs freak the fuck out when they see their reflection in the mirror so I can’t imagine what was running through Frida’s head when she encountered a bronze version of herself. Anyway. Shout out to Frida for getting a statue. Well deserved. 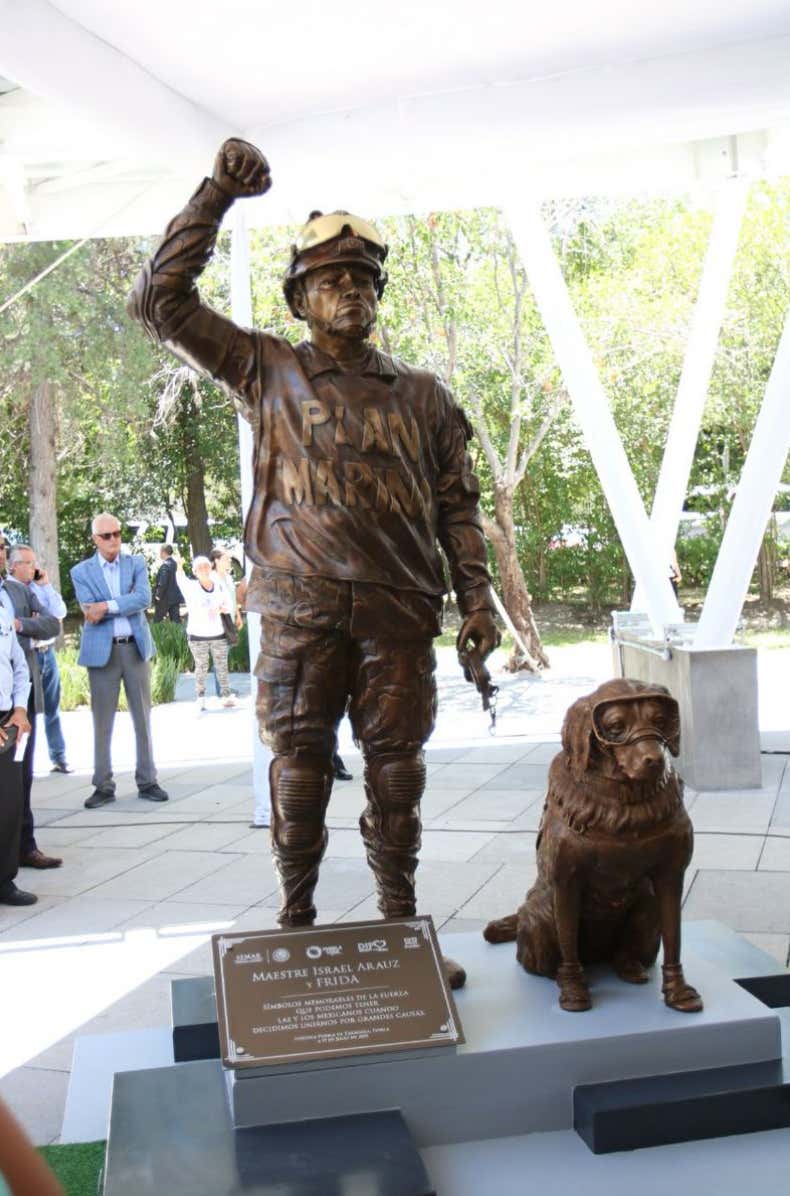