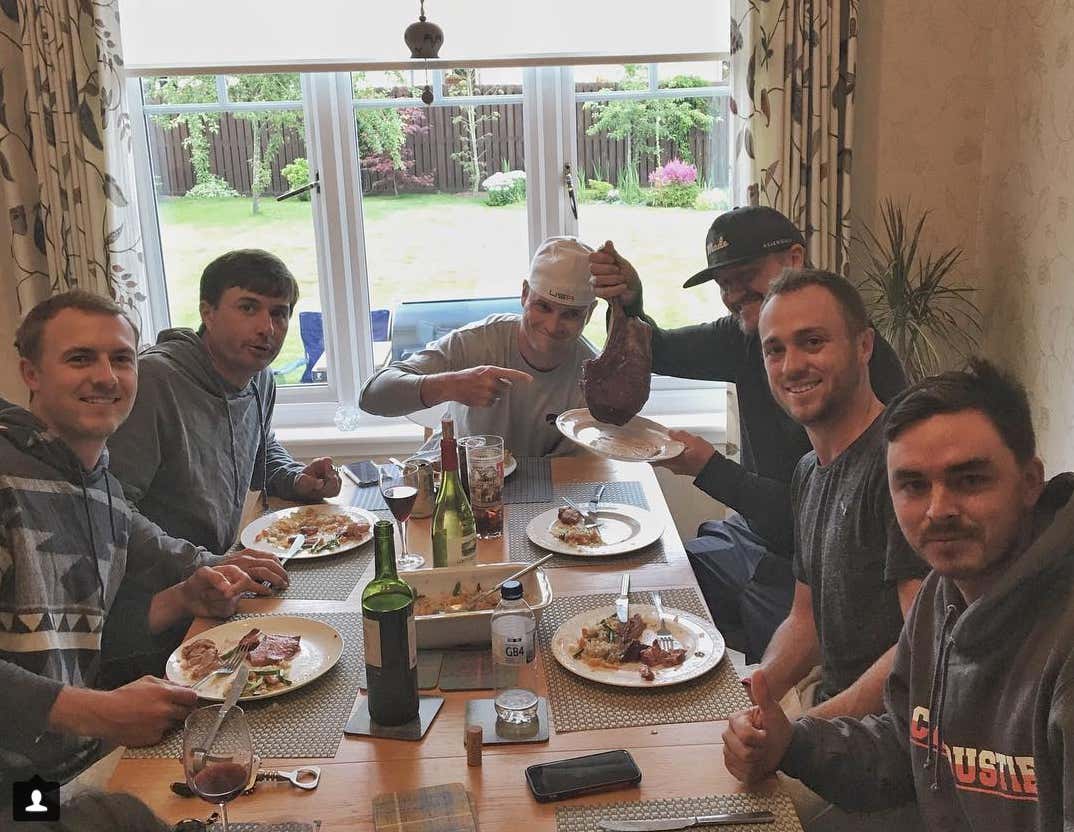 I saw this earlier in the week and didn’t think too much of it. Some guys hanging out. Kinda cool but whatever. But then I heard Spieth say today that he and Kiz woke up and chilled on the couch and watched the morning coverage and I got all giddy. Imagine how awesome that’d be. I get excited thinking about waking up in my miniature Manhattan apartment, grabbing a breakfast sandwich and catching Open coverage with my buddies. Now imagine doing that except you’re in Carnoustie and you’re leading the golf tournament and you get to head out there in the afternoon and give it a shot. You get to chill on the couch with your boys scouting pin locations and green reactions then take a spin around Carnoustie in the afternoon. Then at night you get to rip PKs at Duf’s head and reminisce over your rounds. It’s a classic 19th hole scene but full of major championship contenders in the midst of a major championship. Fuck me that’s cool. Perhaps I’ll take it easy on Justin Thomas going forward so I get invited to this cool house next year. Perhaps.