So we’ve reached the halfway point of the 147th Open Championship. There’s a lot to talk about, including a stacked leaderboard — which we’ll get to — but let’s start with Tiger Woods. Tiger remains the biggest draw in the game and it’s not close. The ratings, crowd sizes, and overall interest of professional golf prove that he doesn’t just drive the needle; he is the needle.

Tiger’s even par through 36 holes and 6 back from leaders Kevin Kisner and Zach Johnson.

It’s been a rollercoaster to this point. We were 2-under early on Thursday and looking to go low. We posted even par.

We were 2-over early today and looked like we were going high. We posted even par (after getting it to 1-under on the back nine and after missing a short birdie look on 18).

Tiger’s taking an incredibly conservative game plan thus far. He’s pulling tons of irons off tees and laying way back. I don’t know the exact stat but I believe he had 200+ yards into all but 1 par-4 on the back nine today. Birdie opportunities have been rare but so has trouble. It’s almost like he planned on being even bar and, voila, here we are at even par.

32 putts today and 61 through 2 rounds is a lot. Yes he’s playing conservatively so naturally he’ll have more putts, but he’s also missed a handful from short range and had a deflating 3-putt from about 25 feet yesterday.

He’s gotten the worst end of the draw, playing in rain and wind. Others have played in exclusively benign conditions. 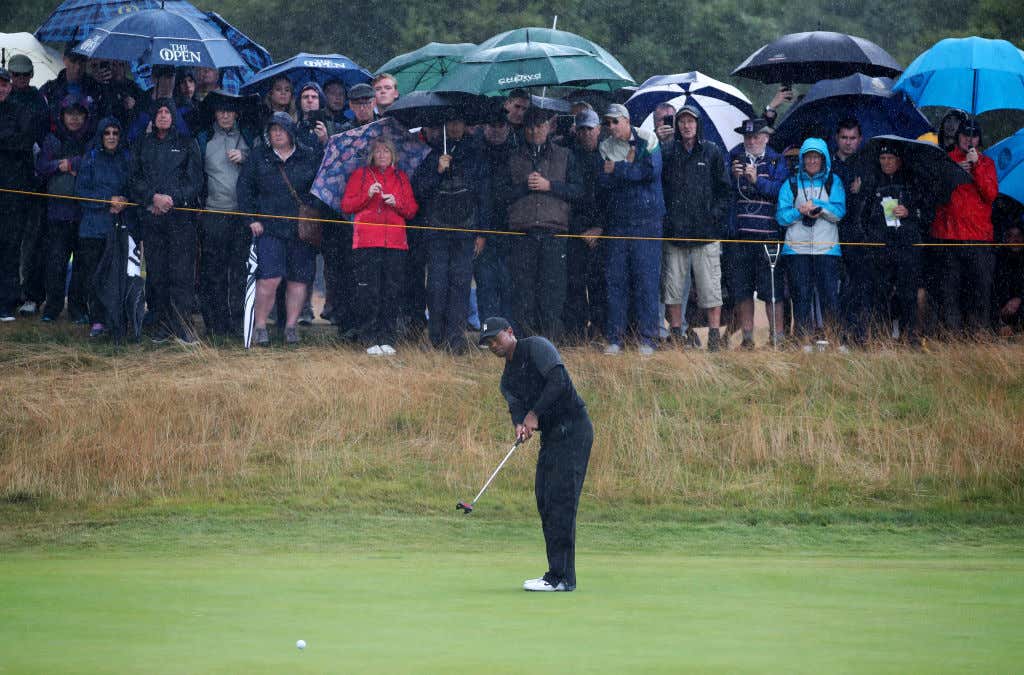 Yet through all that, he’s just 6 shots back. He’s inside the top-30. The wind is supposed to pickup throughout the weekend, so he’ll tee off Saturday at the Open Championship with a good chance for something in the 60s to get him in the hunt. I think winner is 8 or 9-under, so Tiger needs something around a 67 tomorrow.