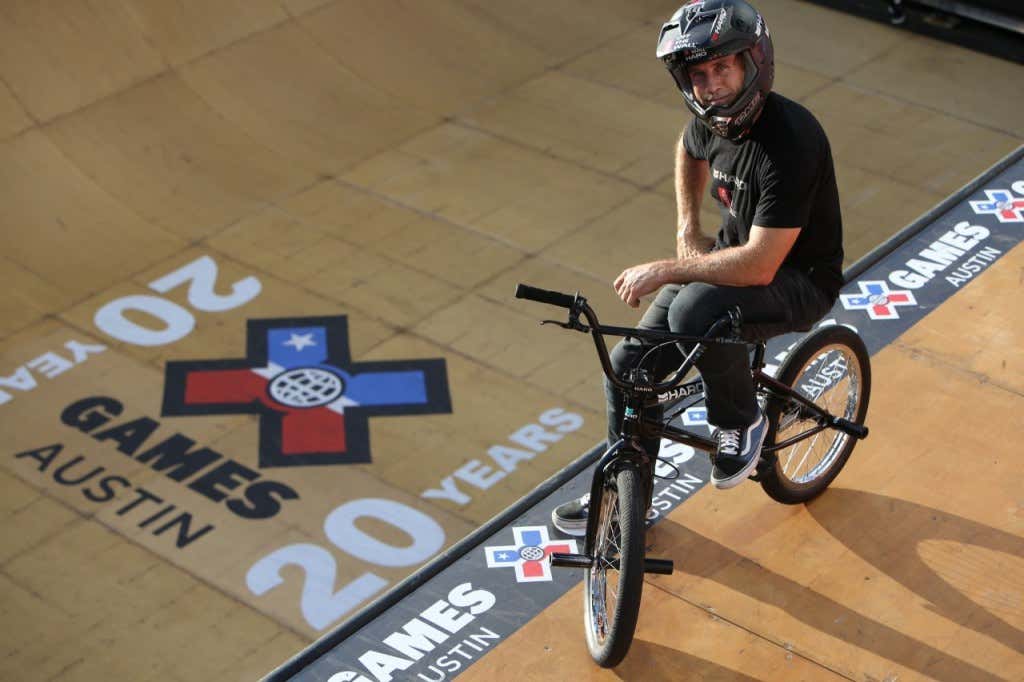 So a couple of things here. 1) Apparently the X Games are going on right now. It sucks that they don’t get nearly as much hype as they used to. I’d say that Tony Hawk’s Pro Skater 4 on PS2 was right around the peak of the X Games being an actual staple of mainstream sports. But it’s been getting less and less hype ever since then. I guess that’s what happens when Tony Hawk is 50 years old.

But 2) with the X Games currently going on right now in Minneapolis, there is a dude who is even older than Tony Hawk who is still competing. His name is Dennis McCoy. Maybe you know him, maybe you don’t. That’s not the point of the blog. The point here is that usually the way the X Games work is that each year there are kids who are younger and younger competing. It’s getting to the point now where I really wouldn’t be surprised to eventually see an 8-year old competing in the skateboard vert. But buddy over here is old enough to be a grandfather to an 8-year-old right now and he’s still ripping it up, and he just became the oldest dude to ever land a 900 in BMX vert history.

Are you kidding me? 51. The dude is fifty-one years of age. You’d expect this dude to be playing about 5 minutes of pick up basketball at his local LA Fitness and then spending the next week and a half icing up his knees. But nope. Dennis McCoy has been ripping up every single X Games since the X Games were invented. He hasn’t missed a one and he’s still out there landing 900s on a goddamn BMX bike. It’s equal parts impressive and depressing as hell. It’s impressive for some fairly obvious reasons. It’s depressing for the rest of us who are all decades younger than this man and in no world could ever imagine our bodies to hold up for that long to still be riding a BMX at the age of 50, let alone stomping out a few 900s at the X Games. What a sick bastard.