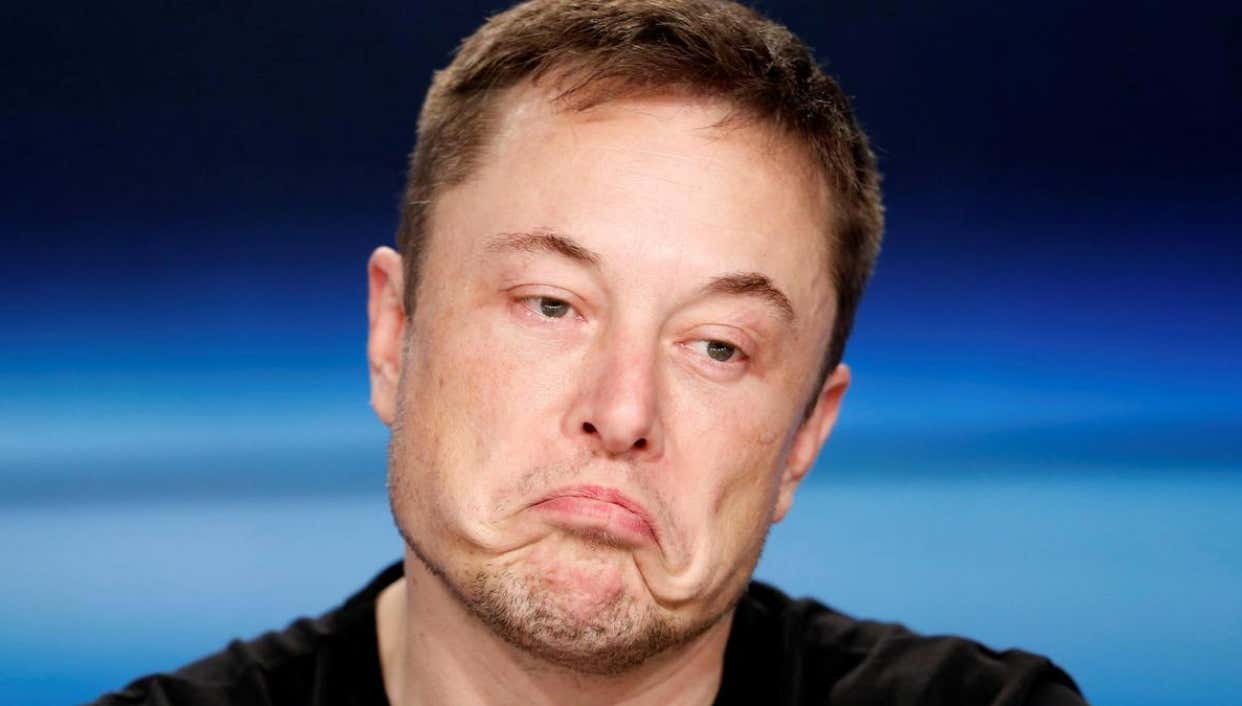 NYP- If Elon Musk’s outbursts suggest a distracted if not disturbed man, an analyst’s report on Thursday seems likely to leave the Tesla CEO unhinged. The ratings downgrade by Needham’s Rajvindra Gill cut 3 percent off Tesla’s stock price before it recovered to $320.23 a share, a 1.1 percent decline for the day. Most damning was Gill’s claim that nearly 25 percent of the orders for Tesla’s Model 3 have been canceled. “In August ’17, [Tesla] cited a refund rate of 12 percent,” the analyst wrote. “Almost a year later, we believe it has doubled and outpaced deposits.” Gill appeared sympathetic to those electing to bail rather than wait until 2020 for the $35,000 base-priced Model 3 — an electric vehicle not likely to be first available, he said, until the middle of next year. The analyst also forecast slower sales for Tesla’s Models S and X, noting the EV field is getting crowded and the Model 3 will siphon sales from the company’s higher-priced sedans.

Downgraded! Have a worse two week stretch than Elon Musk, you mother fucking can’t. Turns out you can’t call heroic divers pedophiles without the companies you run and head catching backlash. Even if you do crack to the pressure and throw out a half-hearted apology on Twitter. Who knew! This is really the best possible news for me cause whenever I talk shit about Musk people always hit me with, “Well what about Tesla? Those are some of the best cars in the world. What do you say to that, friend?” Uhhhhhh to that I say yeah they may be good cars (they’re not) but at this rate they only make about 7 of them per year. Those people also like to forget that Tesla’s self-driving cars have killed people. Ya know, minor details when talking about how awesome Tesla’s are.

Putting your name on the waitlist to get a Tesla is like putting your name on the wait list to get season tickets at Wrigley Field. Your spot just gets passed down from generation to generation. Your grand kids’ grand kids might get your Tesla. Maybe. Reports that 25% of the Model 3 orders have been cancelled is gonna be a toughhhhhhhhh thing for Elon supporters to defend. The walls are closing in on the all-powerful and all-knowing Elon Musk and I for one could not be happier. Society should be happy, too, cause he’s a fraud and frauds don’t deserve to last.