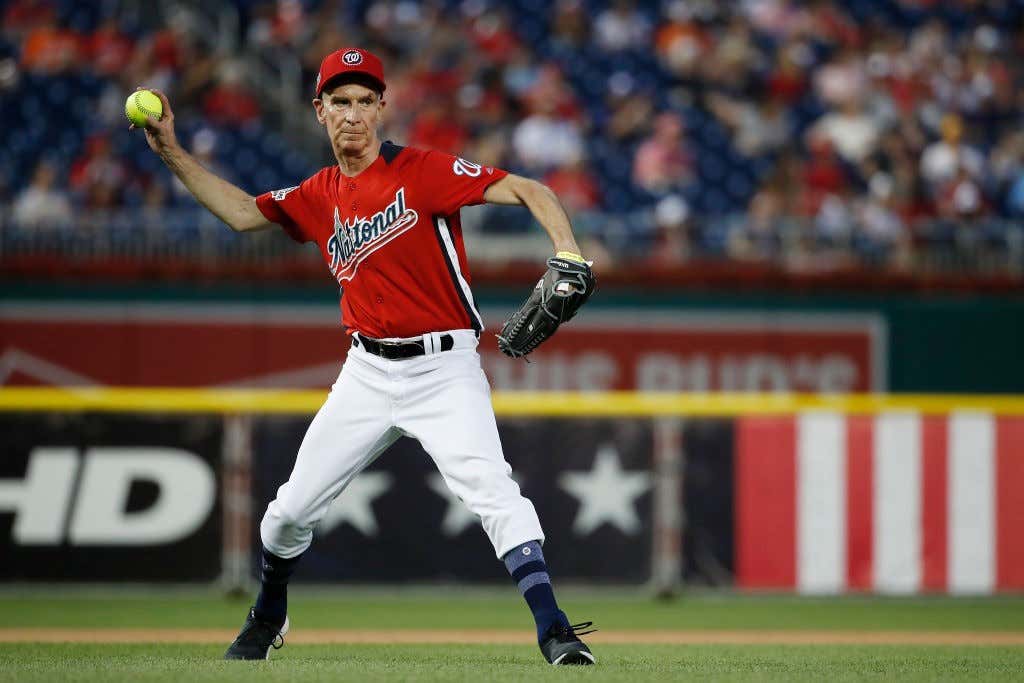 On a night where Bryce Harper and Kyle Schwarber put on a fucking show at the Home Run Derby, the night was stolen away by a scientist. Bill Nye the Science Guy, turned Baseball Guy, was about as electric as they come. Bill hopped in the ESPN News booth with Eduardo Perez and a few other ESPN personalities I didn’t recognize for the derby and was amazing. By the end of the telecast he was throwing the show to break and signing off, just absolutely taking control of the event. He was talking shifts and DHs and all things baseball. He even broke down the science of baseball in perfect scientist fashion. Just imagine a perfect world where ESPN Sunday Night Baseball got rid of Jessica Mendoza and subbed in Bill Nye permanently in the booth.

Once the Home Run Derby concluded, ESPN played their tape delayed celebrity softball game, which tends to be dull and boring short of that year’s swimsuit model running around while some guy from Modern Family hits seven home runs. Not last night. Last night, Bill Nye laced them up and took to the field. He was working counts, and not just up there swinging out of his shoes. On Base Percentage. That’s the name of the game for Bill. He worked the count full in his first at bat, but went down swinging on strike three. A minor setback only to setup a major comeback.

Do you think that deterred Bill from ever grabbing a bat again? No chance. The Science Guy probably went down into the cages, took some hacks, and watched game film. He came back up for his second at bat and hit a ball as hard as humanly possible for a clean base hit to right.

Statcast wasn’t going for this event, but I assume that was 115 mph off the bat. If that’s hit right at someone they evaporate. Bill fucking Nye. Scientist during the day. Baseball Natural at night.

Who would have ever thought we’d live in a time where Bill Nye and Wale would be having a catch in the outfield. What a moment for United States history.

Bill is a legend. We knew this as we grew up with his videos about all things science. We knew this when he walked in an elevator full of girls who immediately lost their breath the moment they saw him.

And we now know this after seeing him on the baseball diamond. Bill Nye for president.