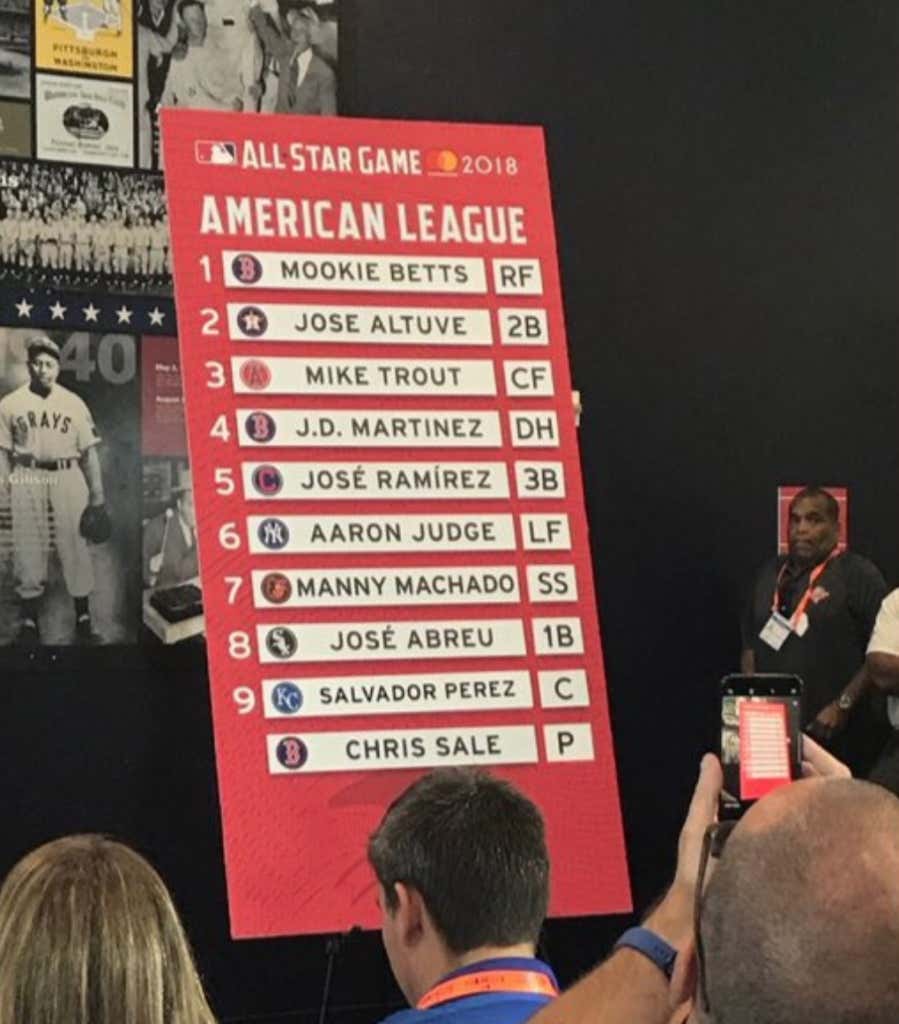 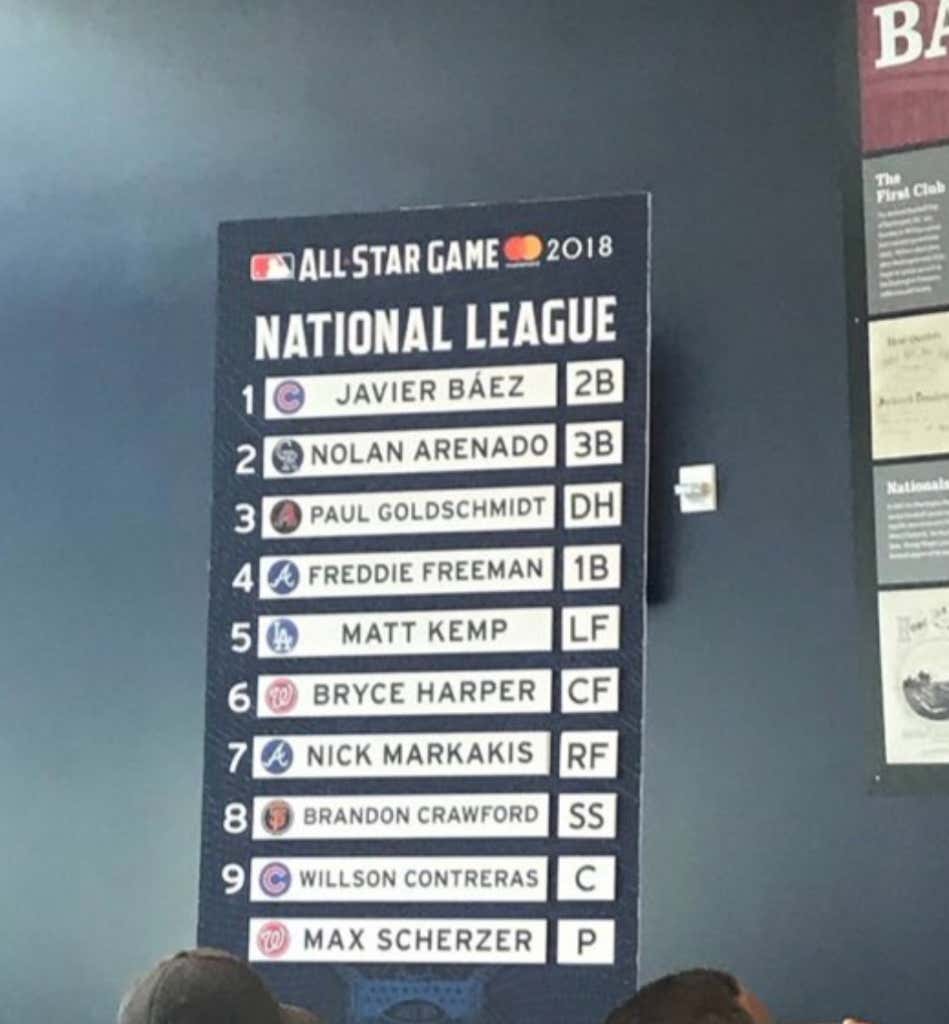 I mean holy shit! The National League is pretty much in the minor leagues compared to what the American League is throwing out there on Tuesday night. For Christ’s sake Manny Machado is hitting 7th and has 24 homers and 65 RBIs while batting .315 this year. Aaron Judge is having another great season and he’s hitting 6th. I know Nick Markakis is having a helluva year for Atlanta, but the AL outfield consists of Mike Trout, Mookie Betts, and Aaron Judge. You could make an argument that is the best All Star outfield assembled in the last decade and maybe longer? Betts-Altuve-Trout is actually a video game cheat code to leadoff the game. What do you do if you’re Max Scherzer in the first inning?

Every single one of those hitters short of Salvy Perez could be hitting in the three hole as the team’s best hitter no problem. The AL lineup has a combined 190 homers this year compared to the NL’s 144. The National League has won three times since 2002 and lineups like these make you realize why. There are certainly good hitters on the NL side with Arenado, Baez, and Goldschmidt but they don’t hold a goddamn candle to the other side. The NL’s only hope this year is that Scherzer and deGrom pitch the entire game. We could be in for a bonanza of runs. Take the AL and the over.

As for Chris Sale getting the starting nod over Severino or Snell? I have no problems with it. The dude has 188 strikeouts and it’s fucking July 16th. Could have easily gone to the other two, but I won’t lose sleep over it. Severino limped into the All Star break while Sale and Snell didn’t. Not going to get bent out of shape over an exhibition game.

Pray for the NL.