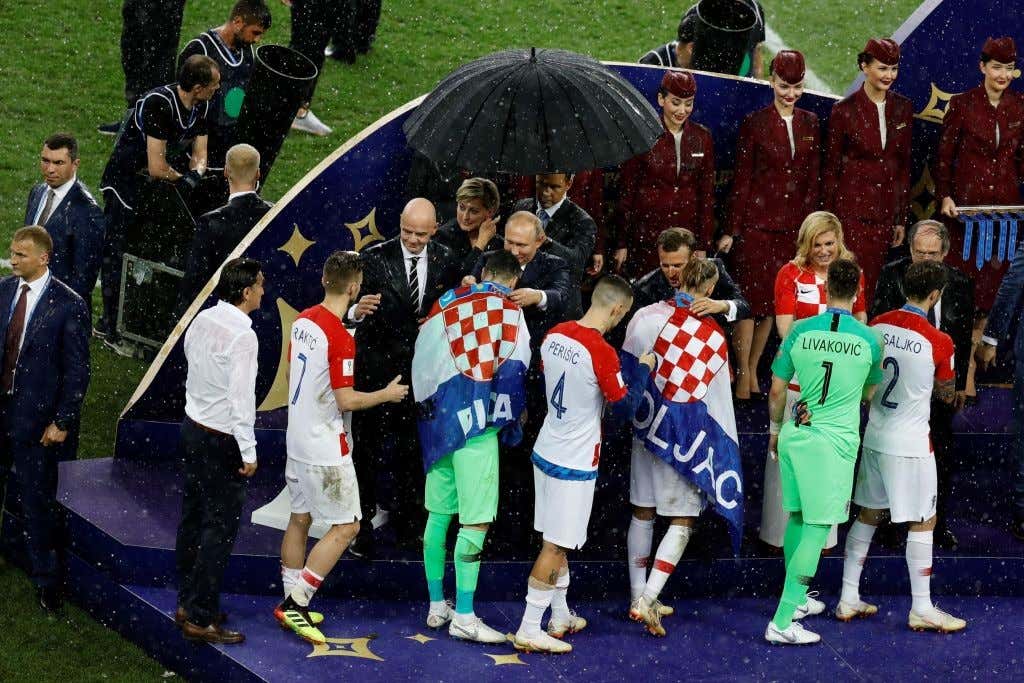 Look at Vladimir Putin stunting on the rest of the planet during the World Cup’s closing ceremony. Power moves only for Vlady Daddy. It would be one thing if Putin did this move if he was the only guy on stage. I get it. Powerful people get treated differently than us commoners. P fucking Diddy had Fonzworth hold an umbrella for him for years.

Jerry Jones has his own glasses cleaner guy.

But being the only guy on stage with an umbrella holder in the rain despite being alongside the head of the World Cup winner, the head of the World Cup’s best story, and the head of an organization maybe even more corrupt than Russia is the definition of gangster shit. Putin doesn’t have time for manners or chivalry. Just big dick energy statements. The fact we made it through an entire World Cup without a bearded Bob Ley camped outside the Kremlin talking about all the shady shit Russia did during the bidding process, building process, and actual games was a win for Vlady. Getting that picture taken was the cherry on top. Yeah everybody ended up getting their own Umbrella Person once it started to monsoon.

But Vlady was the only guy that had that umbrella from the time it was a drizzle to when it became a downpour. You know why? It was outta respect. (Or because holding an umbrella is that guy’s only job and if he didn’t do it perfectly, he would currently be buried in a shallow grave somewhere in Sibera next to those streakers from yesterday’s game).