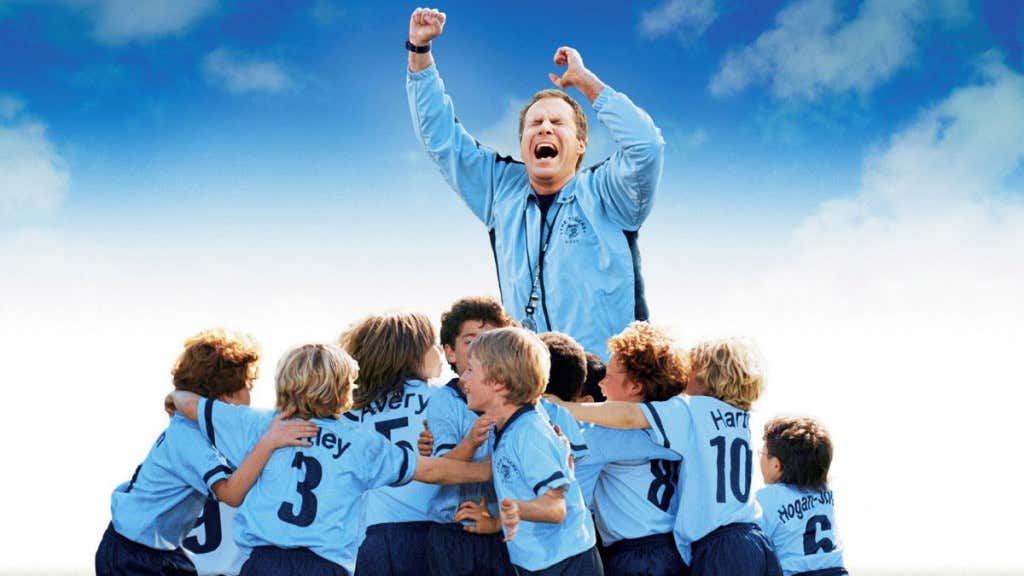 With the World Cup over, lets do an examination of the top 10 soccer movies. Let me give the small disclaimer that soccer movies, by and large, suck eggs. I have no idea why, but there isn’t really the same oomph to any of them like there is in some of Football, Hockey, Basketball, Baseball, Boxing and Golf movies. ‘BASEketball’ is better than 99% of these movies and thats not even a real sport. ‘Cool Runnings’ is better than most of these. ‘Dodgeball: A True Underdog Story’ is better than….ok you get the point.

Also shoutout to the director of Dodgeball, Rawson Thurber, who came on the pod to talk about ‘Skyscraper’ and DJ’s insane jump. It was actually CGI, did you know that?

Ok enough plugging. I played soccer from when I was 4 until college, and while football players got to look to movies like ‘Rudy’ and ‘Remember the Titans’, I was retorting with “Oh yea, what about ‘Bend it like Beckham?!'” I don’t know if they could hear me from outside of my locker but it wasn’t a great comeback regardless. Soccer is a fun sport with a ton of historical storylines that deserve better than what Hollywood has given it so far. Lets talk soccer!

Look, the dog plays soccer. I can’t leave it off this list while retaining my credibility as a movie critic. A damn golden retriever leads a team to a state championship, that’s cinema at its best, baby! Also, a guy steals Buddy’s whole litter to sell them for whippets. Thats a pretty dark anecdote I didn’t remember  until reading the wiki summary.

The thing about ‘Fever Pitch’ is that, much like its American adaption, it sucks and is actually not very good. We are in the best soccer movies though, so it makes the list. If you’ve seen the Fallon one, you basically get the gist of this as well. Colin Firth plays a die hard Arsenal fan and the movie revolves around the conflict of that fandom and his relationship with Ruth Gemmell’s character. It all culminates with Arsenals first championship in 1988 with both couples learning some lessons about themselves along the way blah blah blah. It’s a movie that makes this list because of its dive into the fanaticism of fandom, much like the next entry.

A look into the world of soccer hooligans, Elijah Wood is probably the last person you could ever imagine getting into a real fight. Thats sort of the point, I guess, as you see him transform from an Ivy League dork into, well, still an Ivy League dork but one with some more chutzpah. Wood did a solid job, as well as Charlie Hunnam as the psycho leader of the GSE. Random note that Rafe Spall, who was one of my least favorite villains of the last decade in ‘Jurassic World: Fallen Kingdom’, was in this as a goon as well. All I know is that I prefer American fans who just eat horse shit off the street and climb lamp posts over people stabbing the shit out of eachother. You fkn wot m8???

You got Sly Stallone playing soccer with Michael Caine and fucking Pelè against the Nazis. There is absolutley nothing absurd about that at all. The movie is about a group of WWII Allied prisoners that get chosen to play the German National team in an exhibition match. Before the match, they set up a plot to also escape after the game ends. Basically, the director watched ‘The Great Escape’ and then ‘The Longest Yard’ and made an combined them both to make this incredible feat in cinematic history.

A actual adaptation of ‘The Longest Yard’, it was actually sort of charming how weird this turned out. I’m a big Vinnie Jones guy, and Jason Statham as Monk was a great addition. The clip above was a halfway decent adaptation of the ball breaker scene, and I think they did a good job converting the rest of the movie for viewers across the pond too.

This is actually a decent movie with a great story arc, solid pacing and very heartwarming performances by Keira Knightly, Parminder Nagra, and Jonathan Rhys Meyers. A classic story of cultural rebellion, Jess wants to play soccer but is forbidden from doing so by her strict parents. There’s also a love triangle b-plot involving Jules, Jess, and Joe which in hind sight may have been fucked up considering they didn’t really clarify Joe’s age to my knowledge. Who’s to say!

I have no idea how this only has a 43% audience score on RT, it was probably one of the better average level comedies of the mid-2000’s. A multi-generational father/son relationship on the brink, shakycamera shots of kids playing soccer and Mike Ditka? What are you guys thinking?? Theres a lot of laughs and a memorable story, all climaxing with young Sam shaking fucking PEETA MALARK himself, Josh Hutcherson, out of his damn boots!

Between this and ‘Kung Fu Hustle’, I sort of thought Stephen Chow was a genius. That is, until we watched ‘The Mermaid’ for an episode with ole Donny Does last year.

It was one of the worst movies I’ve ever seen, and he directed, wrote, composed, and produced it which is insane. It might just be a cultural difference though, since its the 4th highest grossing movie of all time in China and got Chow nominations in just about every category at the Hong Kong Film Awards. Point is, Shaolin soccer was great. So over the top and campy, with SFX that weren’t terrible even for a Hollywood movie in 2001.

I mean, theres the whole movie in HD if you want. This trilogy was almost like a full length Fifa career mode movie, with a kid from the streets making it all the way up to the big leagues and international play. There’s a TON of cameos throughout, probably too many. It’s basically one big cameo reel with the protagonist plot just being used as a driver for them. It is heartwarming, though, and you do see a whole lot of goals like the title implies. The first installment is probably the best and most substantial, but the other two give you an interesting look into fame catching up to a pro athlete and fucking up his humble roots. I think its deserving of the #2 spot because its one of the better combinations of story, acting, pacing, and most importantly, drawing intrigue to the sport.

Fundamentally the best made movie of this lot, it tells the story of real life manager Brian Clough and his time at Derby as well as his short stint at Leeds. Michael Sheen had a phenomenal performance, and Tom Hooper(The Kings Speech, The Danish Girl) put together a cohesive piece that actually gets you very interested in what is a niche biographical drama.

Some honorable mentions include ‘Will’, ‘The Big Green’, ‘The Game Of Their Lives’, ‘There’s Only One Jimmy Grimble’ (which was basically ‘Like Mike’), and ‘She’s The Man’.

Make better soccer movies, Hollywood! Think I missed something? Are you a ‘She’s the Man’ superfan and are pissed it didn’t make the list? Tweet us or let us know on Reddit. Also follow Sam’s Army, our resident soccer expert, for insight on international and club play. I’m curious what he and fellow soccer superfan/media Czar Mikey Podcasts think about this list. Just know that if you’re reading this and agree with my list, tweet me and thank me for my service on this serious blog. If you disagree with my list, it was actually satire and just a joke, man. Also if you’re a soccer fan, PMT interviewed Wayne Rooney on today’s episode which is actually insane.