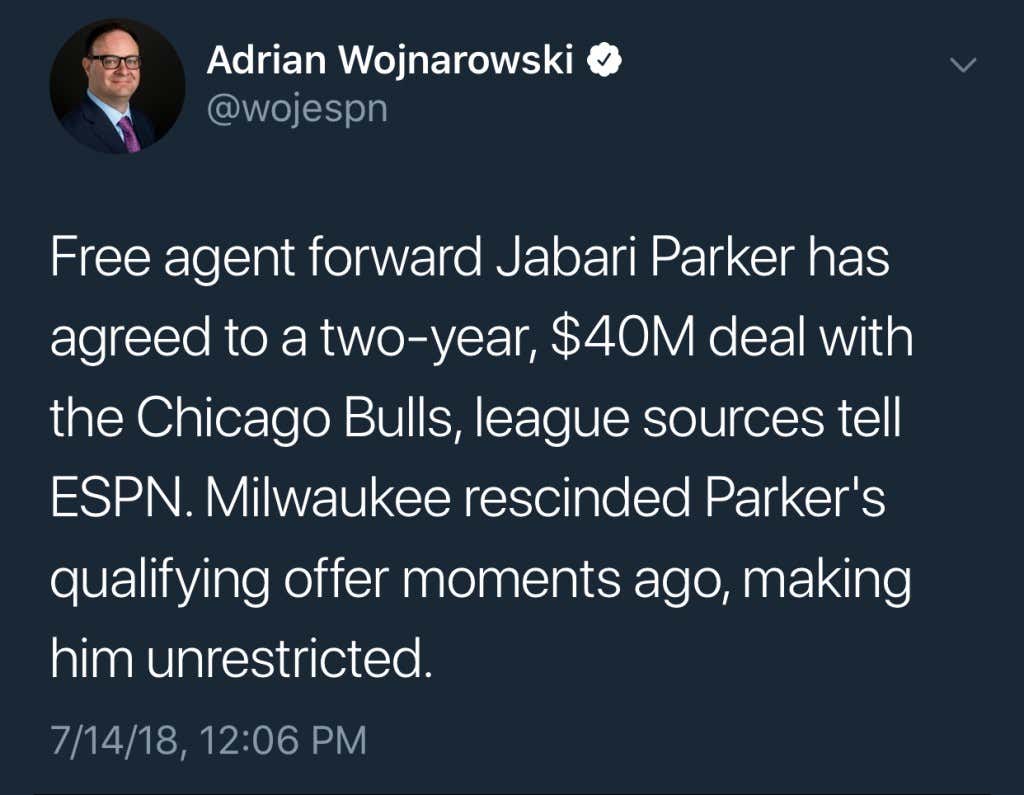 The agreement was consummated on Saturday, moments after Bucks GM Jon Horst removed the qualifying offer on the restricted free-agent forward and allowed him to become unrestricted. The Bucks weren’t going to match a Bulls offer sheet, and the deal — brokered with Parker’s agent Mark Bartelstein — allowed a good-faith gesture for Parker to sign a shorter deal with the Bulls.

The second year of the deal is a team option, league sources say, which lowers the risk on Chicago based upon Parker’s two ACL injuries and gives both sides flexibility to turn a short-term relationship into a long-term deal should Parker stay healthy and productive next season.

One of Chicago’s oft-injured sons is coming home. My initial reaction was to laugh at $20 mil per year for a guy who just averaged 10 PPG in the playoffs and can’t cover anyone. The Bucks not needing the 48-hours to decide if they’re going to match feels like a rather large red flag, too. Letting a former #2 pick walk for nothing is either an indictment of Jabari or the ineptitude of the Bucks front office, I suppose time will tell. And then I found out the Bulls planned to play him at small forward which, according to the numbers, turns out to be less than ideal.

But there are plenty of positives here for Bulls fans. For starters, Andrew Wiggins got many more dollars for many more years. So this isn’t that, which is good. Also, Jabari’s just a season removed from putting up 20/6 on 49/37/74 over 51 games on a career high 34 minutes per game. Jabari’s knees are in fact made out of graham crackers, which is part of the reason there wasn’t a huge market for him this summer, but that’s where the contract set up is a big plus. If he is broken, then it’s just one year and you get that cap space back next summer. If he has a healthy season and can be 70-80% of the guy from two years ago, then you’ve got another scoring option to play along side Lauri and LaVine. The Bulls are perpetually destined to be stuck in no man’s land, so I expect Jabari to be just good enough this year to help get the Chicago the 13th pick next year.

Overall I don’t hate the risk, he’s still just 23-years old, but with Lauri, WCJ, Robin Lopez & Bobby Portis already taking up the lions share of the front court minutes, playing him out of position at SF is going to lead to a whole heap of easy buckets against the Bulls.

As for Big Cat’s official take on this signing: 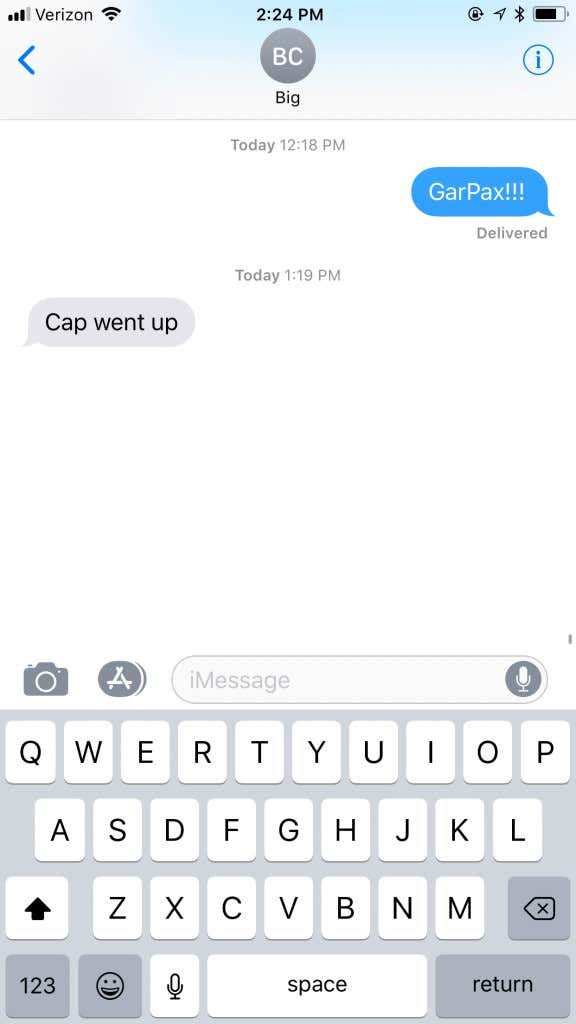