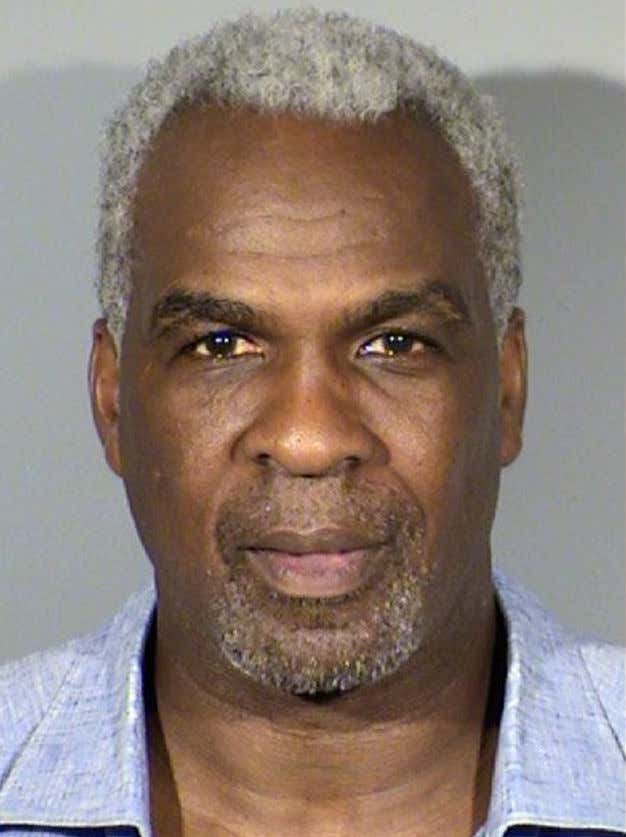 TMZ- Charles Oakley is learning the hard way … if you try to cheat a Vegas casino, you’ll end up behind bars. TMZ Sports has learned … the ex-NBA star was arrested at the Cosmopolitan on July 8 after allegedly trying to pull a fast one during a gambling session — and it was all caught on video. Officials from the Nevada Gaming Board tell us Oakley “was suspected of adding to or reducing his wager on a gambling game after the outcome was known.”

Unclear what game he was playing at the time — but one source with knowledge of the incident says Oak tried to pull back a $100 chip after he realized he was going to lose.

Oak was confronted about the incident — and it was kicked over to a security team which reviewed the casino video footage … confirming the alleged cheating. The 54-year-old was taken into custody at 5:30 PM and booked into Clark County Detention Center. Oak’s gambling charge is serious business — “to commit or attempt to commit a fraudulent act in a gaming establishment.” He faces between 1 to 6 years in prison if convicted. A source close to Oakley tells us, “This is an insignificant matter that will be quickly resolved.”

He was arrested for allegedly holding one of his own chips! Are you kidding me? They are devoting law enforcement resources to sting operations for this? There has to be higher priorities!!! #SetUp #Basta. The fact all this happened a few days before James Dolan was spotted at a Knicks Summer League game in Vegas seems a little too convenient to me. #Hmmmmm

If this wasn’t a setup, it was clearly just a big misunderstanding. The Charles Oakley I know and love is a pillar for honesty and virtue. If you got walloped on the court by Oak during the 90s, you deserved it. He was firm yet fair. A basketball playing Thanos if you may. At the very least, this was just a prank played by Oak to loosen up the mood at the table. Everyone loves the ol’ “Oops let me take back that chip I’m clearly about to lose” gag before giving it back to the dealer. Cracks the table up and breaks the tension every single time. Besides, everyone knows that Vegas casinos have more cameras to catch people doing stupid shit than Barstool HQ.

If Oak wanted to take money from a Las Vegas casino, that’s exactly what he would do. To continue with the Avengers comparisons, the Oakman has the strength to bulldoze his way into the cage like The Incredible Hulk and leave with as much money as he wanted. He doesn’t have to be a Sneaky Simon and try to pull back a $100 chip like a peasant. And lest we forget that Oakley just happens to be the best friend and enforcer for Michael Jordan, who is worth a cool $1.5 billion and can still sell shoes that came out 30+ years ago for as much as he wants. There is no way Charles Oakley is worried about losing a c-note to the Cosmopolitan as long as Michael Jordan is alive and smoking stogies.

All of this was clearly some sort of setup/misunderstanding/prank. In fact, I think it’s time to print the shirts again!!! #FreeOakley #FireDolan