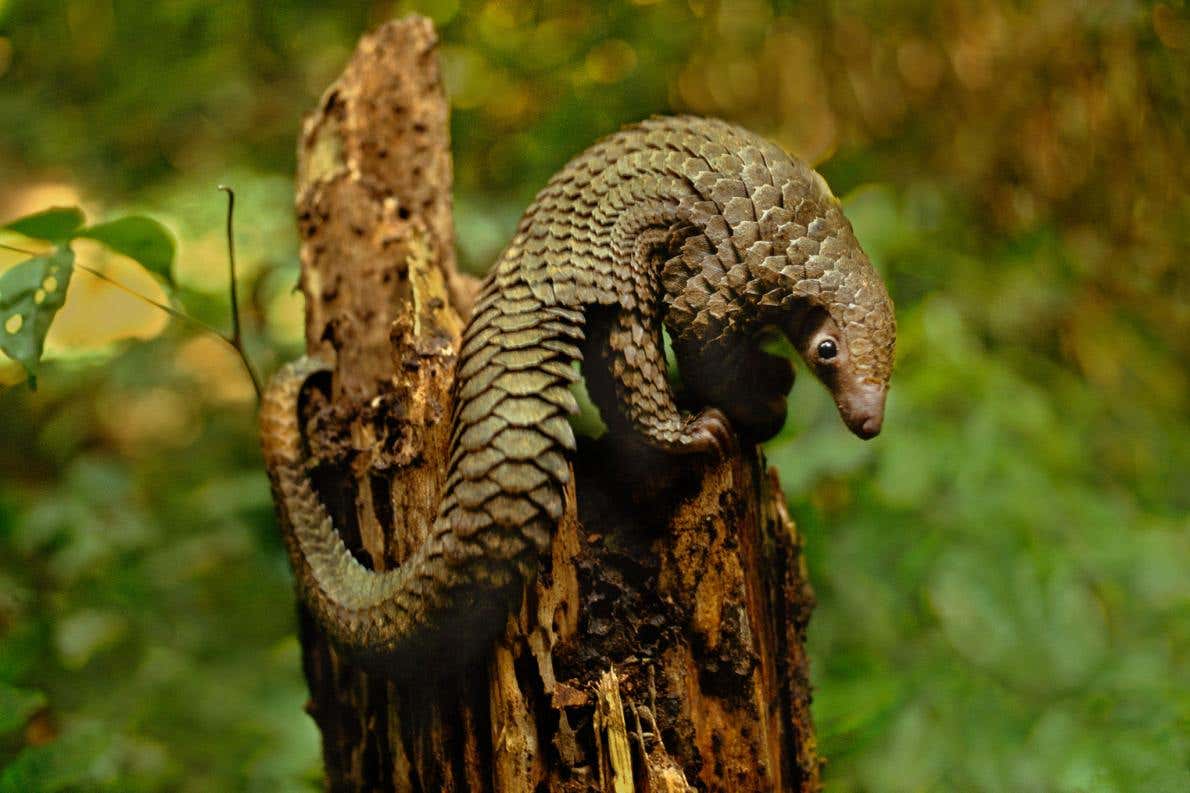 Nat Geo – British researchers have tested a method to lift fingerprints from the scales of pangolins, an endangered ant-eating animal believed to be the most trafficked mammal in the world. Using standard gelatin lifters—small sheets with adhesive on one side commonly used by crime scene investigators to collect fingerprints and other trace evidence—researchers with the University of Portsmouth in England and the nonprofit Zoological Society of London (ZSL) have successfully lifted clear fingerprints off pangolin scales. Showing that this is possible means that law enforcement around the world could use this simple technology to identify the poachers and traffickers who have handled pangolin scales.

During the past decade, some one million pangolins have been poached and trafficked, primarily for use in traditional Asian medicines and as a delicacy at restaurants in Asia. The four Asian pangolin species are considered critically endangered, and the four African species are at risk, especially as traders have begun targeting them now that the Asian species are harder to come by. The international commercial trade in all pangolins and their parts is banned.

I think I speak for everyone on God’s green earth when I ask, what exactly IS a pangolin? I’m lukewarm on armadillos and I’m always grateful for the opportunity to see one dead on the side of I-95 in northern Georgia every summer, but I’m simply not familiar with pangolins. I keep saying the word aloud but it just doesn’t feel right. I mean what a fucking stupid name. I’m actually upset about it now.

We’ll talk about what pangolins are in a second but it’s just simply unfair how little of a shot these strange strange creatures ever had after they were given the name “pangolin” by God as he was writing the bible. Why would anyone ever care about something with such a ridiculous name? Talk about a throwaway mammal. It’s like he wasn’t even trying.

As it turns out, these things are actually the most trafficked mammal in the world. Hours of research tell me witchdoctors in Asia use them for traditional medicine and also people pay a lot of money to eat them even though it’s illegal. I don’t think people keep them as pets because they probably just curl up like cowards when you try to play with them, but obviously either way there’s a problem here.

Scientists seem to think they’ve figured out a way to pick up finger prints on the scales of these illegally traded pangolins, which would help them find the people involved in all this illegal trading, so I guess that’s cool but it also seems like something they should’ve thought of a long fucking time ago. I’m no scientist but I’ve watched a lot of Law and Order and people leave fingerprints on everything. Also semen. Lot’s of semen. You guys should look into that too.

I really do hope all this new science helps the police save all the pangolins in the world, because I think I’d like to eat one someday just to see what all the fuss is about, but other than that this is more about pangolin awareness. Now we know what pangolins are. You’re welcome for that.