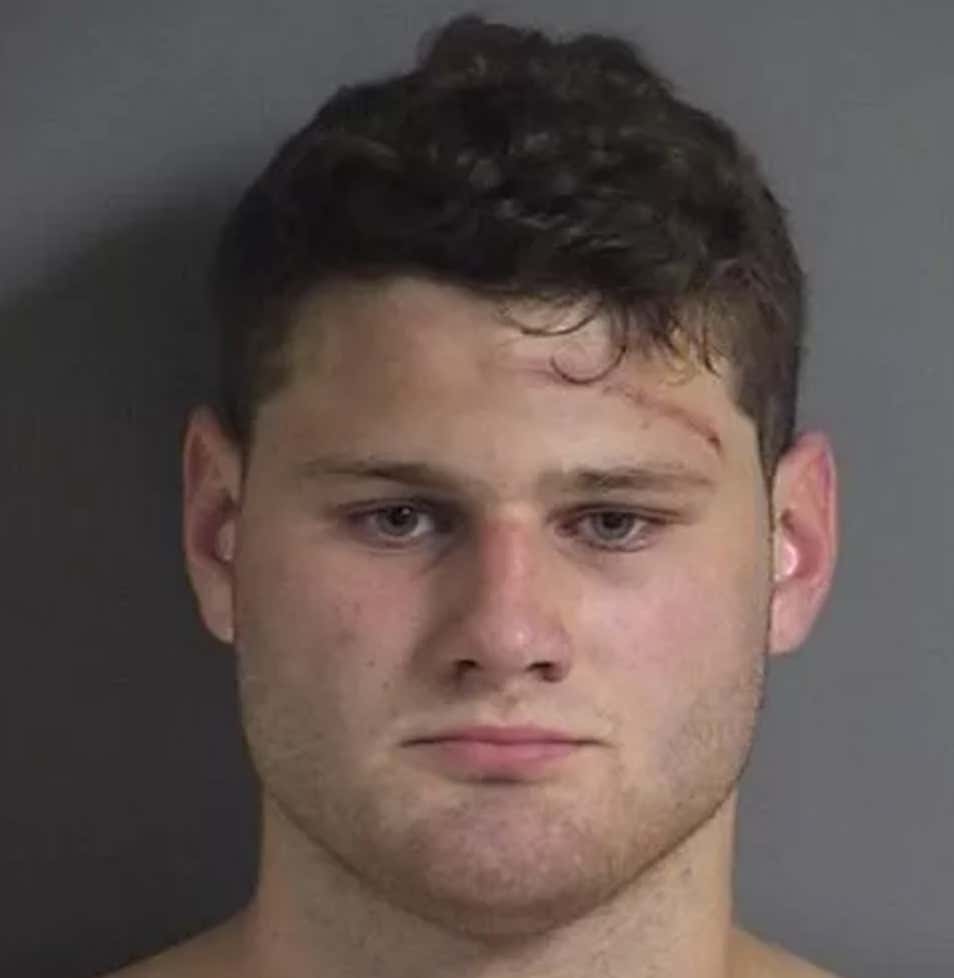 Turner Joseph Ellis, 19, of Urbandale was arrested and charged with assault on persons in certain occupations, bodily injury, an aggravated misdemeanor; after he allegedly pushed an Iowa City police officer to the ground and causing a knee injury.

Lot of stories today getting us fired up for college football season.  A coach smashing logs with a motherfucking axe.  College linebackers assaulting police officers with “football moves.”  Clearly Turner Ellis has got the season on his mind.  Been out there pounding the sled so hard it flips over onto its back.  Doing up downs until the sun goes down, Oklahoma drills with whoever is within 500 feet of the field.  Working on his technique so hard he can’t turn it off in his brain.  Not even when an officer of the law is trying arrest him knocking somebody out.

Police found Ellis standing over a male that was knocked out and on the ground. When police made contact with Ellis, he started to run away. Police chased him and finally caught him.

Great breakaway speed too.  A multi tool player for the rejuvenation of the Upper Iowa Peacocks dynasty.

Police found Ellis to be intoxicated. After his arrest, he was found to have a .142 blood alcohol level.

Ellis is listed on the football roster for the 2018 Upper Iowa Peacocks as a redshirt freshman linebacker.

Now should you be using your football  moves on police officers and tearing their ACLs?  No you should not.  Coach should be working with Ellis on channeling that aggression away from law enforcement and towards the guys in the opposite color jerseys.  But he’s a redshirt freshman.  You don’t earn that until at least 3 months into your first season.