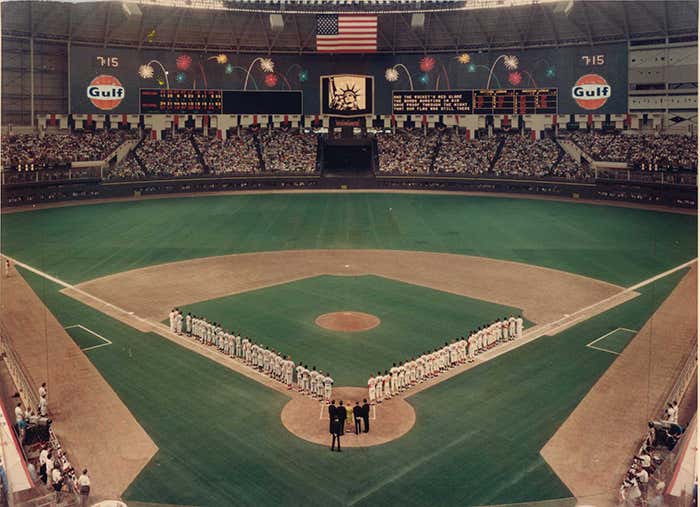 In the year of the pitcher, the All-Star Game goes indoors for the first time at Astrodome in Houston. In keeping with the theme of the year, the All-Star Game is the lowest scoring ever, with the National League winning 1-0. The game’s only run scored on a double play and was the result of an error. Willie Mays of the San Francisco Giants who score the run was named MVP.

The 1968 baseball season was called the year of the pitcher, as offenses were stymied at a record rate. Don Drysdale of the Los Angeles Dodgers set a record with 58 and two-thirds innings without allowing a run. Bob Gibson of the St. Louis Cardinals had one of the great years ever, with an ERA of 1.12 with a record of 22-9. Meanwhile in the American League Denny McLain of the Detroit Tigers became the first 30-game winner since Dizzy Dean in 1934, posting a record of 31-6 with a 1.96 ERA.

Jim Fregosi of the California Angels led off the game with a double but would not score as McLain retired the next three batters. Willie Mays of the San Francisco Giants led off the bottom of the first with a base hit. From there Mays moved to second on an errant pickoff throw from Luis Tiant. Curt Flood of the Cardinals walked with Mays advancing to third on a Wild Pitch as it was clear the Indians starter from Cuba had some early nerves. Mays would score the game’s only run when teammate Willie McCovey hit into a double play. After Hank Aaron of the Atlanta Braves walked, Tiant ended the inning on a groundout by Ron Santo of the Chicago Cubs. 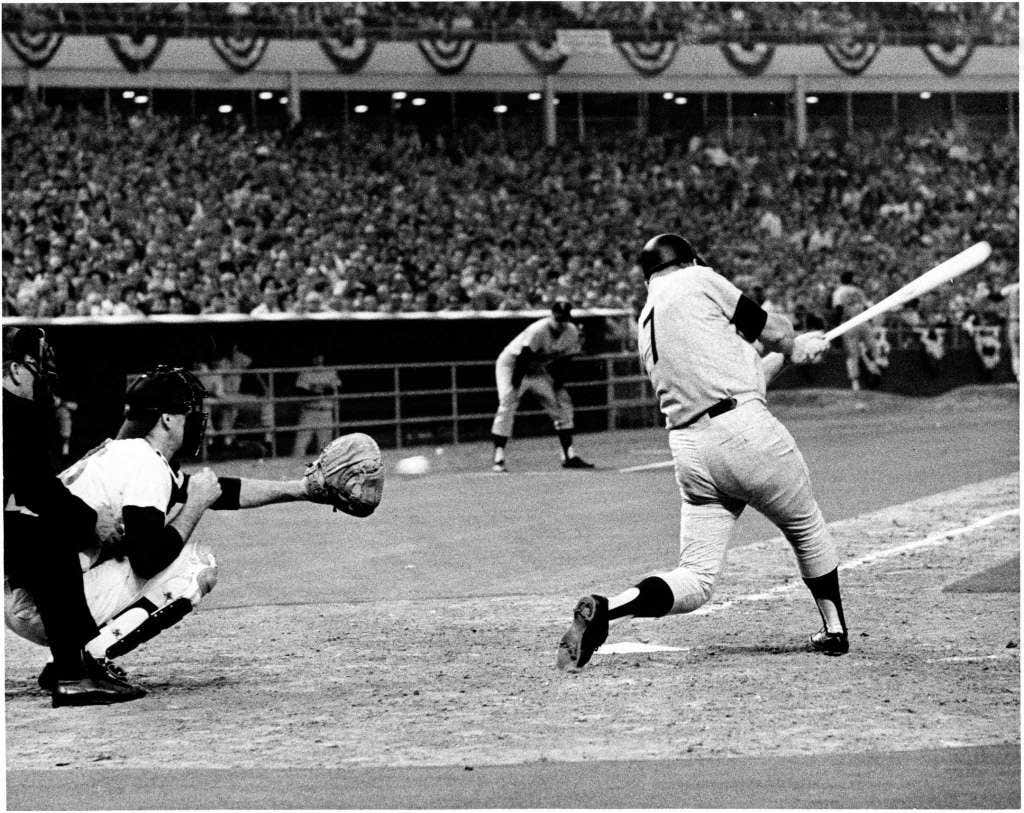 After the first inning base runners came at a premium. Tommy Helms of the Cincinnati Reds led off the second with a double for the NL but was stranded as Luis Tiant settled down. In the fourth Blue Moon Odom of the Oakland Athletics issued a pair of one-out walks in the fourth, while Curt Flood worked out a walk against Denny McLain in the second. The American League meanwhile went down in order from the second through the sixth inning as Juan Marichal of the Giants and Cardinals Lefty Steve Carlton followed up Drysdale with perfect relief. The National League got the first two runners on in the sixth, as Hank Aaron singled, and Ron Santo walked, but McLain retired the next three to keep the score 1-0.

The American League finally broke their drought in the seventh inning as Tony Oliva got a two-out double against New York Mets hurler Tom Seaver. Oliva would be stranded at second as Seaver struck out Cleveland’s Jose Azcue. Azcue’s Indians teammate Sam McDowell had three strikeouts in the seventh, around a two-out single by Matty Alou of the Pittsburgh Pirates. Seaver did the same in the eighth, pitching around a two-out double to Don Wert of the Tigers. Seaver had five strikeouts in two innings, including an eighth-inning strikeout of Mickey Mantle of the New York Yankees in his final All-Star at-bat. Ron Santo reached base in the eighth but was quickly erased as Tommy John of the Chicago White Sox induced a double play off the bat of Tommy Helms. In the ninth, Ron Reed of the Atlanta Braves retired the first two batters, with Jerry Koosman of the Mets ending the game by striking out Carl Yastrzemski of the Red Sox.  The National League had a 1-0 win, as the two teams combined for just eight hits, five for the NL and three for the AL.

The year of the pitcher would bring radical changes, as the mound was lowered from 15 inches to ten, and the strike zone was shrunk following the season.