We now live in a world where John Tavares no longer plays for the New York Islanders, and I’m not quite sure how I am supposed to process that. I feel numb, I feel nauseous, I haven’t seen the sun in 72 hours. For what felt like 2 years we waited for JT to make his goddamn decision as he dragged along the entire NHL, putting us all on the edge of our seats with every refresh of our twitter feed. I truly believe JT and his agent handled this situation HORRIBLY. This guy was our captain, he was the center of our franchise and he just made us all sit here and wait for a decision that he claims he knew he wanted since he was a little boy.

This picture makes me want to fucking puke. Dave said it this morning, but John Tavares really meant something to me. Rooting this hard for a franchise that has little to no success is just exhausting. It sucks the life out of you. But when you have a player like John Tavares it makes watching the team worth watching. Getting a chance to watch such a supreme talent up close and even behind the scenes were some of the coolest things I’ve ever done in my life watching sports. I remember getting invited to the coliseum to skate on the Ice while the Islanders were on the road, and the only thing I wanted to do was sit in JT’s locker 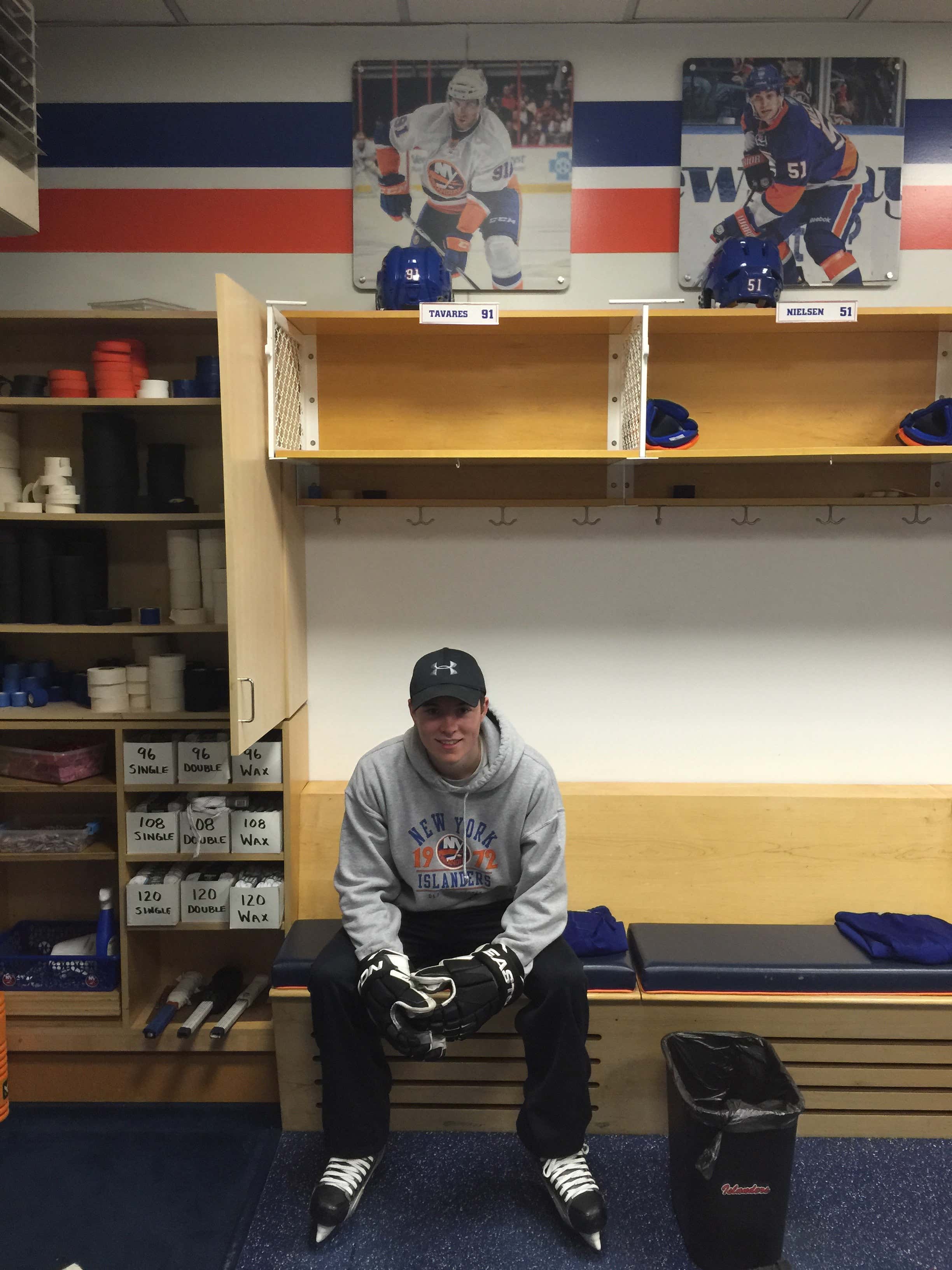 I remember waiting on line to get into the coliseum for the 2009 Draft party.

I remember his first goal as an Islander, a backhand goal against the Penguins right in front of my seats (we locked eyes when he came over to the boards to celebrate).

I remember the wrap around goal against the Florida Panthers  in 2016 to give the Islanders our first playoff series win in my LIFETIME.

Even through the bad times JT somehow gave us some great memories while watching this team. Bottom line is that even in the middle of a decade of losing, John Tavares still gave us something to cheer for.  To have his career on the Island end like this is just heartbreaking. This just sucks. The whole situation sucks. And now we have to watch our guy, our captain, play for the goddamn Toronto Maple Leafs. He led us to believe for the past few years, even as recently has the past few days, that he wanted to stay with the Islanders. He made us believe that the changes that have been put in place were enough to make this a team that can compete and win. The future looked so bright with Lou, Trotz, Barzy, a great draft…He made us believe, and then ripped our hearts out and flushed them down the goddamn toilet. So now I must hate John Tavares for the rest of his career. As hard as it will be, I can not root for the guy who gave up on us at a time we needed him the most.