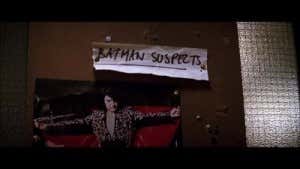 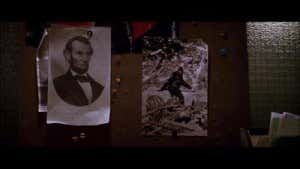 What in the world was the Gotham Police Department doing that their only suspects for the identity of Batman are Elvis, Abraham Lincoln, and Bigfoot? There were three years between Batman Begins and The Dark Knight, and that’s the best that they can do?

First, let’s look at why Elvis cannot be Batman. He died on August 16, 1977 at Graceland due to a heart attack. It is one of the most well-documented deaths because of the conditions surrounding it (he was pooping). For the sake of the argument, we can assume that the death was faked and Elvis is still alive. We still know that Elvis was born on January 8, 1935 in a small house in Mississippi. It is physically impossible for a 73-year-old to bust out these type of combat moves that we frequently see Batman unleash.

Elvis Presley cannot be the Batman.

Next, let’s look at Abraham Lincoln. There’s no real reason to consider Lincoln due to the fact that there are fragments of his skull in the National Museum of Health and Medicine. 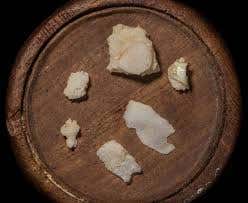 However, there may be one or two Lincoln truthers out there that don’t believe that he actually died via assassination from John Wilkes Booth. For the same reason as Elvis, Lincoln’s gotta be eliminated. Having been born in 1809, it is inconceivable for a man nearly 200 years old to be a vigilante. On top of that, Lincoln suffered from Marfan syndrome, causing him to be very tall and thin. His body type is not even remotely similar to that of what we see in the Batman uniform.

The final, and most possible, suspect on the list is bigfoot. Bigfoot is a very difficult candidate to eliminate unless you do some extensive research. After looking at multiple online forums, I found that most experts concluded that Bigfoot’s foot has three times the surface area of the typical man’s foot. According to healthyceleb.com, Christian Bale (the actual Batman [spoiler]) has a shoe size of 10 or 11, much smaller than the estimated Bigfoot foot size. On top of that, Bigfoot stands around 7.5 feet (according to eyewitness reports), while Christian Bale is 6 foot even. For those reasons, Bigfoot must be eliminated as a Batman suspect.

Look at that, Gotham PD, a 20-year-old was able to strike your only three Batman suspects with about 15 minutes of research. That’s your tax dollars at work, folks. 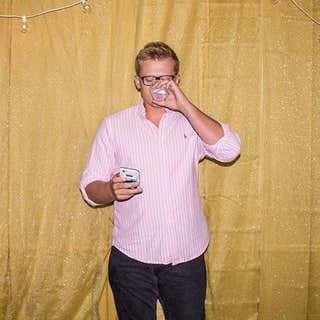