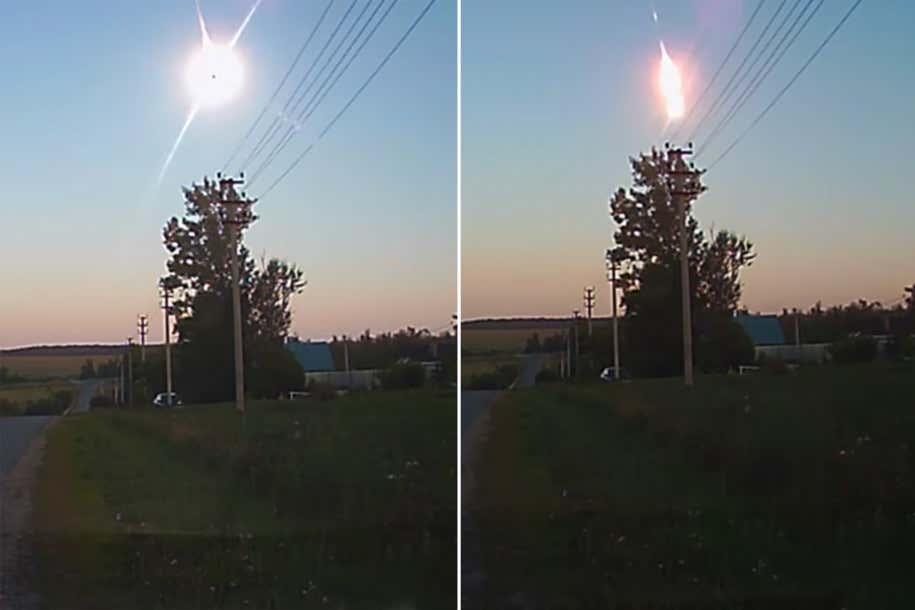 New York Post – It was just last week that NASA publicly revealed its plans to enhance its tracking and detection systems for smaller near-Earth objects, and now a video from Russia shows exactly why such an effort is so important. The video shows a rather sizable fireball streaking through the atmosphere on June 21, causing an incredibly bright flash that was visible to at least a handful of Russian cities.

The fireball, which was detected by NASA, was the most powerful visit from a near-Earth object since December of last year, delivering an estimated impact energy of 2.8 kilotons when it slammed into our planet’s atmosphere.

According to the International Meteor Organization, the fireball was reported by observers in the Russian cities of Kursk, Lipetsk, Voronzeh and Orel. Along with the bright flash, which was clearly visible even though it was early morning, the object created a large sonic boom that was heard from many miles away.

The fireball and the smoky streak it left behind was captured by several different cameras, with one conveniently placed dashcam nailing its entry:

We’re down with fireballs right guys? Like ultimately when you weigh the positives against the negatives fireballs are inherently good and cool and exciting. Feast your eyes on some of these videos we got straight outta Russia of this massive space rock that hit the atmosphere so aggressively it burst into flames and exploded, sending out a fucking “sonic boom” so loud it was heard for many miles. I don’t even know what that means but I absolutely love it. Sign me the hell up.

Actually I’d like to speak on sonic booms for a moment. One time in college I was at a coffee shop where I famously lived through my own sonic boom fiasco. It was so shocking and disturbingly loud I turned around thinking the explosion of noise was coming from the sidewalk and I was about to be face to face with a car crashing through the window, thus ending my sweet, precious life. Turns out it was nothing but a fucking military jet doing a flyover or some drills in the area or something; I can’t say exactly what it was I don’t remember everything but I do remember it was absolutely fucking bonkers.

The haters might say sonic booms are actually dangerous because they can completely obliterate people’s ears (not entirely sure if this is true but the evidence does add up) and I should be more considerate and aware of other people’s problems and blah blah blah but guess what? You guys are my tackling fuel. I’d much rather get to look up at the sky every now and then and get to see a giant ball of hot, hot fire crashing down from space, ripping through the atmosphere and ultimately disappearing into a cloud of smoke and dust, followed by a loud ass boom that startles me silly and makes me giggle with delight. You can’t tell me that doesn’t sound nice.

For the record, asteroids and/or meteors that make it all the way through the atmosphere and crash into the ground are in fact, bad. They might still make a sonic boom which we like for reasons I already explained but huge things that crash into the ground from space are scary. Think about it. Fireballs are good, but asteroids and meteors are bad. That’s all I have to say about that.