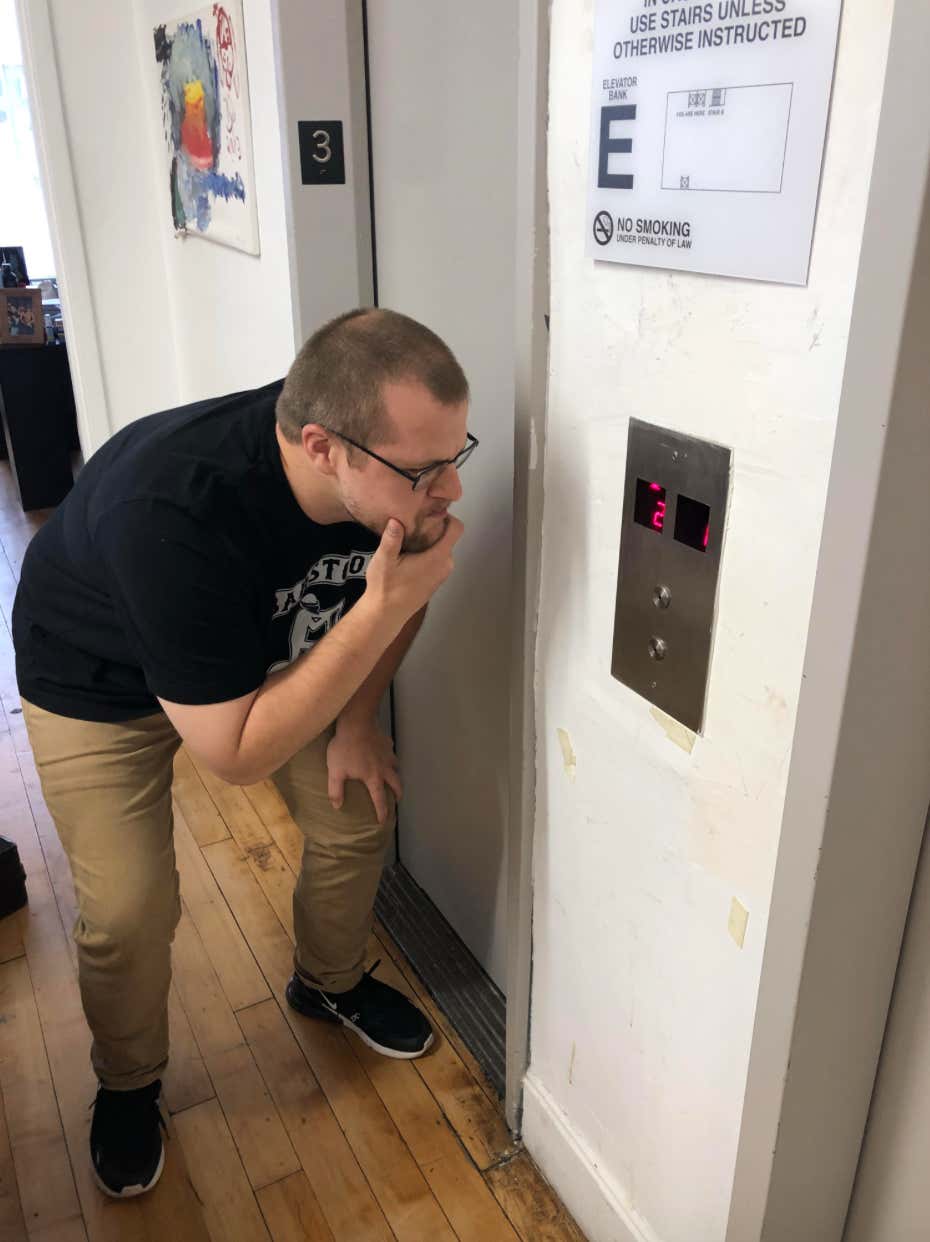 When I started writing this blog I didn’t have the logic fleshed out. Last night I got all gassed up about it on Twitter. People were telling me I was right and I believed them. So I just started typing words and hoped it would come together in the end. It didn’t. In the beginning, I was very confident I was right. I wasn’t right at all as you’ll come to see.

What you’re about to read were my thoughts in the moment as I was hammering away at the keyboard. Drunk with the thought I was about to change the world. The bold parts are the commentary afterwards.

I have an elevator in my building. About a month ago I moved from a first floor apartment in Brooklyn to an 11th floor apartment in Manhattan. I tweeted that yesterday and people were like, “Oh look at Mr. Money Bags!” but I wanna set the record straight. I am not Mr. Money Bags. I barely have any money. Ever. I just so happen to have an elevator in my building. That’s all. If I didn’t I would be forced to walk up a million stairs and I’d die. Elliptical Gang or not.

Anyway. It’s the first time I’ve ever had an elevator where I live and I’m still adjusting to it. Last night I wanted something to eat so I waddled out of my apartment and headed towards the elevator. Upon my arrival at the steel-doored modern marvel I pressed the UP arrow without hesitation. And stood there. And stood there. It took a full 10 seconds before I realized I had done the wrong thing. Cause in this stupid world I needed to press the DOWN arrow so I could get the elevator to come up and take me to the lobby. What?

That’s not how the world should work. It’s crazy that’s the way it is. I hadn’t made an error at all. I wanted the elevator to come up and get me so I pressed UP. That was my logic and it’s sound. It makes no sense to use the DOWN arrow to ask an elevator to come up to get you. Think about it this way. We should be viewing UP and DOWN elevator buttons as commands for the elevator. Not for what direction you wanna go once the elevator gets to you.

It’s right here that I realized I was fucked. I was wrong.

Here’s why. Using my method, you would only ever use the UP button to come up and get you. There would be no use for the DOWN button at all. Given that, there would only need to be one button that was essentially the Come Get Me button. The issue with the Come Get Me button is you wouldn’t know which way the elevator was going when you got on. You could be trying to get to the lobby but the person already in the elevator is going to their apartment on the 17th floor. So you’re fucked and my idea is fucked.

Bottom line is that my original thought of, “I want the elevator to come up to get me so I press the UP button” isn’t wrong. It just doesn’t work in the framework of a functioning elevator in a giant apartment building with lots of residents. It only works if I’m the only person who lives in the building.

So yeah, hats off to the people who came up with the elevator and it’s operating procedure. You guys nailed it. Always question everything, though. Even elevators and whether they’re fully optimized (they are).