I may have smoked a grand total of one puff of a cigarette in my entire life, but there is nothing I need more in this world than that wallet. I feel like your street cred instantly goes through the roof if your wallet can breathe fire like one of Khaleesi’s dragons. It doesn’t matter if you are some random soccer fan or a doughy suburban father of 2 with “smut blogger” at the top of his resume. That wallet is seamlessly turned some schmuck watching a soccer game with an Obey hat into a straight up gangsta. I guarantee all the rough necks at the deli drinking their hot coffees wouldn’t think I was such a pussy for buying my fancy iced coffee if my wallet lit on fire every time I paid for said iced coffee. Don’t get me wrong, they would still correctly think I’m a pussy for a myriad of reasons. But I wouldn’t be AS MUCH of a pussy in their eyes with La Flama Billetera.

The biggest winner in all of this however is the sport of soccer. As an American, I’ve been conditioned for years to believe that soccer is for weaklings because of the flopping, lack of contact, and the fact you can’t use your hands. However, soccer fans probably trump any sports fans when it comes to being crazy fucks. There is nowhere in America, including Philadelphia, where fans of the visiting teams fear for their lives more than international soccer stadiums. You don’t know if you will get a flare shot at your head, a cup filled with piss tossed in your direction, or the guy next to you will try to light you on fire with the thing that holds his money. There is something to be said for that. I would have never guessed that some random schmuck in the stands of the World Cup would knock Jules’ wallet from Pulp Fiction out of the number one spot for most badass wallet ever that it held for decades. Yet here we are. 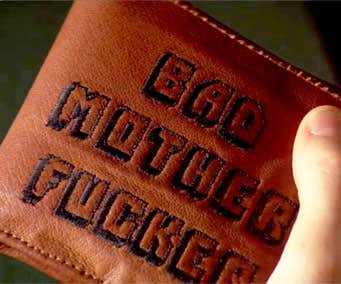 A brief glance at the Amazon listing for this wallet has it listed at 4 stars, so you know it’s a quality product. 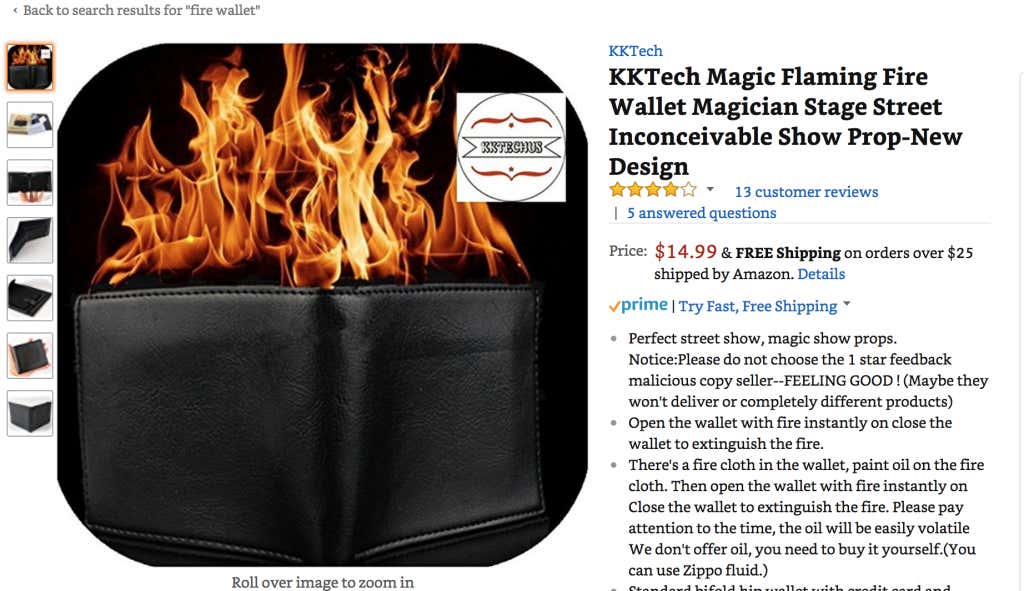 You know it will not kill you because an even briefer search of the reviews told me that the wallet has never self-combusted, making it pretty much a must-buy product. Then again, I suppose if you were lit on fire and died a painful death because of your wallet, you would never be able to write a strongly worded 1-star review. But if you lived a life without owning a fire-breathing wallet, was it truly a life worth living?

And that was talking awesome wallets.

For more World Cup takes much better than this, make sure to download/subscribe/rate 5 stars to Puty’s World Cup Podcast featuring Sam’s Army, Big Cat, and others.