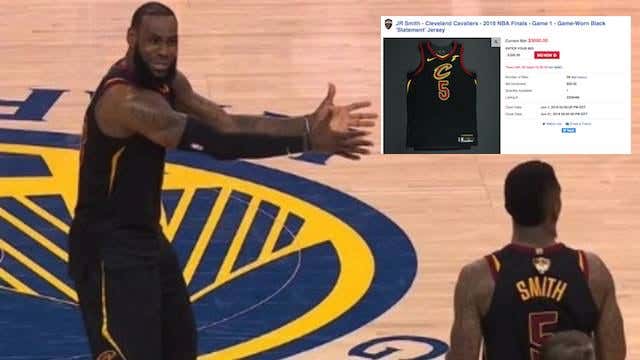 Yahoo- It seems like J.R. Smith’s misery will never end. The Cavaliers guard committed one of the biggest blunders in NBA history in Game 1 of the NBA Finals, famously rebounding the ball with less than four seconds left and dribbling out the clock rather than going for the win.

Even the NBA, the very league for which Smith makes money, won’t let the moment rest. On the league’s auctions website, Smith’s game-worn jersey from that game was available for public bidding. As of 11:00 p.m. ET on Sunday, the jersey was valued at a whopping $1,810. The blunder seemed to suck the life out of the Cavaliers, who lost Game 1 in overtime before getting swept in the series.

That is some cooooooold blooded shit right there by the NBA. I understand that the league sells game used jerseys after the Finals are over and whatever. But maybe they could have thrown a little white lie out there this time. Say that J.R.’s jersey got stolen by the same dude that stole Tom Brady’s jersey. Or that LeBron burned it like countless Cavs fans did to him once he ditched them for Miami. Or that the NBA already sent the jersey to the warehouse from Indiana Jones that holds the most important artifacts in the world.

It’s not like the NBA needs the money. Their revenue is at the point where the cap is high enough that players like Joakim Noah and Timofey Mozgov made tens of millions of dollars more than they should have even dreamed of making. You can’t have a jersey of the biggest bonehead play some of us will ever see on the NBA.com website for anyone to buy, with a relatively affordable price tag of $3000. 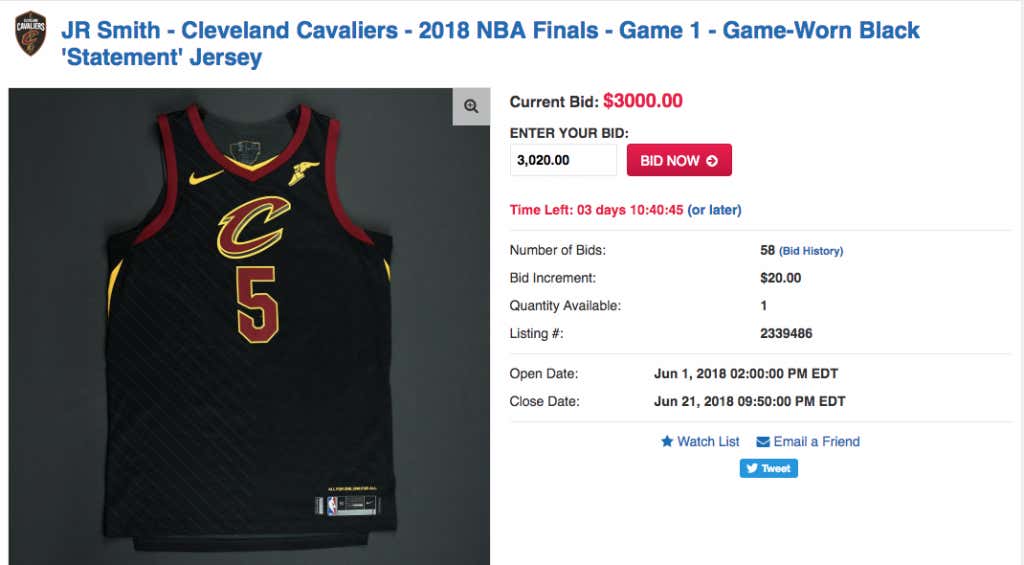 What kind of budget do you think Troll God Draymond Green has for an item that will remind LeBron of the time he watched any chance of an upset in the 2018 Finals slip away through his fingers, causing him to relive this moment every time he sees said jersey before a game against Draymond or at the next Warriors championship parade?

Considering Draymond is reportedly going after a supermax deal, that number is pretty much infinity. You can’t let that jersey get into the wrong hands if you are the Cavs. The next few years and/or decades could be pretty rough if LeBron takes his talents to Hollywood, Philadelphia, or anywhere that isn’t Cleveland. To have the biggest troll in the world have possession of the minute the Cavs franchise pretty much died just seems wrong. And J.R. having to suffer that fate as well as Swaggy P stealing his shirtless partier schtick as well as Jordan Bell getting a bunch of free Henny because Earl Smith didn’t know the score at the end of Game 1 just seems like too much for one guy to handle. 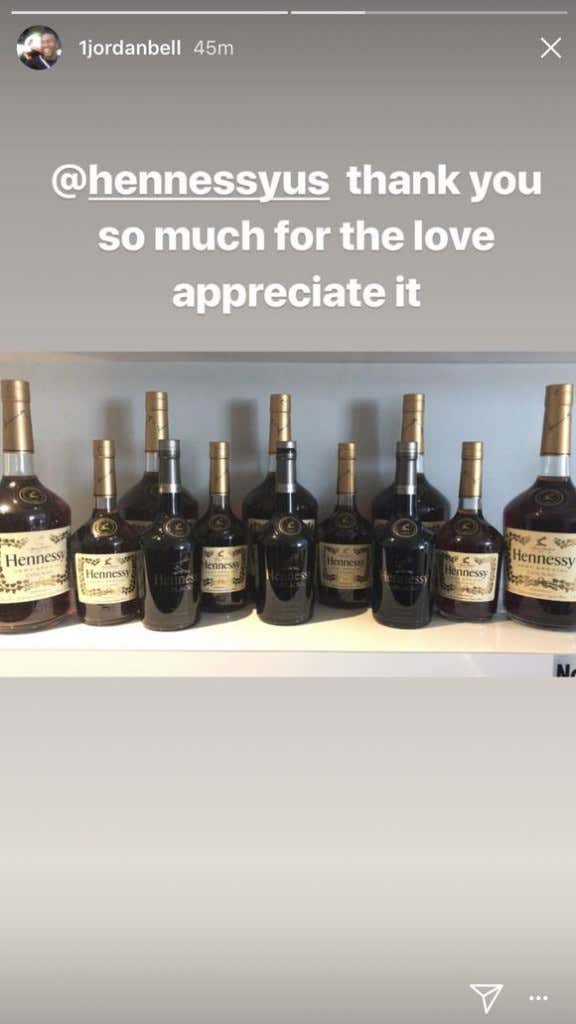 P.S. If Draymond or any other Warriors player, coach, or fan buys that jersey, J.R. pretty much has to throw a bowl of soup at them, right? You can’t just let the whole world clown you when you have Soup Thrower on your resume. A man’s got to have a code.