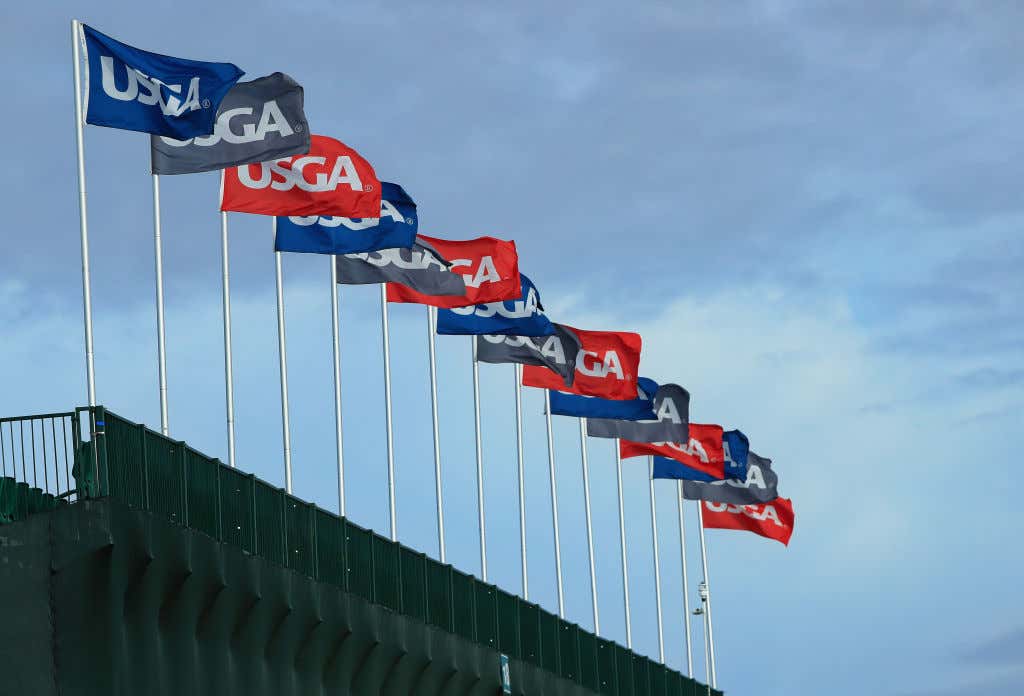 The 118th U.S. Open is in the books and it was perfect save for one thing — the USGA apologizing. That was their only mistake. We love the majors because each is different from the other. Each has its own identity. The Masters is about Augusta National; the British Open is about links golf, the weather, the throwbacks; the PGA Championship is whatever; and the U.S. Open is about being controversially difficult. About protecting par. The USGA calls it “golf’s ultimate test”; we call it a carnage-filled bloodbath from which we cannot turn away. The course is supposed to be hard as hell. It’s supposed to be borderline unfair. It’s supposed to rattle the players’ cages. They’re supposed to bitch. Forty-four years ago (44!) Sandy Tatum famously responded to player bitching by saying, “We’re not trying to humiliate the best players in the world; we’re simply trying to identify who they are.” I spoke to my dad on father’s day last night because I’m a great son and he went on and on and on about how when he was a kid, the players bitched about the U.S. Open. It’s a tournament steeped deep in the tradition of players whining and complaining. A U.S. Open without complaints would be like a Masters without Augusta National. Were the Saturday pins on 13 and 15 too close to the edges? Yep, probably were. That’s because the wind picked up more than forecasted so the course dried out more than anticipated and the guys in the afternoon got a more treacherous test than the guys in the morning.

And you know what? That’s all FINE. Completely fine. That’s the U.S. Open. That’s the deal. That’s what the players sign up for. Golf was invented overseas where the weather does 180s in the matter of minutes. The British Open venues are famous for transforming into completely different golf courses from morning to afternoon. The luck of the draw. Yet a little bit of that seeps into the U.S. Open and everybody cries about it? It’s pathetic. Dustin Johnson shot 77 Saturday afternoon; Tommy Fleetwood shot 78; but the defending and eventual champ Brooks Koepka also teed off late and fired a solid 72. He proved the course was playable, that nothing presented made it unfairly impossible to prevail. There’s plenty of validation of that fact, most notably in the leaderboard. We had the reigning Masters champ, the 2017 U.S. Open champ, the 2016 U.S. Open champ, the numbers 1, 3, 4, 10, 11, and 14-ranked players in the world all in the mix Sunday. The other great validation is that Ian Poulter cried about every single aspect of the event. That’s a ringing endorsement.

It wasn’t unfair. It was extremely difficult, thanks to mother nature’s ruthless attitude and to my close personal friend the USGA’s meticulous efforts.

Several big names did miss the cut, but that’s nobody’s fault but their own. Tiger stunk. Rahm stunk. Spieth stunk. Rory stunk (and guess what, that had nothing to do with the USGA; Rory stunk and missed the cut last year too).

Patrick Reed gets it.

Even when Jordan Spieth won in 2015 and was dominating the golf world, he bitched about the course.

…then shot 16-under and everybody hated it. Everybody demanded we get our U.S. Open back.

And the USGA brought it back. A flawless week from them except for the apology. Hopefully they rectify that one minor mistake and apologize for apologizing.