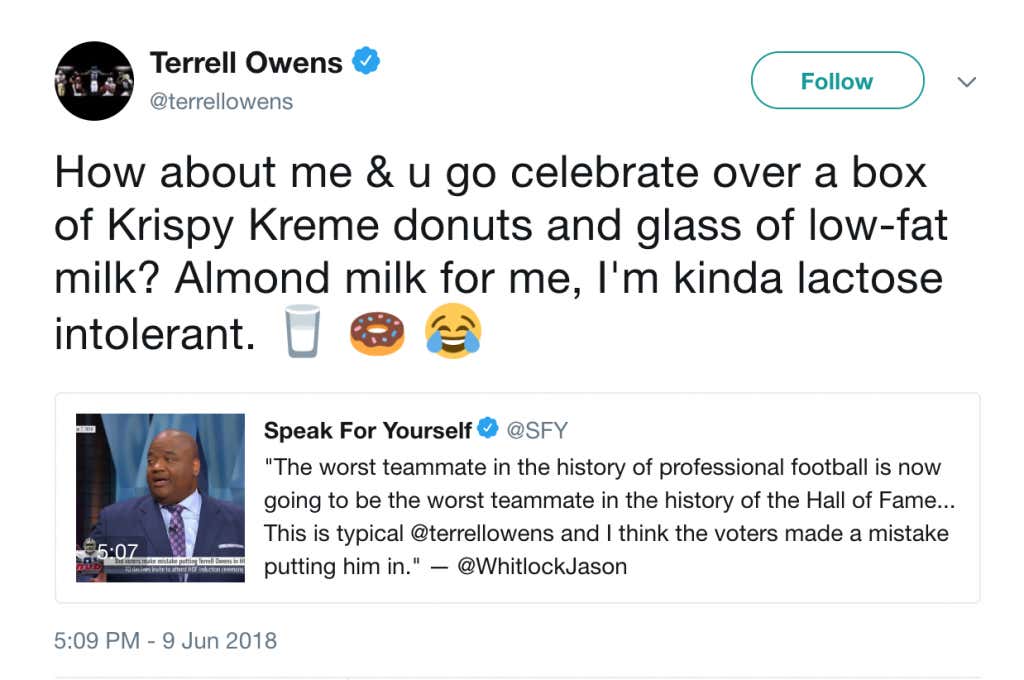 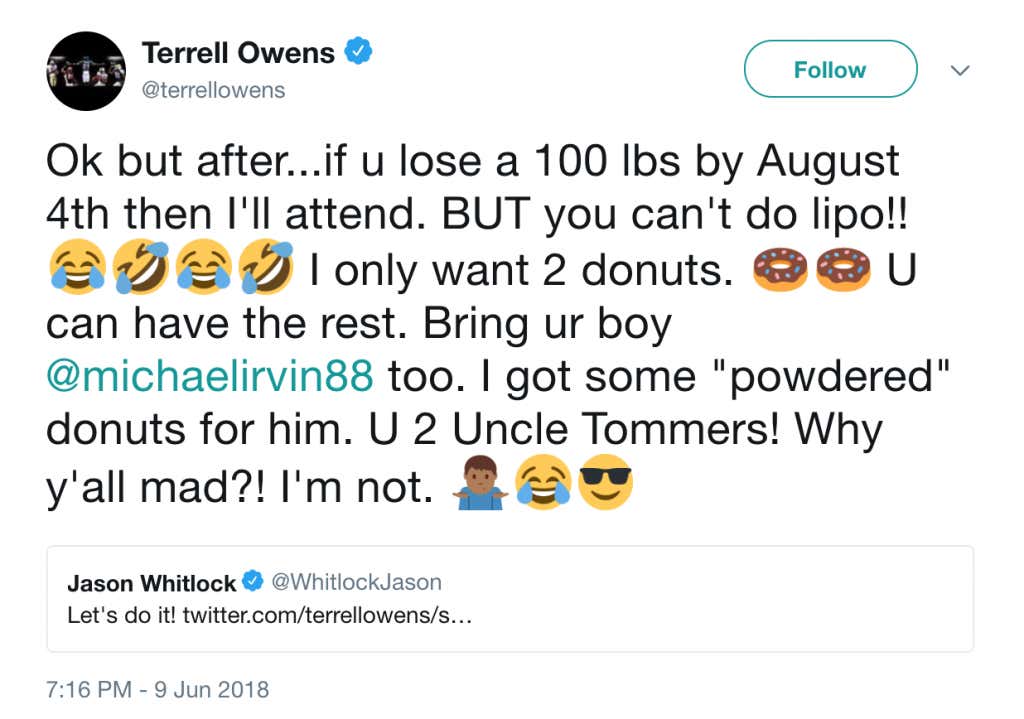 No one, and I mean no one, has ever accepted their Hall of Fame induction quite as gracefully as T.O. has this past week. Just by announcing that he wasn’t going to Canton to give a speech with everyone else, he immediately triggered every football journalist under the Sun, bringing out a variety of takes ranging from “Well then, he shouldn’t be inducted in” to “See, this is why I didn’t vote for him the first time!” With T.O., no matter what he’s doing, there is always an abundance of takes.

I don’t know what Jason Whitlock said in that 5 minute video above, mostly because it’s Jason Whitlock speaking for the better part of 5 minutes and I have some shreds of self-respect remaining after all these years. But whatever it was clearly made T.O. cross to the point where he started fat shaming our fedora wearing friend.

Where I start getting lost in the sauce is when T.O. calls Michael Irvin a coke head Uncle Tom, which feels like the ricochet shot to end all ricochet shots. After two minutes of Googles all I could find is an NFL Network segment from two days ago featuring Irvin saying he was both “baffled” and “disappointed” in Owens’ decision to skip the induction ceremony. Certainly vile enough comments to warrant such a reaction.

To millennialize this situation to the fullest, Whitlock (playing the role of Drake) calling Owens “an approachable dude” forcing Owens (playing Pusha T in this scenario) to go over the top and make fun of Irvin (OVO 40). There, that should clear things up to absolutely no one in particular.

Now, time to sit back and patiently wait for Irvin’s response. The Playmaker simply cannot sit idly by and let this “powdered” donut comment go unchecked.