Author’s Note: Today is the 2 Year Anniversary of Anthony Bourdaine’s Tragic Suicide so thought I would repost my initial thoughts of hearing of his passing 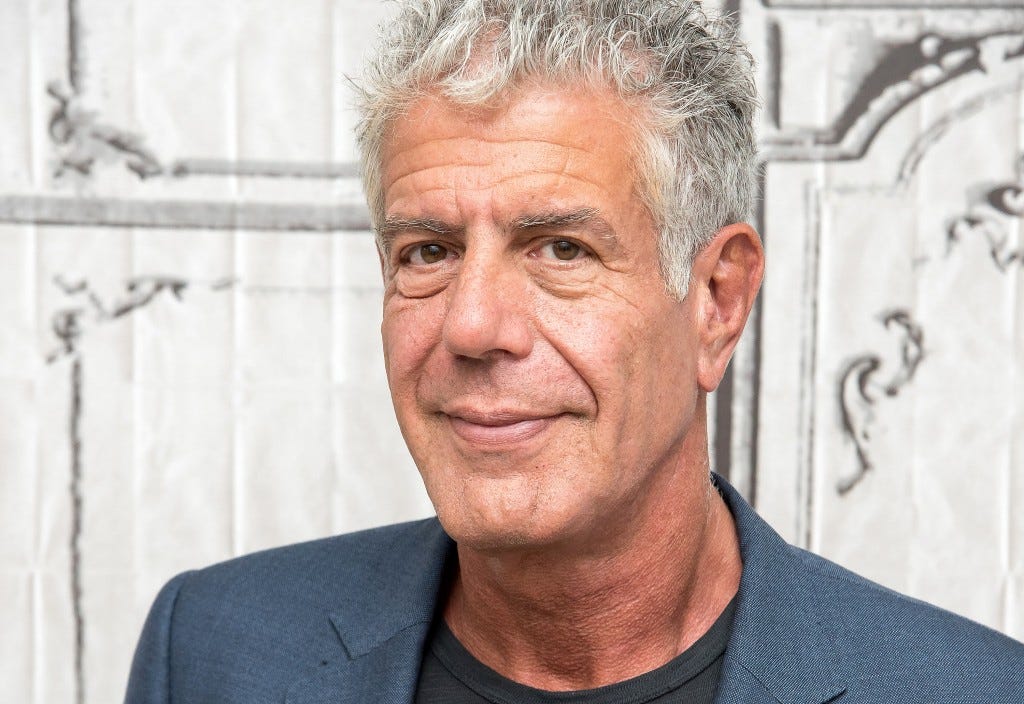 I feel like most people have enough pain and tragedy in their own lives that I sometimes find it surprising how worked up they get over a celebrity’s death. A celebrity they never met and who never knew they existed. With Robin Williams it started to make some sense to me as everyone in my generation grew up with his movies to the point he almost felt part of our lives. However, with people like Chester Bennington of Linkin Park and Kate Spade, I’ll acknowledge it’s tragic, but i’d be lying if I said it affected my life in anyway. Never voluntarily listened to Linkin Park’s music and had absolutely zero idea Kate Spade was a fashion brand let alone a person.

With Bourdain it’s different. He’s a huge inspiration for what I do now and why I wanted to do it in the first place.  As a kid when people would try to give me career advice they would say “follow your passions.” Uhh ok, but traveling and eating are my passions and that doesn’t  seem like a viable career path. That is until Bourdian came around (it’s still not THAT viable of a career path but hey at least he made it seem possible). Now truth be told, I didn’t like the guy at first, solely because I didn’t like the sound of his voice. High school me thought he sounded too smug and whiney when I was probably an annoying little twat myself.  However, years passed, I started actually listening to what he was saying, reading some of his books, and he slowly but surely became a huge role model of mine. His ability to connect with people of all walks of life in every imaginable nook and cranny of the globe was unmatched. When he was making content it seemed to me was just getting out there, living life, and letting a TV show naturally form around his experiences instead of more traditional hosts who seemed to be screaming “HEY LOOK AT ME. IM MAKING A TRAVEL SHOW” every time they were on camera. When I first started making Donnie Does videos I saw them as being almost a parody of Bourdain’s work, a travel/food show where the host knows absolutely nothing about travel or food, but as I’ve gotten older as I’ve started seeing Bourdain’s work as something to actually strive for. The gold standard of global culinary content if you will.

What makes this even more sad is that whether you liked him or not, everyone on the planet seemed to be in agreement with this: “he was living THE LIFE.” He traveled, ate amazing food, laughed, owned successful restaurants, made award wining TV, mixed in the occasional beer and hoon. Can’t beat it. With people like Robin Williams and Chester Bennington, their deaths are just as tragic, but it also wan’t really a secret that they  suffered from years of severe depression. Maybe Bourdaine did too but was just better at hiding it from the public eye. I had always (wrongly) assumed that if he was able to beat heroin, he was pretty much invincible.  We don’t know what he was feeling at the time that made him want to end his life and maybe we’ll never know, but depression is no joke. I think everyone deals with it to some extent but it only gets worse if you feel you can never talk to anyone about. DMs are always open.

RIP Bourdaine. Thoughts and prayers with your wife and daughter. At the risk of sounding cheesy let me just say thanks for being a spark in my life that lit a bunch of fires.