“It is with extraordinary sadness we can confirm the death of our friend and colleague, Anthony Bourdain,” the network said in a statement Friday morning. “His love of great adventure, new friends, fine food and drink and the remarkable stories of the world made him a unique storyteller. His talents never ceased to amaze us and we will miss him very much. Our thoughts and prayers are with his daughter and family at this incredibly difficult time.”

Anthony Bourdain, chef, author, TV host, father, beloved public figure, is dead from an apparent suicide at the age of 61.

As an executive chef in NYC, Bourdain rose to fame after his 2000 book, Kitchen Confidential: Adventures in the Culinary Underbelly, which landed him the show Cook’s Tour on Food Network. At the Travel Channel he took us around the world with No Reservations & The Layover, and continued to do so with Parts Unknown on CNN.

Parts Unknown has been a binge-watch staple for me since 2013. From my couch I found myself surprised at wanting to visit Iran someday, & catch an evening in Naqsh-e Jahan Square whilst enjoying a chelo kabab. I felt a swell of pride when he highlighted the capacity for kindness of the USMC in 2006 when his team had to be evacuated from Beirut after bombings started. Clips show him smoking with Marines & sailors who try to ease his nerves & make him laugh on the back of the USS Nashville.

Never one to back down from controversy, he called out chefs like Paula Dean for pushing unhealthy food habits into the DNA of American culture.

He also had a notorious hatred for big-time Yelpers, snobby restaurant critics, toxic kitchen cultures… if it seemed like something that detracted from the world he loved, he called it out.

There’s really no worse, or lower human being than an elite Yelper. They’re universally loathed by chefs everywhere. They are the very picture of entitled, negative energy. They’re bad for chefs, they’re bad for restaurants. You know, you open a restaurant, you struggle for a year to put together the money, you work your heart out, and then 10 minutes after opening, some miserable b—— is tweeting or Yelping, “Worst. Dinner. Ever.”

From his books, to his shows, to his fearless, considerate, balanced approach to the world, Anthony Bourdain was someone I have always admired. I was genuinely saddened to hear the news this morning. I’ve been watching him so long it almost felt like I knew him.

And unfortunately, this was also a powerful reminder that depression does not discriminate. It can sneak up on you regardless of status, success, background, age… It doesn’t care if you have adoring fans, or family that loves you.

But it does not make you crazy, or bad, or a lost cause. I feel compelled to go #Mom on your asses & say, if you’re ever having scary thoughts, or feeling like there’s no light at the end of the tunnel you’re in, hold on. There’s a lot of people out there willing to help, and things really can get better.

To end things on a lighter note – it’s a Friday at the start of summer. Do something out of the usual this weekend. Channel your inner-Bourdain, have some drinks with new friends & go on an adventure.

“Your body is not a temple, it’s an amusement park. Enjoy the ride.” – Kitchen Confidential

Cheers to you, Anthony. 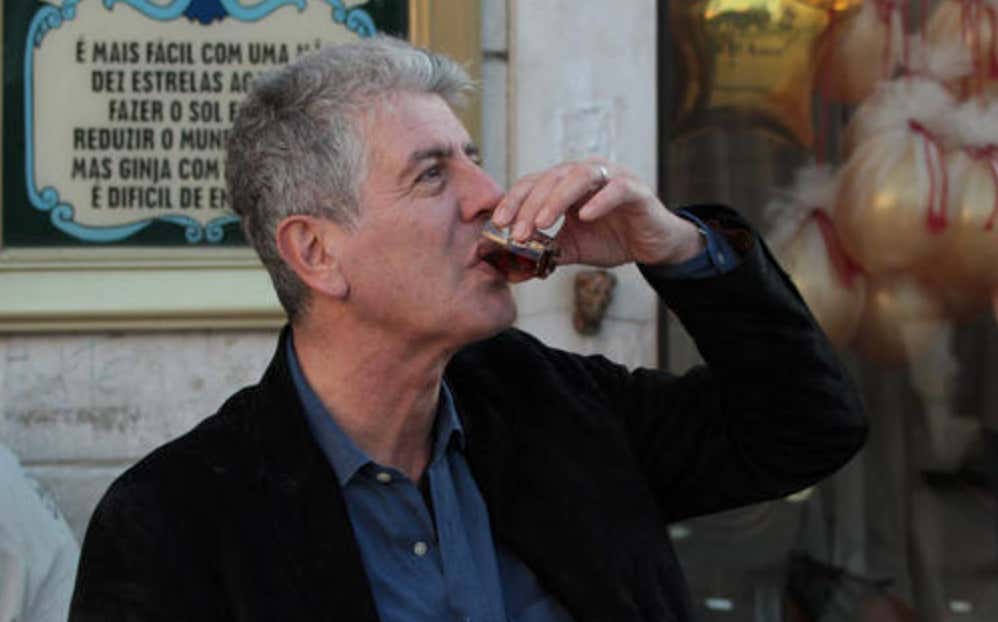