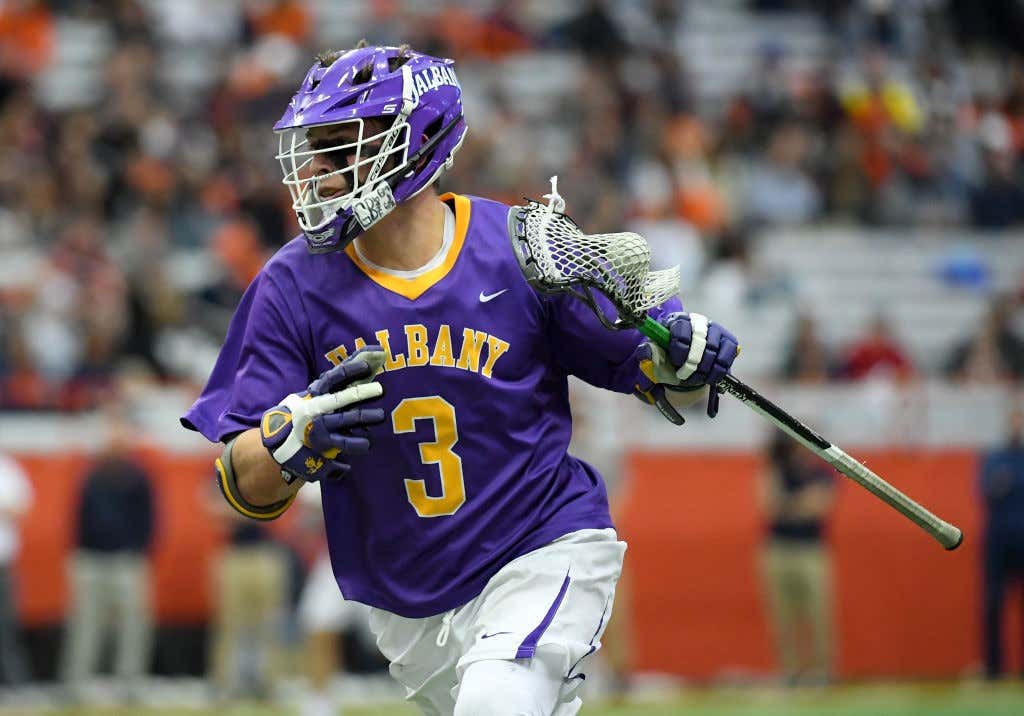 Inside Lacrosse – Face-off specialist TD Ierlan, the Albany star who completed the greatest face-off season of all-time in 2018, has been given his release to seek a transfer, multiple sources confirmed…Ierlan won 79.1% of face-offs in 2018, the greatest single season in NCAA lacrosse history.

Last year in college lacrosse was the year of the FOGO. We had Trevor Baptiste become the greatest of all-time and breaking the NCAA career face-off wins record. We had Albany sophomore TD Ierlan set the single season record going damn near 80% on the season. Then we got to watch Baptiste and Ierlan go head-to-head in the NCAA quarterfinals with the two of them splitting that game 50-50. And then after that, we got to see TD Ierlan take on the 3rd best face-off guy in the country, Connor Mackie, in the NCAA semifinals with Yale coming out on top of that game on their way to their first National Championship. And what we’ve really been seeing over the last few years, especially since Trevor came in as a freshman, is how having an elite-level face-off guy can take a very, very good team and make them almost unstoppable. When you have one of the best face-off guys in the country and your offense is getting the ball anywhere between 70-80% of the game and every time they score it’s a make-it-take-it? Well you pretty much guarantee yourself a spot to play on one of the final two weekends of the season.

Albany had that guy in TD Ierlan and they were probably expecting to have two more seasons of that. But with rumors circling around for a while now and the news officially coming out yesterday that Ierlan was been given a release to transfer?

The school that pretty much 100% of the people are saying Ierlan will be transferring to next season is Cornell. Which makes a ton of sense. TD’s younger brother, Chayse, is heading to Cornell next year. You can watch Chayse Ierlan play between the pipes in the Under Armour All-American game on June 30th. On top of getting to play with his brother, Cornell is also closer to their hometown Victor, NY. You’d figure if getting a chance to play with his brother would be a big draw toward transferring to Cornell, being closer to home would also play a little role in there as well. And then finally–no disrespect to Albany or anything but leaving school with a degree from Cornell is probably going to open a few more doors than leaving school with a degree from Albany. That’s just a fact. I mean look at where Cornell was able to take a guy like Andy Bernard. 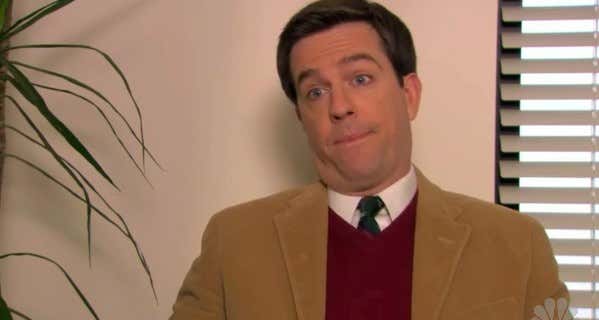 But as far as the lacrosse aspect of it goes? Well yeah. This is going to be an enormous move as long as it goes through. As of right now, there are still some logistics to be worked out on whether or not Ierlan will be able to transfer to Cornell since they are on Albany’s schedule for the 2019 season. I’m not entirely sure how that process works but I’m assuming that Albany would have final say on that appeal. And it would take some sick fucks to block that transfer just because you’re playing against that team next season. If you prioritize one game in one season over the rest of a kid’s life, that makes you a piece of shit. Albany doesn’t have anybody like that working for them so I have to imagine it all works out.

And now that immediately makes Cornell a top contender to win a National Championship next season. Even if Ierlan has a drop off from the best season in college lacrosse history for a face-off specialist, he’s still going to end up somewhere around 70-75%. And with Ierlan winning that many face-offs, that means the ball is in the stick of Jeff Teat for 70-75% of the game. Teat was a first team All-American this year as a sophomore and as long as he’s able to stay healthy, you have to imagine that he’ll be a first team All-American again next year as well as a Tewaaraton Finalist. He’s one of the best players in college lacrosse and now Cornell will be bringing in a guy to make sure that the ball is in his stick more than it’s in the other team’s. You don’t need to be an X’s and O’s guy to realize that’s a recipe for success right there. I mean you take a look at the Cornell vs Albany game from this past season. The only reason why Cornell lost that game was because Ierlan went 100% in the face-off X that game for Albany. Cornell got out to a big lead but Ierlan kept winning face-offs, kept giving Albany’s offense a chance to get themselves back in that game, and they end up winning 11-9. But without TD going 100% that game, that’s an upset for Cornell against a healthy Albany team. And considering Cornell is returning pretty much everybody offensively besides Jordan Dowiak next year, yeah, that’s going to be a lethal team.

As for Albany? I mean… it’s a massive blow. I’ve been a big Albany fan for the past few years now but the one thing I felt has always been their Achilles heel is their defense. Every once in a while your offense is going to have an off game, regardless of how talented they are. For great teams, an off day for the offense can still end with a win because the defense is there to pick up the slack. I just don’t feel like Albany has ever been a team to win games defensively. But when you have TD Ierlan winning 79.1% of the face-offs, you don’t need an elite defense because your offense has the ball for 48 minutes a game. Losing that is definitely going to change that for them. And on top of losing one of the best face-off guys in the country, Albany also loses Connor Fields who just so happens to be the 2nd all-time point leader in NCAA lacrosse history. They lose Kyle McClancy who was their best dodging midfielder, Justin and Troy Reh, and their 1st team All-American goalie  JD Colarusso. Obviously they still have Tehoka Nanticoke who probably has the most amount of talent in the nation, and they still have guys like Jakob Patterson and Sean Eccles. But losing your best face-off guy via transfer on top of graduating your best attackman, midfielder, defenseman and goalie is definitely a tough break.

So yeah. Nothing is finalized yet and I guess there’s still a 1% chance that all of this talk could be for nothing. But it seems about as close to a lock as could be that TD Ierlan will be going to Cornell next year which might end up being the most impactful transfer in college lacrosse history. Fuckin’ FOGOs.