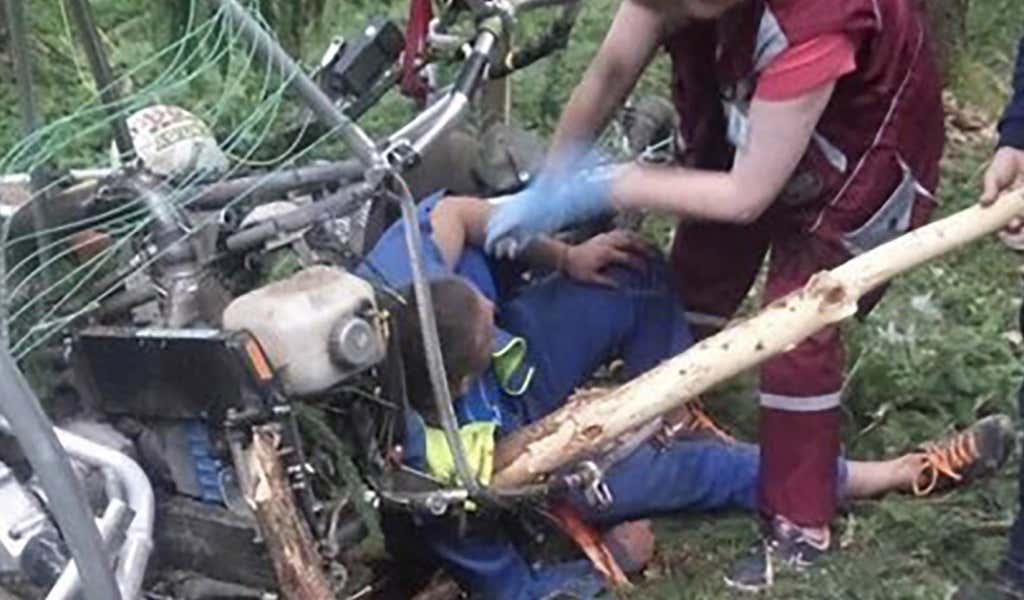 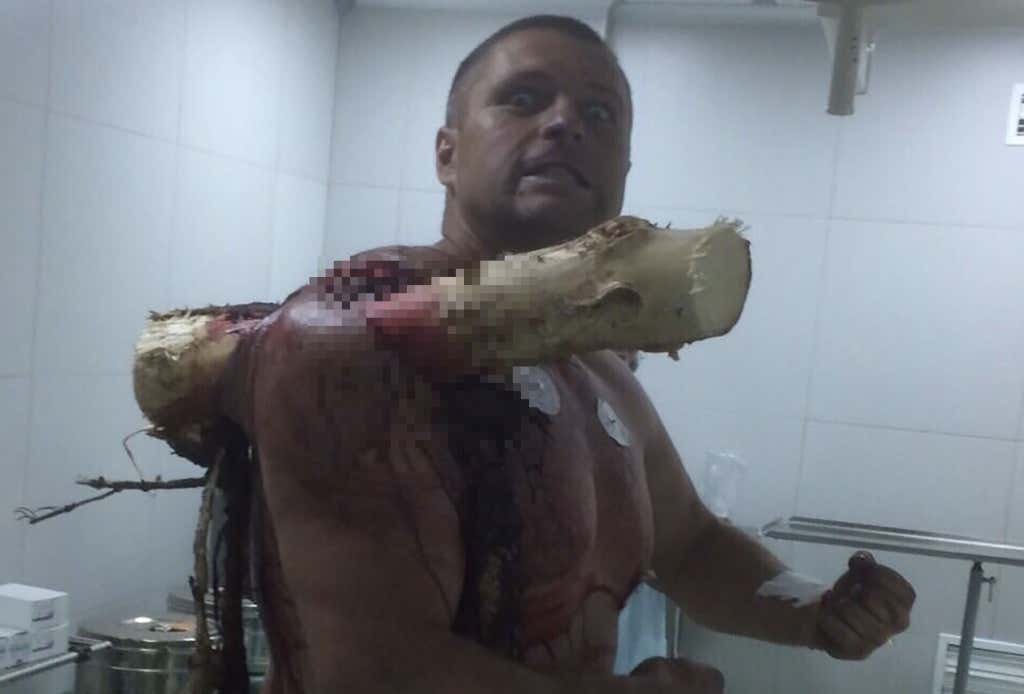 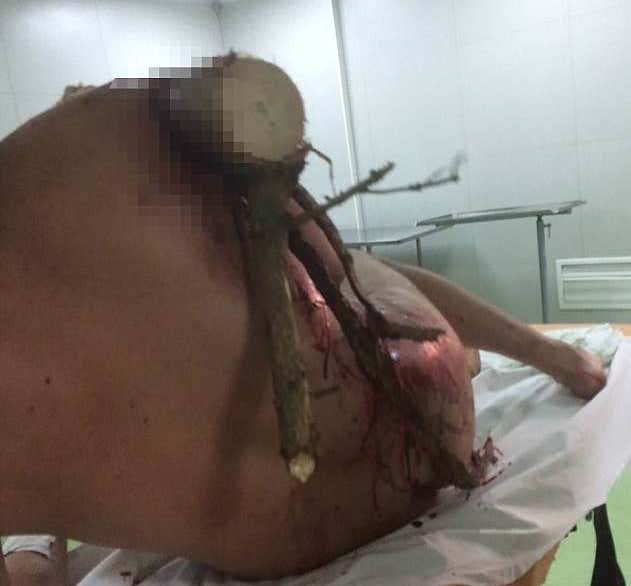 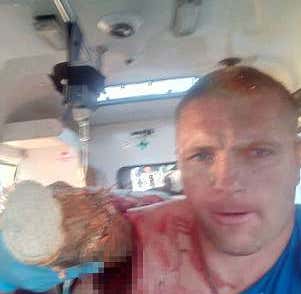 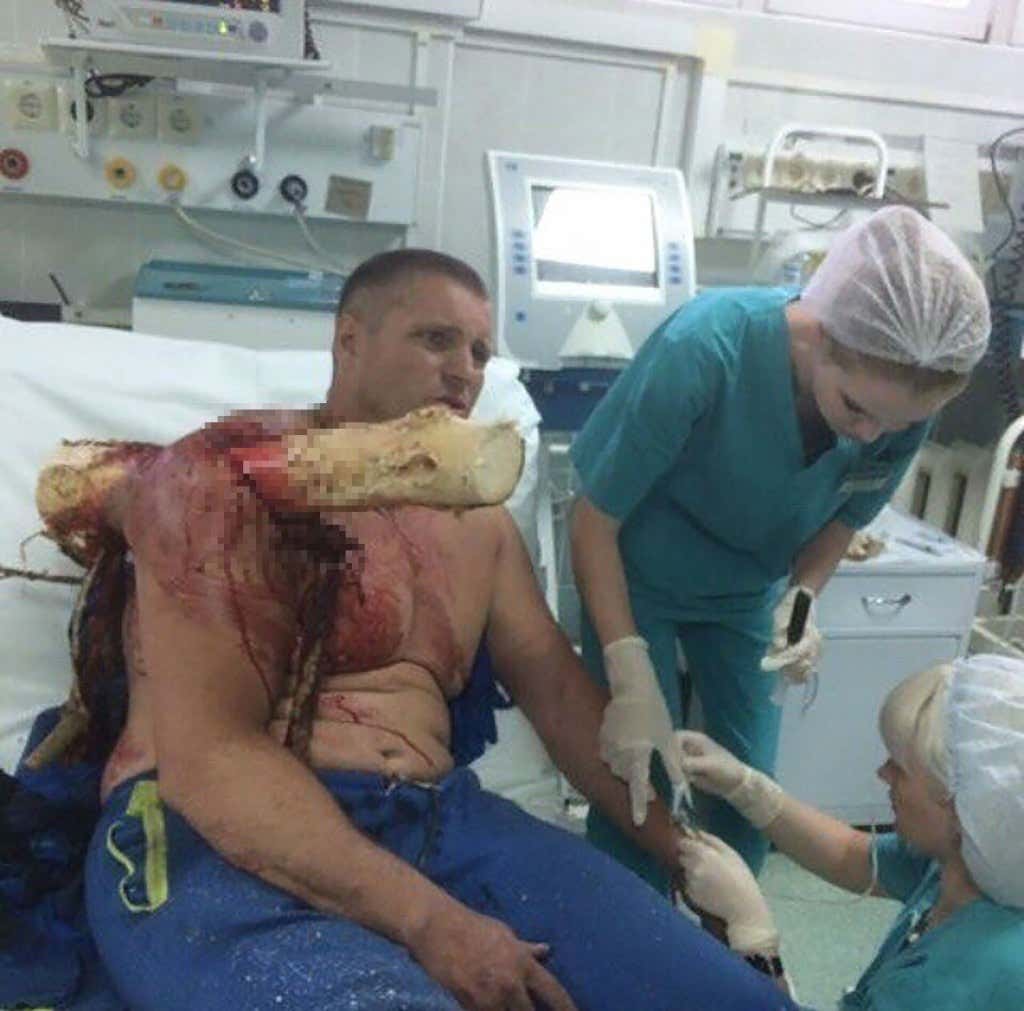 Daily Mail- A paraglider was skewered by a giant splinter after crash landing in a forest. Extraordinary pictures show how a tree branch impaled 36-year-old Ivan Krasouski, from Belarus. He was flying near the village of Loshany close to Minsk when a strap snapped and he lost control, plummeting into a forest. A sharp log spiked his shoulder as he crashed. Rescuers cut him free from the wreckage of his powered paraglider and took him to hospital, with the giant log still embedded in his shoulder, say reports from Belarus. He posed for pictures as he waited to have the branch removed by emergency ward medics. Doctors later freed him from the giant splinter.

‘I’m thinking: “I fell so softly, all is okay. I’ll stand up and go” then something holds me back,’ he said. ‘I looked and it was a giant log there. I tore my shirt and there was a branch in my arm, thick as a watermelon.’

Astonishingly, Mr Krasouski retained his sense of humour during the horrific accident, joking that he was like American cartoon superhero Groot.

BELARUS STAND THE FUCK UP!!! If you asked me to point out Belraus on a map, it would probably take me 30 guesses before I got it right. I’m saying there’s a 50/50 chance I would even guess the correct continent. But Ivan Krasouski has ensured I will have nothing but respect for the people of Belarus for the rest of my life. Every single one of them now have mythical strength and toughness in my mind as if they are the direct blood relatives of Mike Alstott.

If I get a splinter, I am crying and telling myself never to leave the house bare foot again. But our boy Ivan Almighty here was out there cracking jokes and taking fucking pictures with the locals like some fucking sideshow as Groot’s fully engorged cock was sticking out of his shoulder. He probably paraglided home from the hospital too. What a stud. If Game of Thrones ever does a flashback involving the dad of The Mountain and The Hound, my vote is for Ivan Krasouski to play him. That’s the highest compliment I can give someone for their strength and toughness.

UPDATE: I just did a quick search to see if I ever wrote a blog about Belarus and found only one. It was about this tram driver that t-boned a car and didn’t give a fuck about it.

The Belarus people are made of fucking iron, huh? I am going to blindly say that Colossus from the X-Men is from Belarus. And if he isn’t, he should be. I have so much respect for Ivan Krasouski that I won’t even use the Wedding Crashers “Ahhh! I’m para-gliding. Honey, take a good picture! Annnnd I have a tree in my body!” joke because I respect him way too much. Team Belarus for motherfucking life. I even dig that the side of their flag kinda looks like the pattern of The Big Lebowski’s cardigan in 8 bit form. 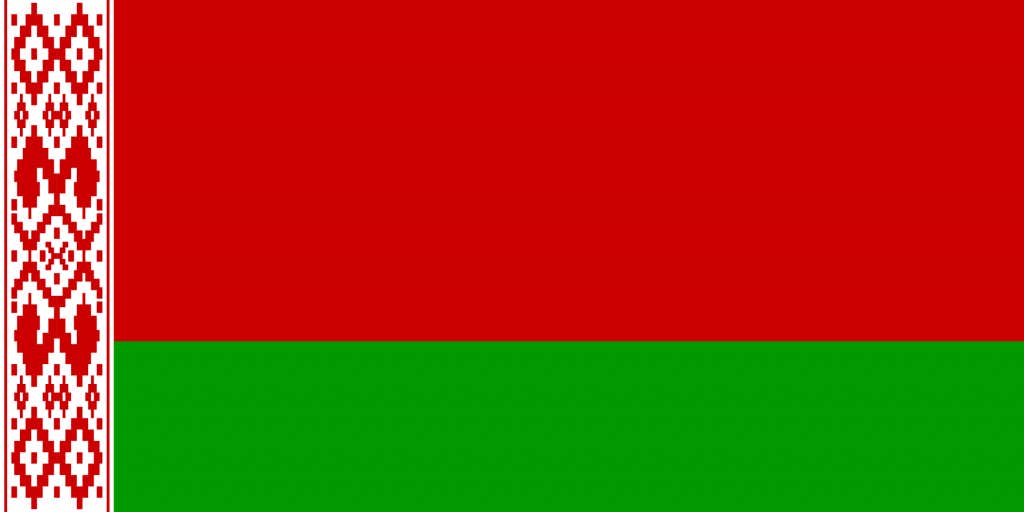