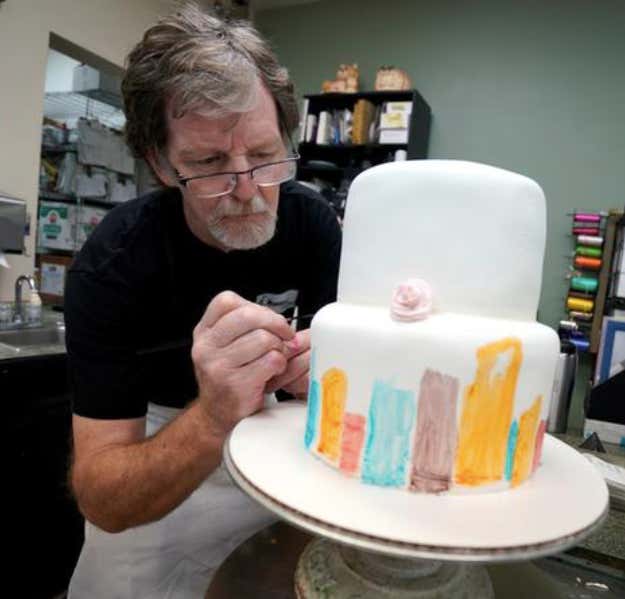 Source - The Supreme Court ruled in favor of a Colorado baker who refused to bake a cake to celebrate the marriage of a same sex couple because of a religious objection.

The court held that the Colorado Civil Rights Commission showed hostility toward the baker based on his religious beliefs. The ruling is a win for baker Jack Phillips, who cited his beliefs as a Christian, but leaves unsettled broader constitutional questions on religious liberty.

The ruling, written by Justice Anthony Kennedy, held that members of the Colorado Civil Rights Commission showed animus toward Phillips specifically when they suggested his claims of religious freedom were made to justify discrimination.

Well said, Pat. Of all the professions to discriminate against LGBT people I never thought bakers would be one of them. Yet here we are. To be honest, I’m not even mad that Jack Phillips of Masterpiece Cake Shop in Lakewood, Colorado won the case. It’s beach season, baby. The less temptation the better. How am I supposed to get a pair of Jesus Christ abs if I’m shoveling cake down my gullet? Especially cake that looks like this. 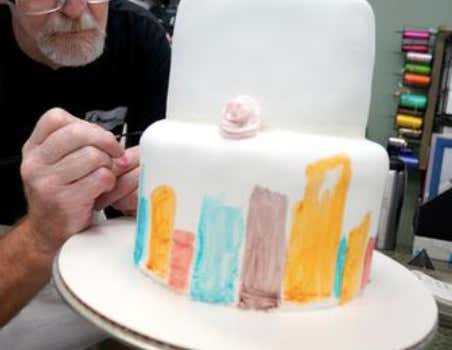 Seriously, what the fuck is that? What else does he serve, ziti necklaces? David and Craig dodged a major bullet with this ruling. They would’ve been judged wayyyy harder by their gay friends if they had shown up to the wedding with that piece of shit. The local elementary school could’ve turned out a better product.

The real problem here is the lack of clarity in the ruling. If bakers are allowed to deny gay people cake under the guise of religion, does that mean they’re allowed to deny them service altogether? Will the ruling encourage bigotry and discrimination while slowing progress towards equality for not just LGBT communities, but other minority groups as well?  The answer, IMO, is yes. But what do I know? I’m just a blogger. I’m not going to lose sleep over it. What goes around comes around, Jack. Same goes for you, Justice Kennedy.

“The neutral and respectful consideration to which Phillips was entitled was compromised here,” Justice Kennedy wrote. “The Civil Rights Commission’s treatment of his case has some elements of a clear and impermissible hostility toward the sincere religious beliefs that motivated his objection.”

See you boys in hell.

PS: What did he think was actually going to happen if he served them the cake? Lightning strike? Flooding? With everything going on in the world it seems like he could’ve snuck this one by the man upstairs.