With Princess Di’s birthday yesterday, the Royal Wedding firmly in the rear view mirror, and on the week we celebrate our independence from England I thought it would be a good Monday morning to to reconsider an age-old question:  Why do people give a fuck about the Royal Family?

Think about it… The Royal Family does absolutely NOTHING. Queen Elizabeth is 92 years old, and the only decision she makes is whether she will make it to the toilet every morning or just soil the royal bedsheets.  And yet, the queen made $143 million last year.  One hundred and forty three million dollars.

Officially, the queen must be neutral in all political matters and can’t vote. Her role in the UK government is purely ceremonial. She opens each session of Parliament in person, and has visits with the Prime Minister. Any legislation passed by Parliament must get the Queen’s stamp of approval (known as Royal Assent) before becoming law… But that’s just another ceremonial formality because no monarch has refused to give Royal Assent since 1707. So I just did the math, and that means it has been over 300 years of an inbred privileged family doing ABSOLUTELY nothing but swimming in wealth and wearing goofy costumes, and all on the taxpayers dime.  I respect Queen Latifah more than I respect Queen Elizabeth. 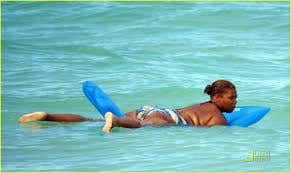 And with news this weekend of the Queen’s health failing, we might be weeks away from thousands of Americans waking up early to watch her funeral, similar to the way people set their clocks to watch the Royal Wedding.  The royals are essentially the world’s highest paid mascots, so why would I wake up at 5 in the morning to watch the equivalent of Ronald McDonald marrying Grimace? (Which, by the way, is totally legal in Vermont.)

You: “But Large… Prince Harry was in the Army.”

Harry was taken out of active duty in Afghanistan when his presence there was revealed to the media (which is entirely understandable… nobody wants him to die). We don’t know who leaked the Prince’s presence to reporters, BUT it has been suggested that the leak came from the Palace itself. The suggestion is that Harry did his training under the understanding that his presence would be leaked so he could be taken away from danger, all the while complaining that he couldn’t serve as he wanted. Which is not to say the guy is a coward like I am (I am a coward, by the way), but I am saying that the royals deserve their military credentials about as much as Elvis deserved his black belt, so lets pull back on the throttle every time you see an adorable picture of him in the desert, wearing fatigues, and carrying an unloaded rifle. 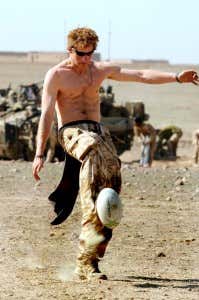 But enough with the kid. I am going to shit on his mom.

People like Di are unfortunately more than just individuals and are officially part of history. Which means I personally have a duty to analyze just who she really was. Am I forbidden to talk about Henry VIII’s gluttony, or Ghengis Khan’s thirst for bloody war, or Hitler’s love of jazz? Of course not.  So the fact that she has an Elton John remix written about her does not afford her a pass.

Princess Diana wasn’t some poor farm girl who fell in love with a handsome prince and was summarily whisked away to a fairy tale castle.  That is, until said prince fell out of love with her and she had the courage to leave him.  After which, she went on to do charity work until her untimely death in a car accident.

I did a little legwork, and it seems most of that is bullshit.

She was born into a wealthy family.  Went to school in both England and Switzerland, and she actually met Prince Charles while he was dating her older sister.  And although I used the term “handsome prince” above, I think we can all agree that Di didn’t fall in love with Charles’ looks, or stunning personality… She was a star-fucker, and it eventually bit her in the ass.

And although while they were married Charles undoubtedly had eyes for the much less sexy Camilla, Diana was also whipping it around behind his back, and the list of her extra marital affairs is impressive- There was her bodyguard, 37-year-old Barry Mannakee, in 1986; car salesman James Gilbey, circa 1989, followed by Oliver Hoare, a married art dealer who broke it off, only to have Diana stalk him, calling his home up to 300 times.  Then came rugby player Will Carling and, most famously, James Hewitt, who publicly claimed he was involved with Diana from 1986 through 1991.  For a candle in the wind, she certainly did her fair share of blowing. 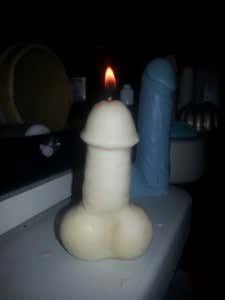 Did being married to such a freaky family fuck her up mentally?… Absolutely.  She threw herself down a flight of stairs while she was 3 months pregnant with her first kid because she was feeling “inadequate”.  The royal gyno later said the kid was unhurt, but if you really look at Prince William now, a fall down the stairs during the first trimester of his development kinda explains a lot.

So she was a troubled woman, who had dated a LOT of guys while her kids were raised by nannies.  She did a fair amount of charity work, but she did a fair amount of partying also.  When she crashed in that tunnel it wasn’t because she was taking an afternoon shuttle back from the Landmine Victims Support Group (LVSG).  It was 4 AM, and she was partying with some Arab prince, while her kids were rocked to sleep by the help.

Stick up for her all you want, or put her on a pedestal for some unknown reason.  I just don’t see the draw here.

I’ll concede my original “gold-digging whore” was not a fair assessment of who Di really was, but neither is the image that most people have.  And I don’t know if this blog is jingoistic, or just downright mean, but fuck the UK this week.  Same way I don’t eat sushi on the anniversary of Pearl Harbor, you should refuse any sandwiches on English muffins this week (even though those nooks and crannies are so fucking delicious).

By the way, how great of a job is it being the Royal Gynecologist nowadays? I mean, you went through some lean years, going elbow-deep in the likes of the Queen Mum and Fergie’s murky tunnels, but now your view just got exponentially better with the 2 newest members…  Who ever you are, “Congrats, doc!”