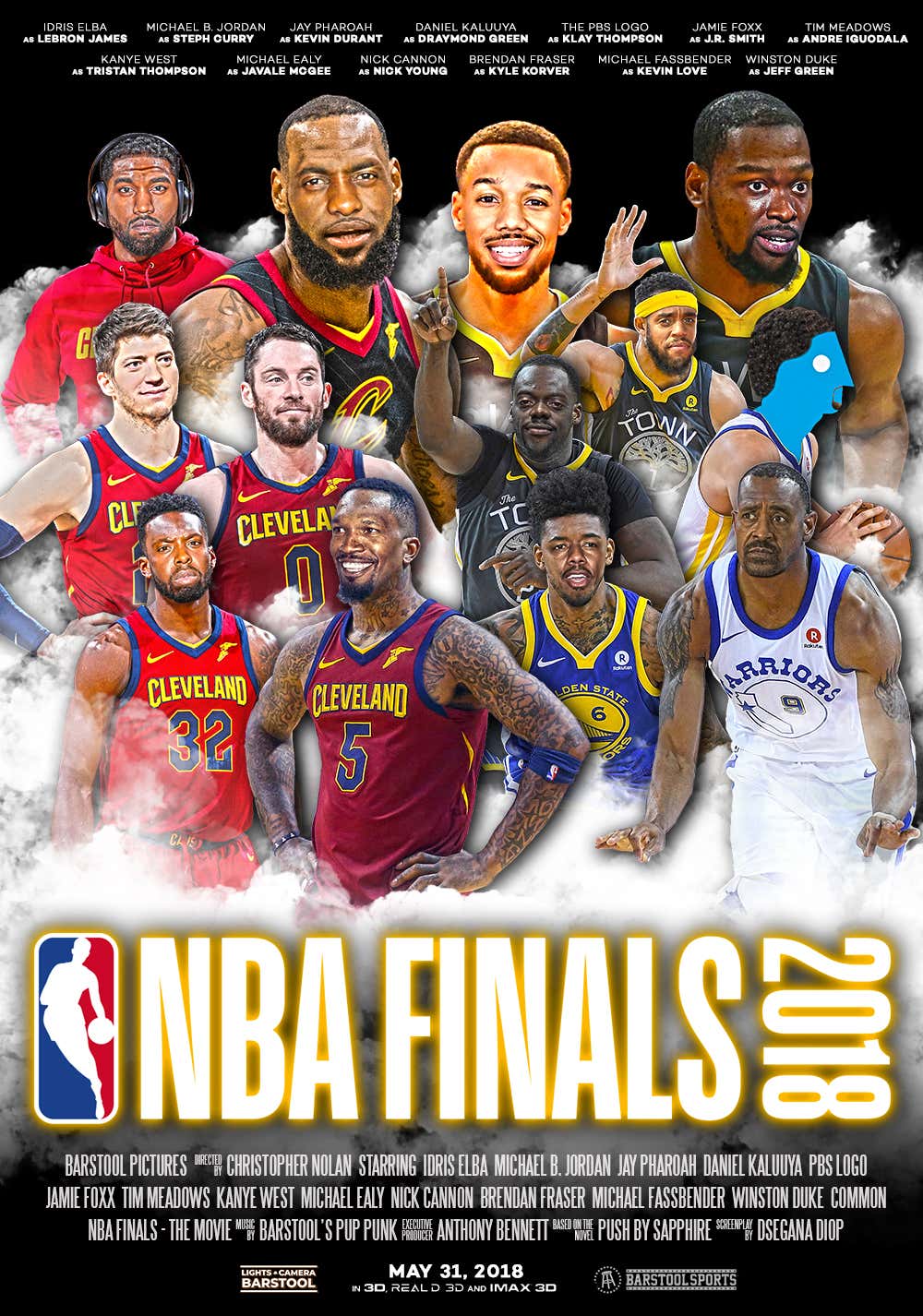 The Warriors and Cavs are squaring off again in the NBA Finals. We picked the cast we’d want to portray the teams, and other NBA figures, in a movie about the 2018 NBA Finals. 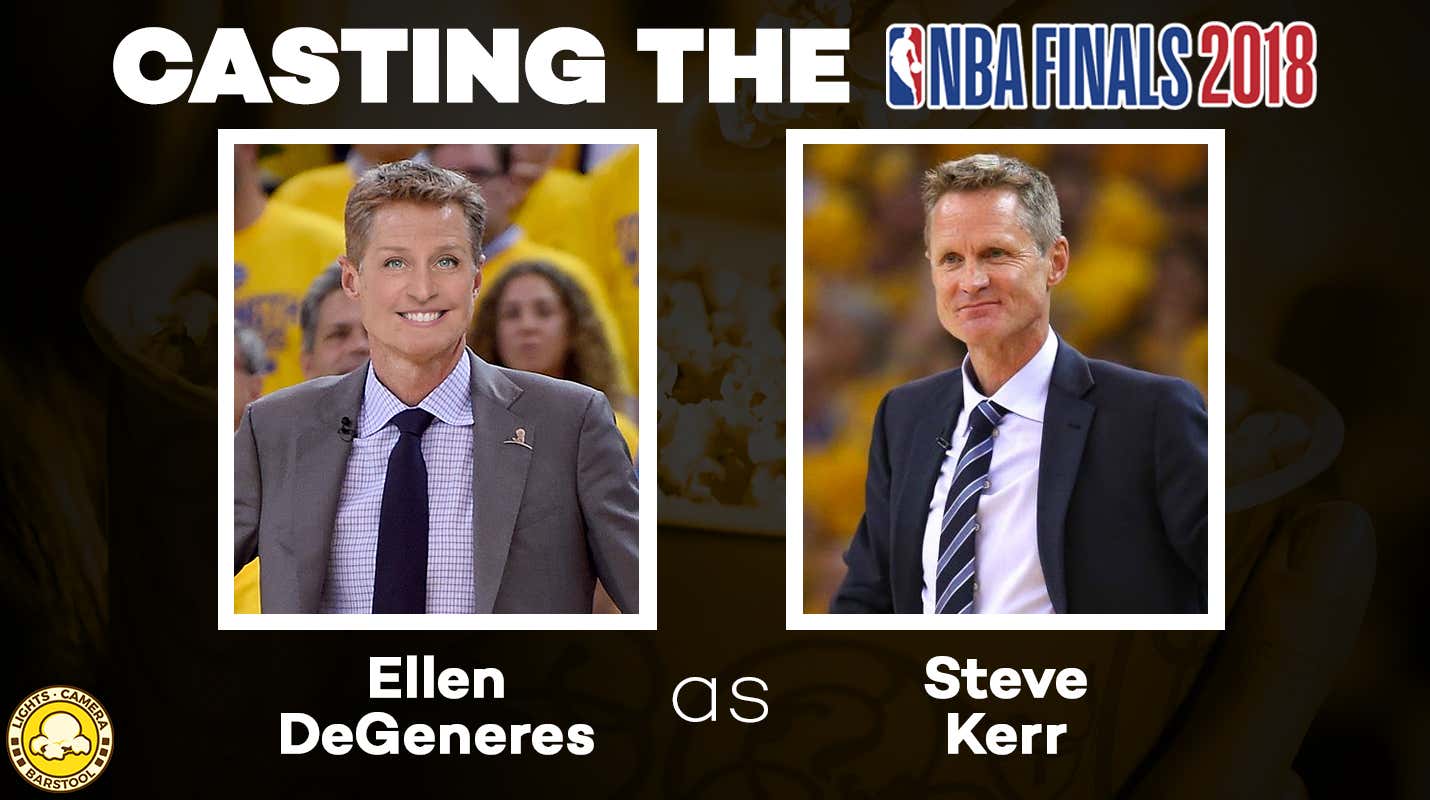 KenJac: A perfect facial match, Ellen would bring some spunk to the role of Steve Kerr. Although something tells me Kerr doesn’t have a Porsche. 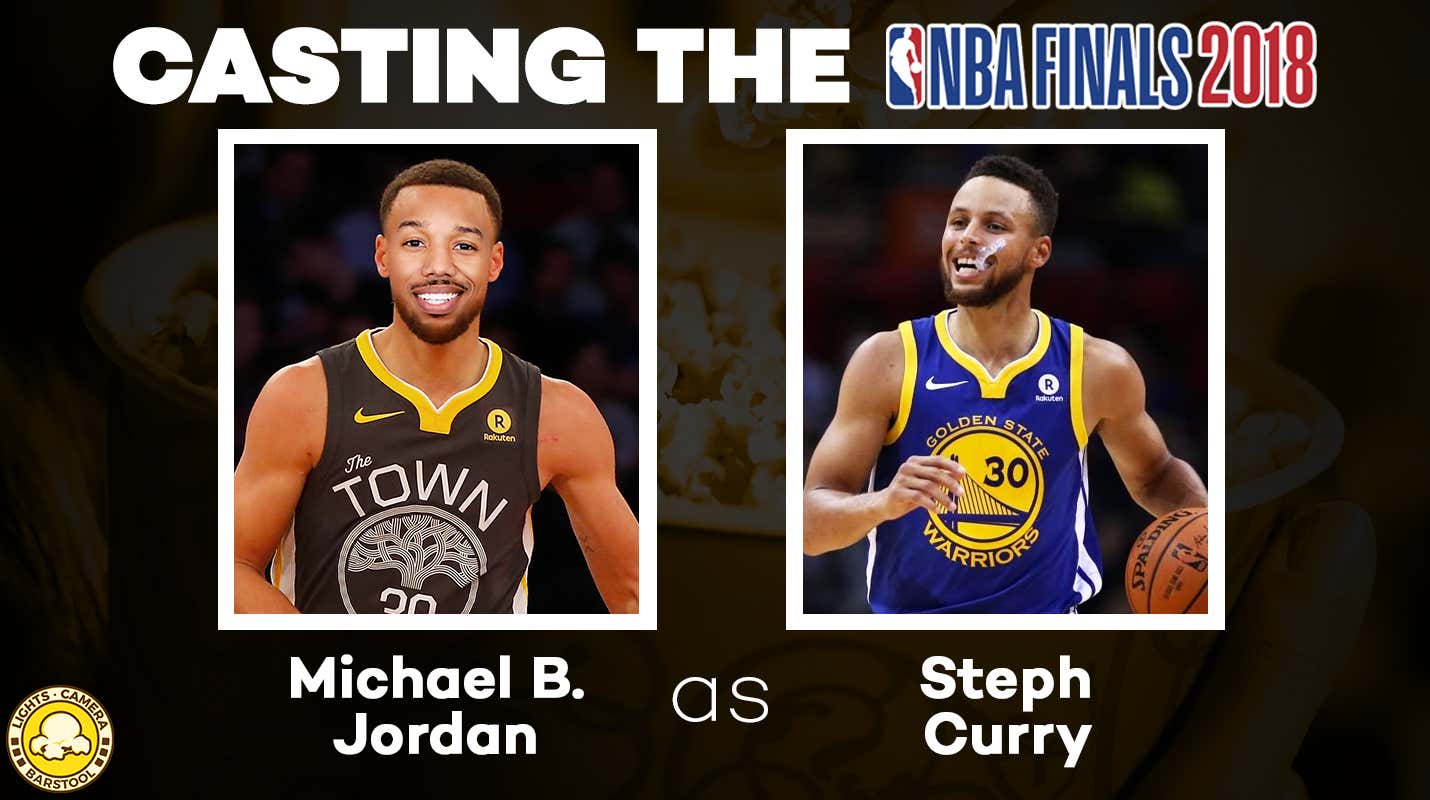 KenJac: I hate this casting. Michael B. Jordan is a beautiful, muscular, and most of all, fashionable man. Him playing the man that signed off on the Curry shoe is the most generous casting since they got Damien Lewis to play Rob Ford. 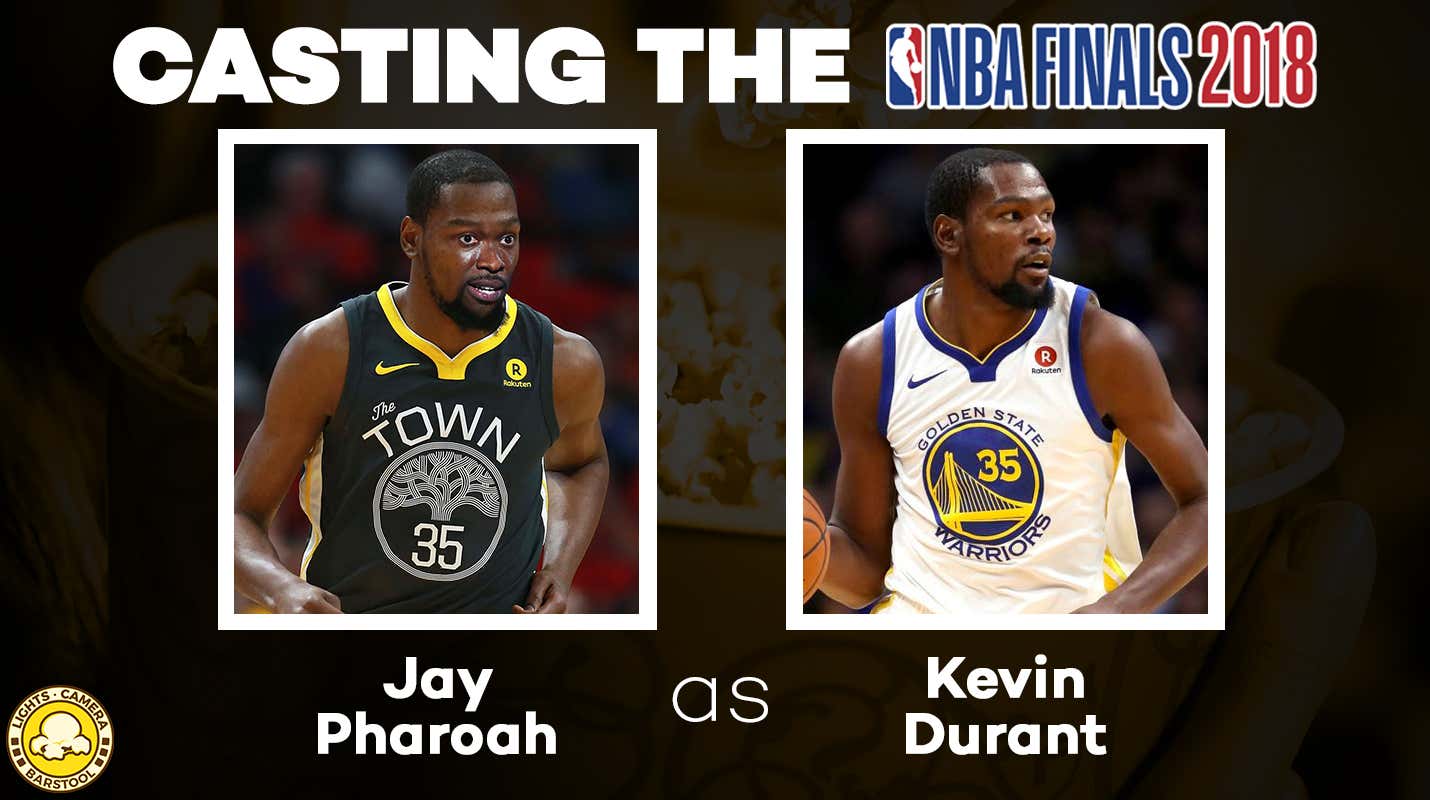 KenJac: The king of impressions should have no problem playing the most nondescript superstar ever. Although, something tells me Jay can’t identify with being in an all-time amazing cast.

Jeff: Pharoah can do some crazy impressions and is a pretty tall, lanky guy himself. Just need to find out if he is okay with the nickname “Slim Reaper.” 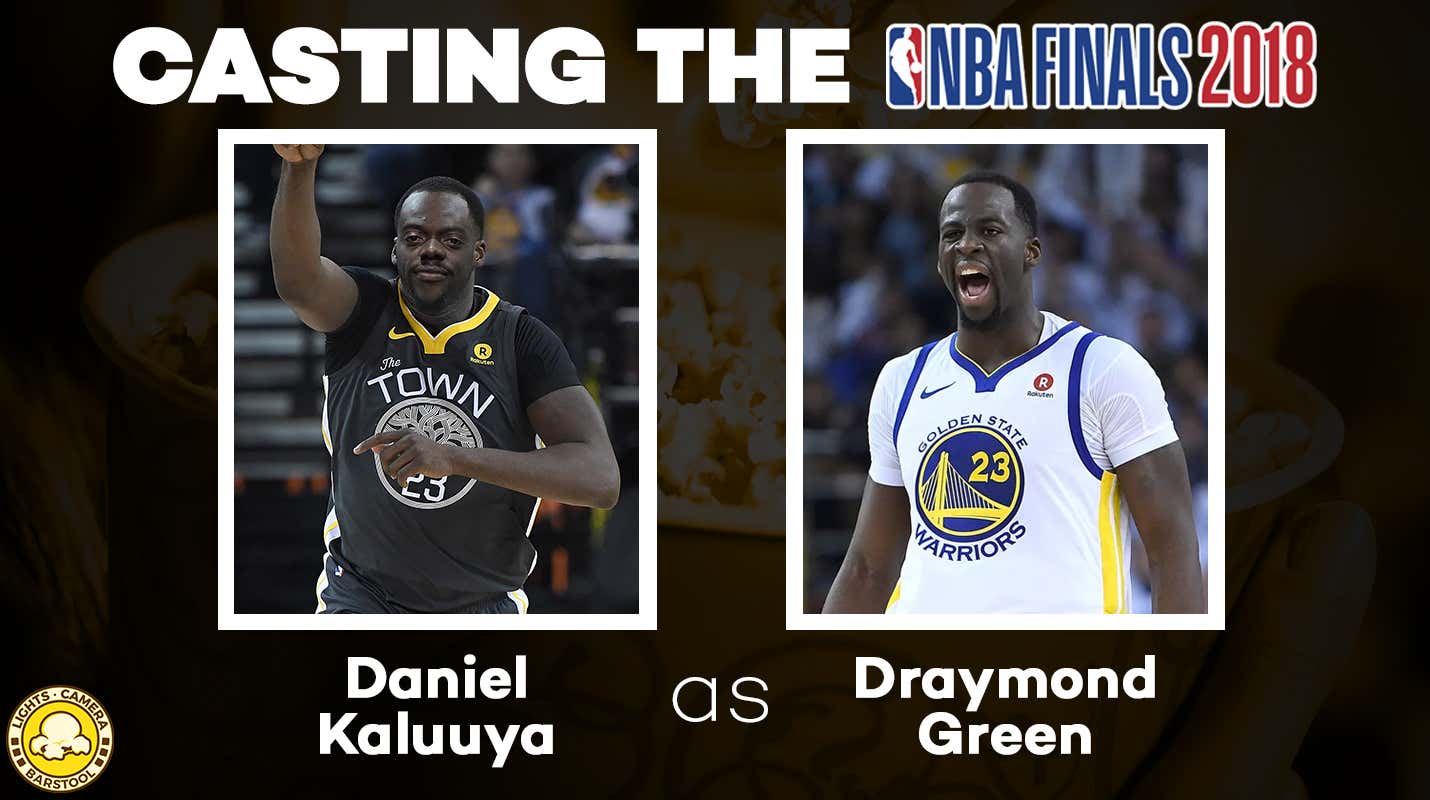 Jeff: Would getting kicked in the nuts pull you out of the Sunken Place? 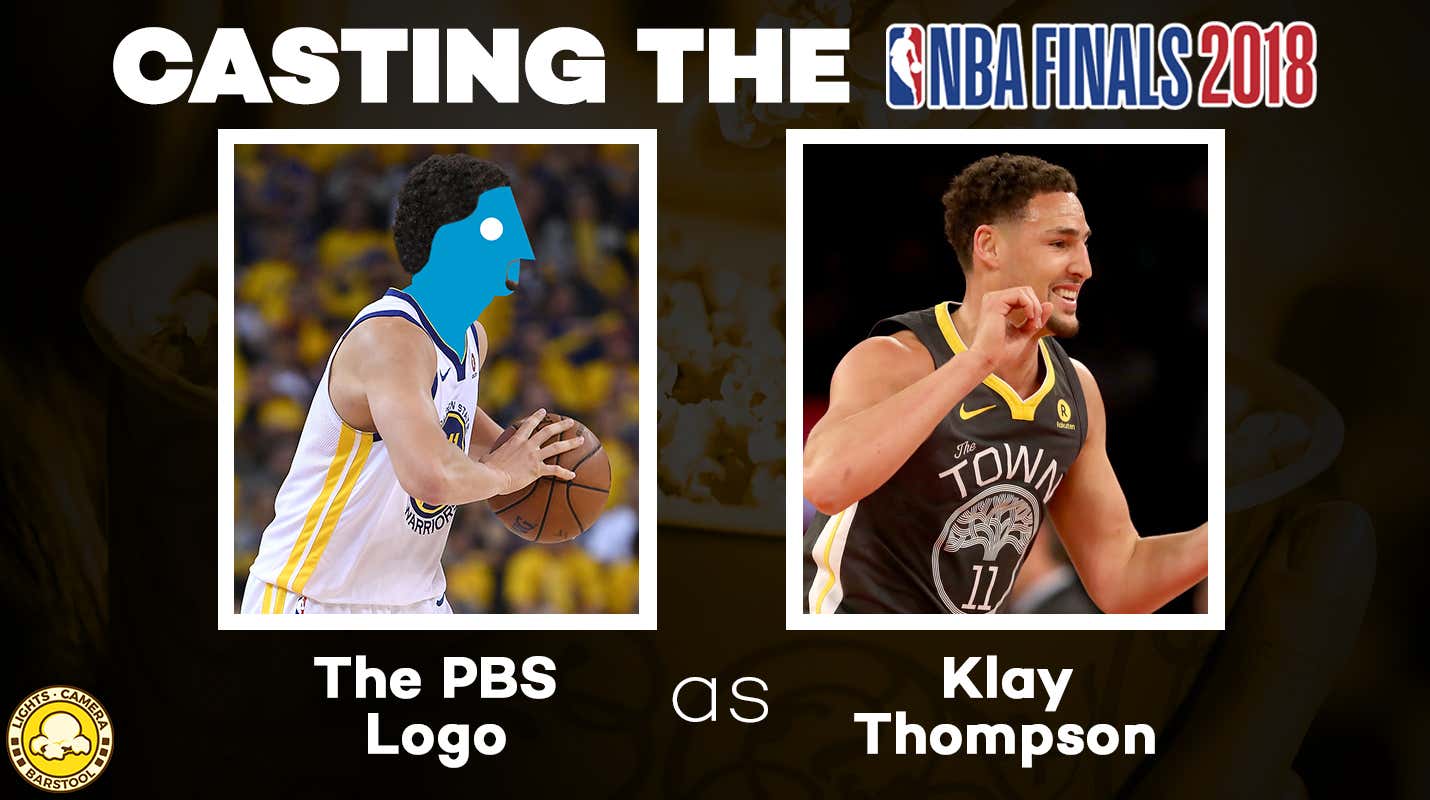 KenJac: Starting at the position between Steph Curry and Kevin Durant is what’s really between the lions.

Jeff: This was not our original idea, but we had to take it. This was perfect. 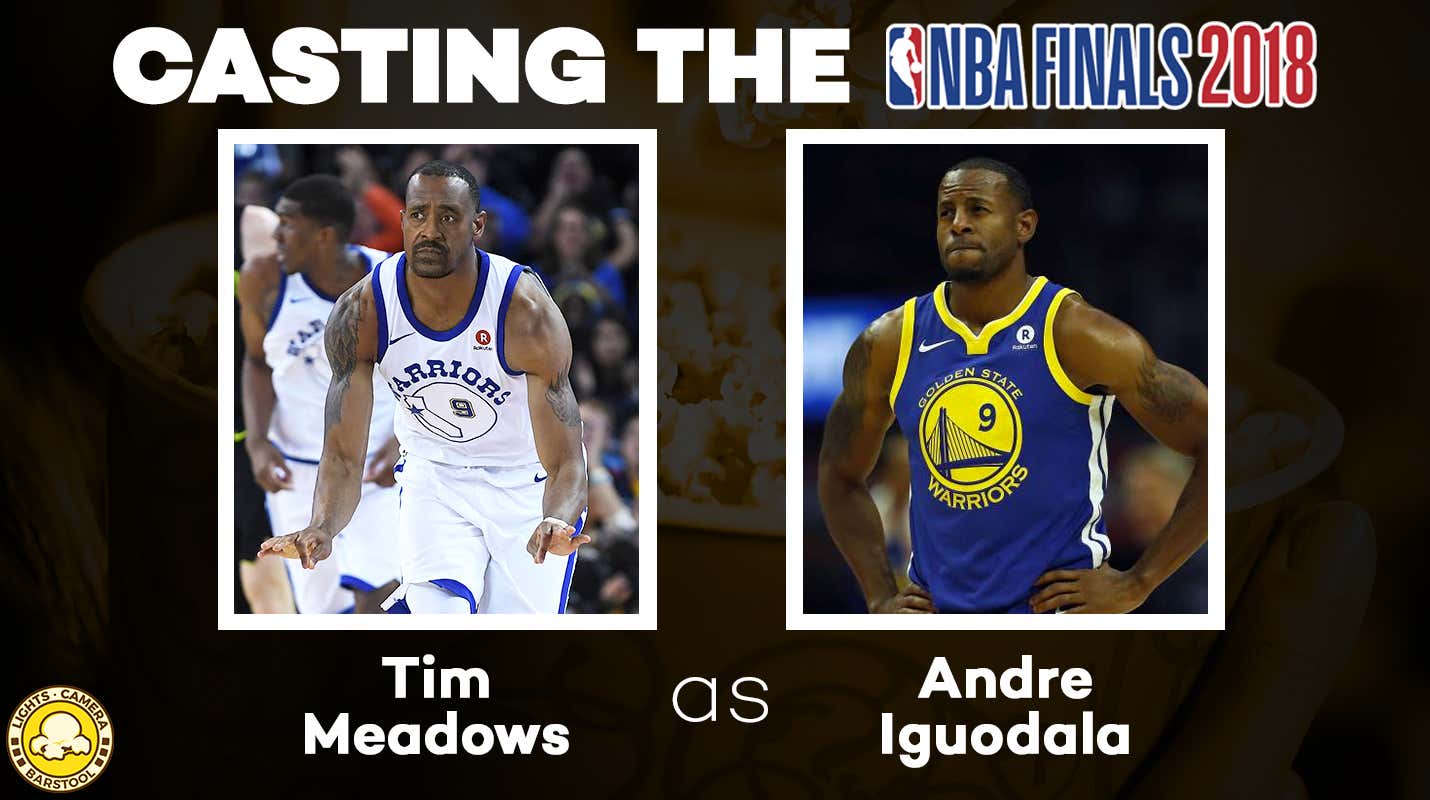 KenJac: Iguodala went from the high of highs winning Finals MVP, to the low of lows being the recipient of the block heard round the world. Some would say Tim Meadows should empathize after going from the cinematic masterpiece ‘The Ladies Man’ to the hell that was ‘Grown Ups’ and ‘Grown Ups 2?.

Jeff: I just want to say how fucking wild it is that Tim Meadows and Andre Iguodala look so much alike. 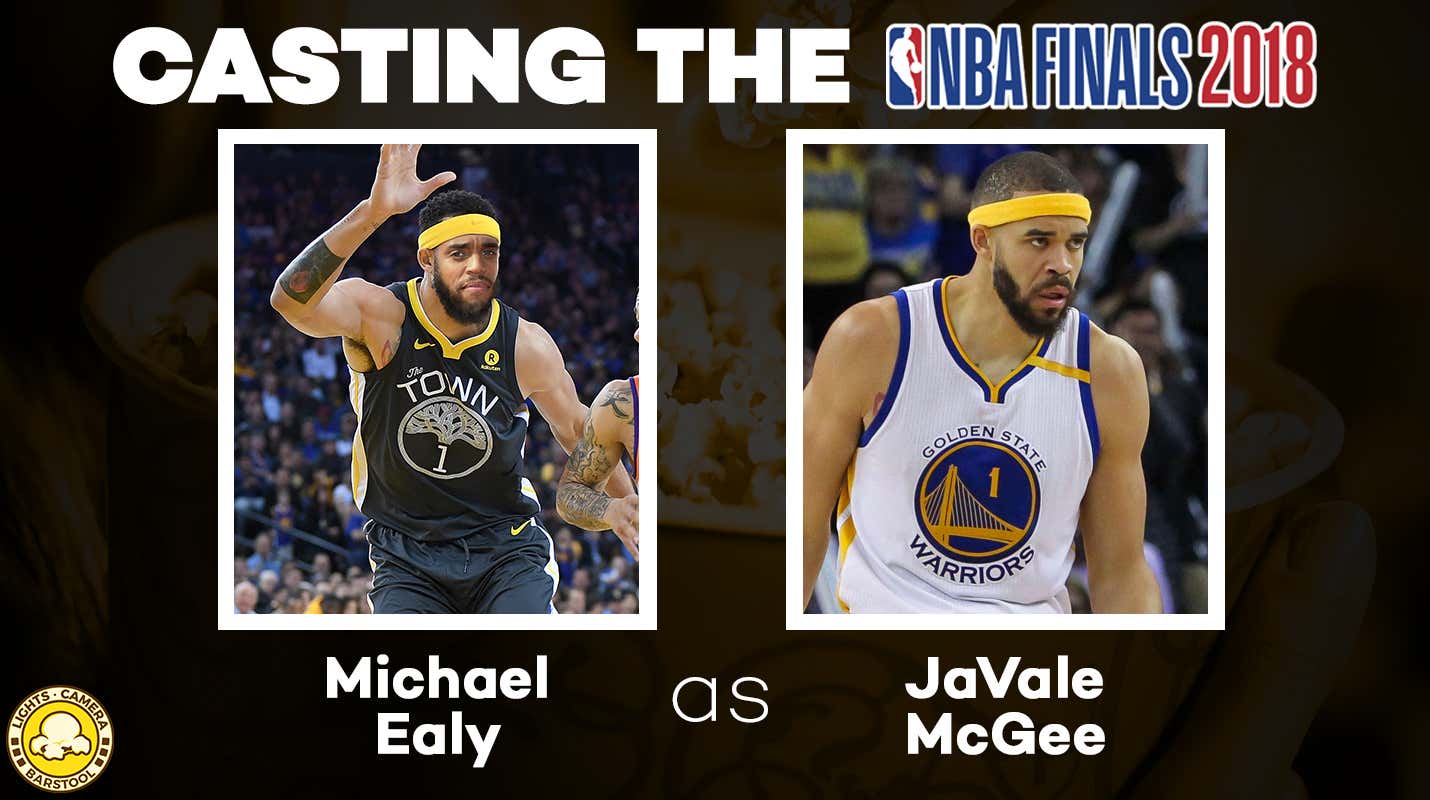 KenJac: I’ll be honest, I mostly like this casting because Ealy has a huge TV repertoire and can feed the beast that is “Shaqtin’ a Fool.”

Jeff: Michael Ealy was in ‘2 Fast 2 Furious’ and JaVale literally plays too fast and too furious. Perfection. 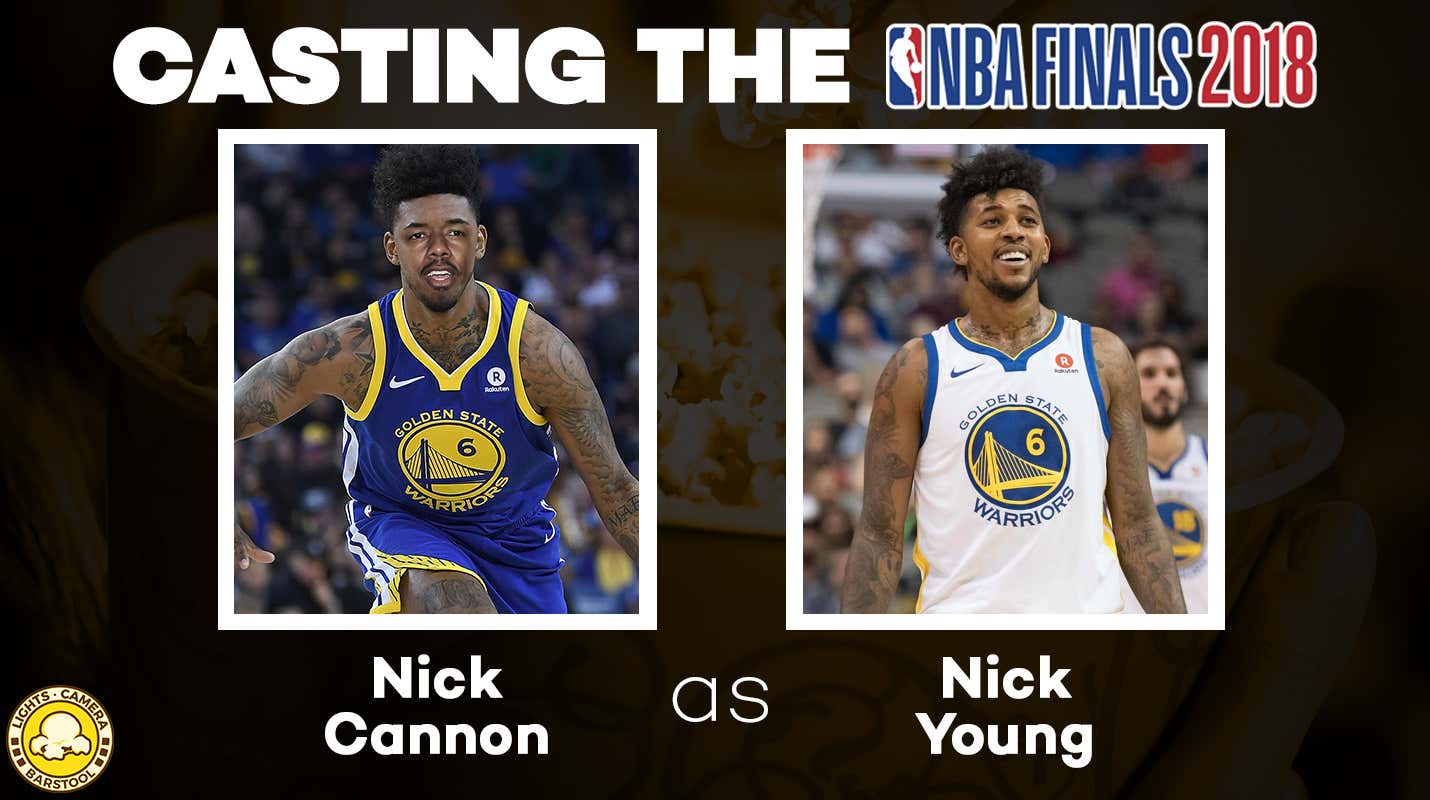 KenJac: These two might be twins for all I know. Cannon was also never the star on his team, but Young rarely has turnover because of a Carey.

Jeff: Just like Meadows and Iguodala, this one blew my mind. Top it off with the fact they’re both named Nick, this casting really is all that. 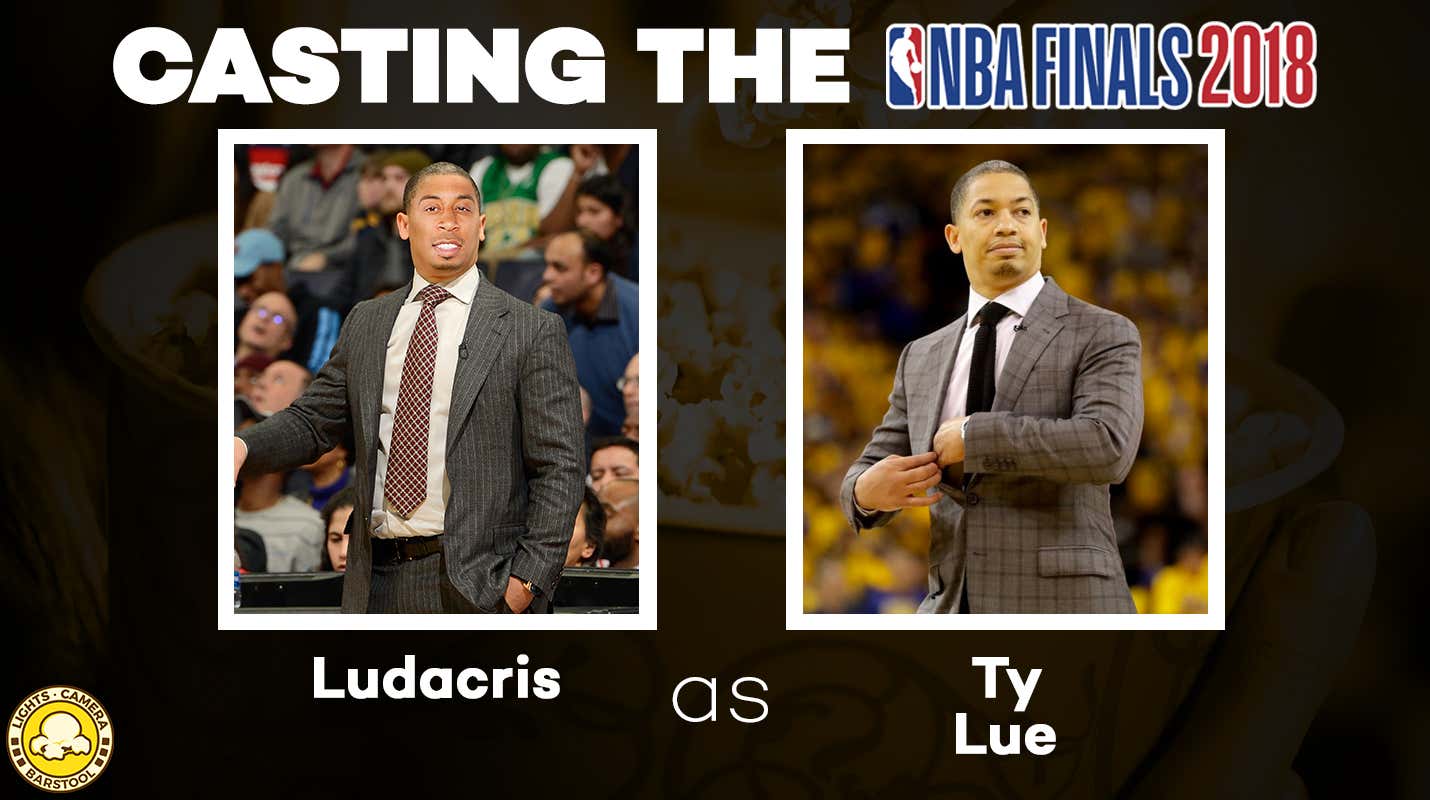 KenJac: Even Luda has the chops to play one of the most expressionless men in sports. It’s probably no harder than playing Jim Caldwell. Having played the mechanic Tej Parker in the ‘Fast’ franchise (I had no idea that was his name) makes him well suited to play the man best known for being passed over by #3 in the franchise.

Jeff: Ty Lue doesn’t show a whole lot of emotion, so the role won’t require much from Ludacris here. With that said, a musical scene to fire up the team could be a fun twist. 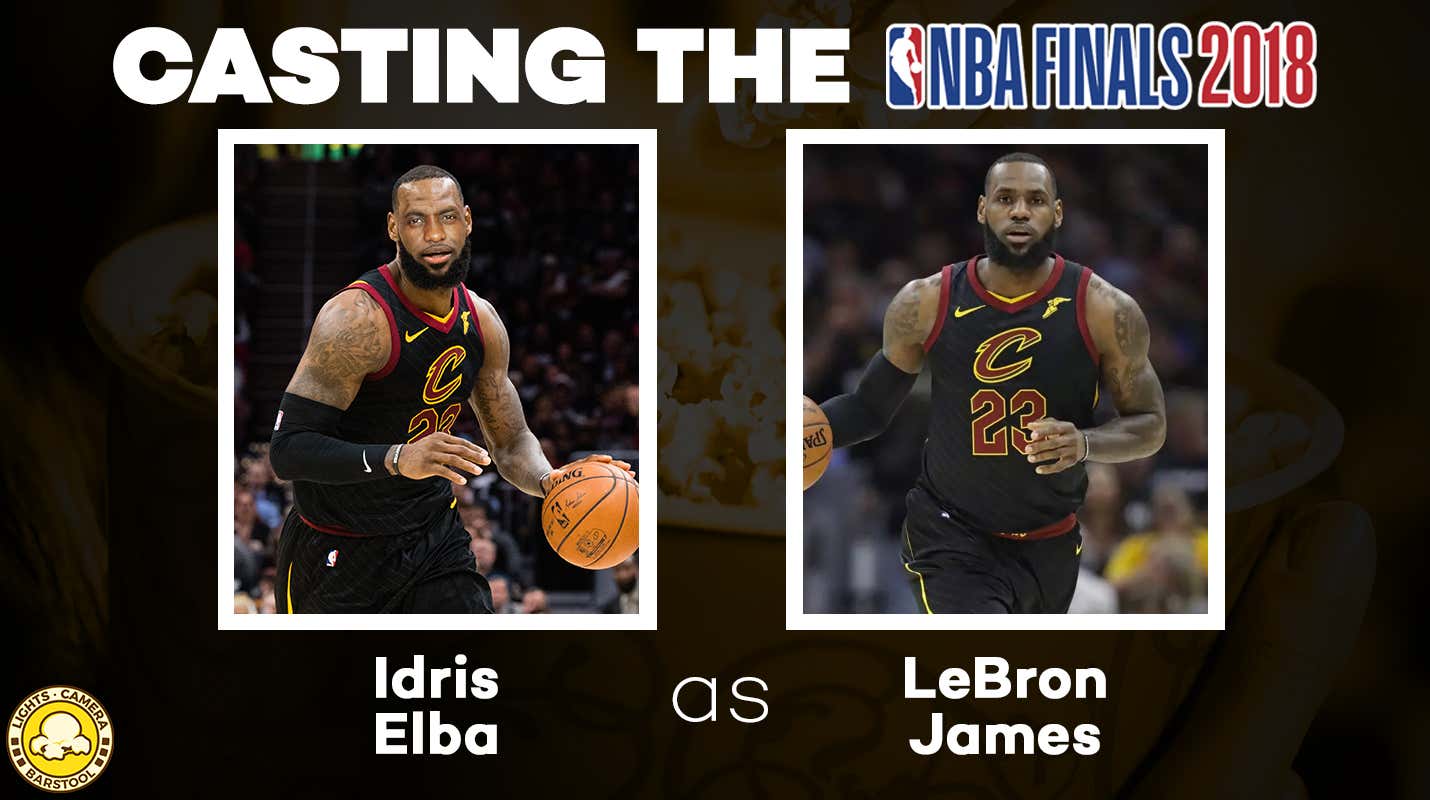 KenJac: LeBron deserves to be played by the best actor we have available. Elba can carry a cast of delinquents, and this could lead to the eventual crossover/sequel movie, ‘Zero Dark Thirty-23?.

Jeff: That truly is a picture of Idris Elba photoshopped onto LeBron James. Not lying. 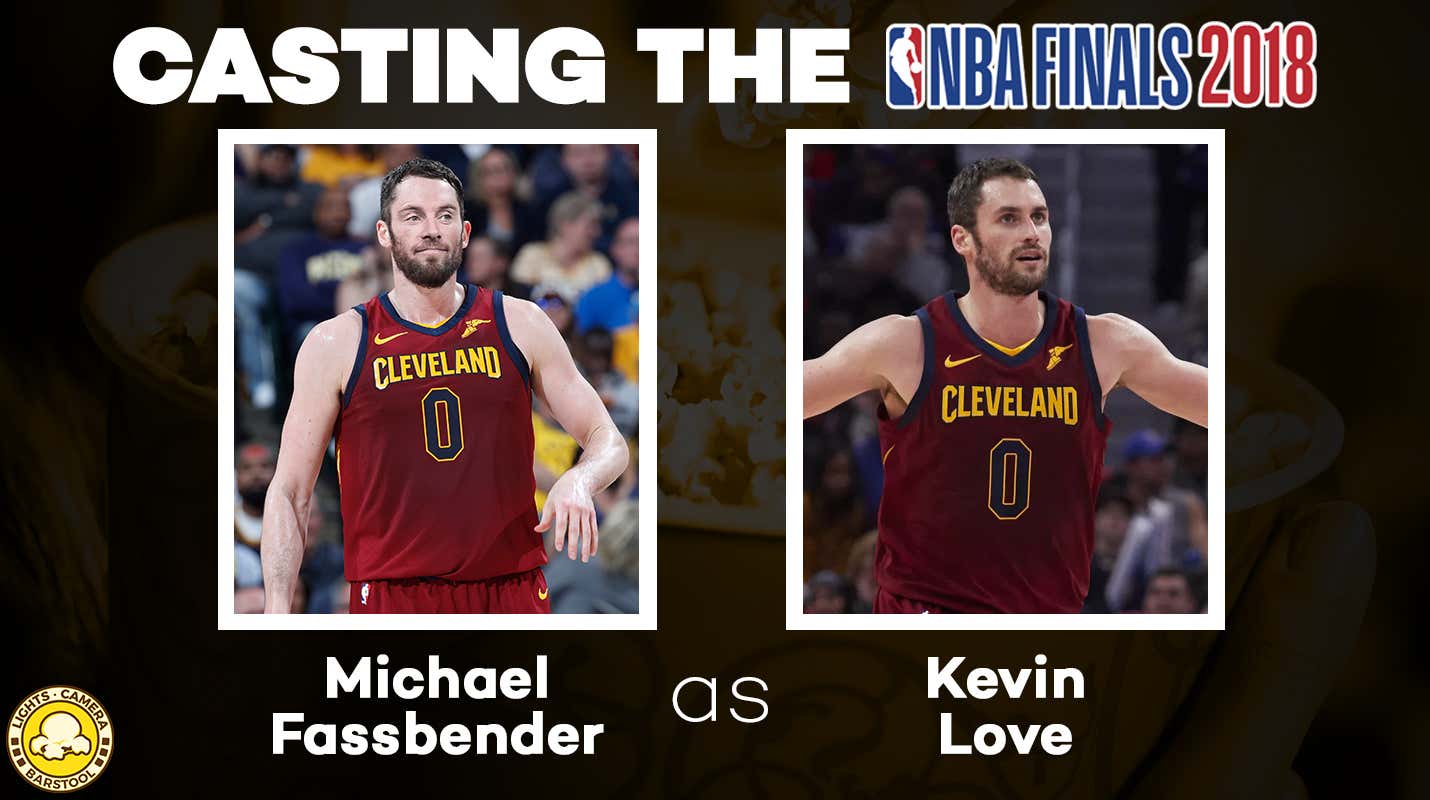 KenJac: I mean, have you ever seen him as the titular character in ’Steve Jobs’? He invented the first Mac which is literally the primo box. 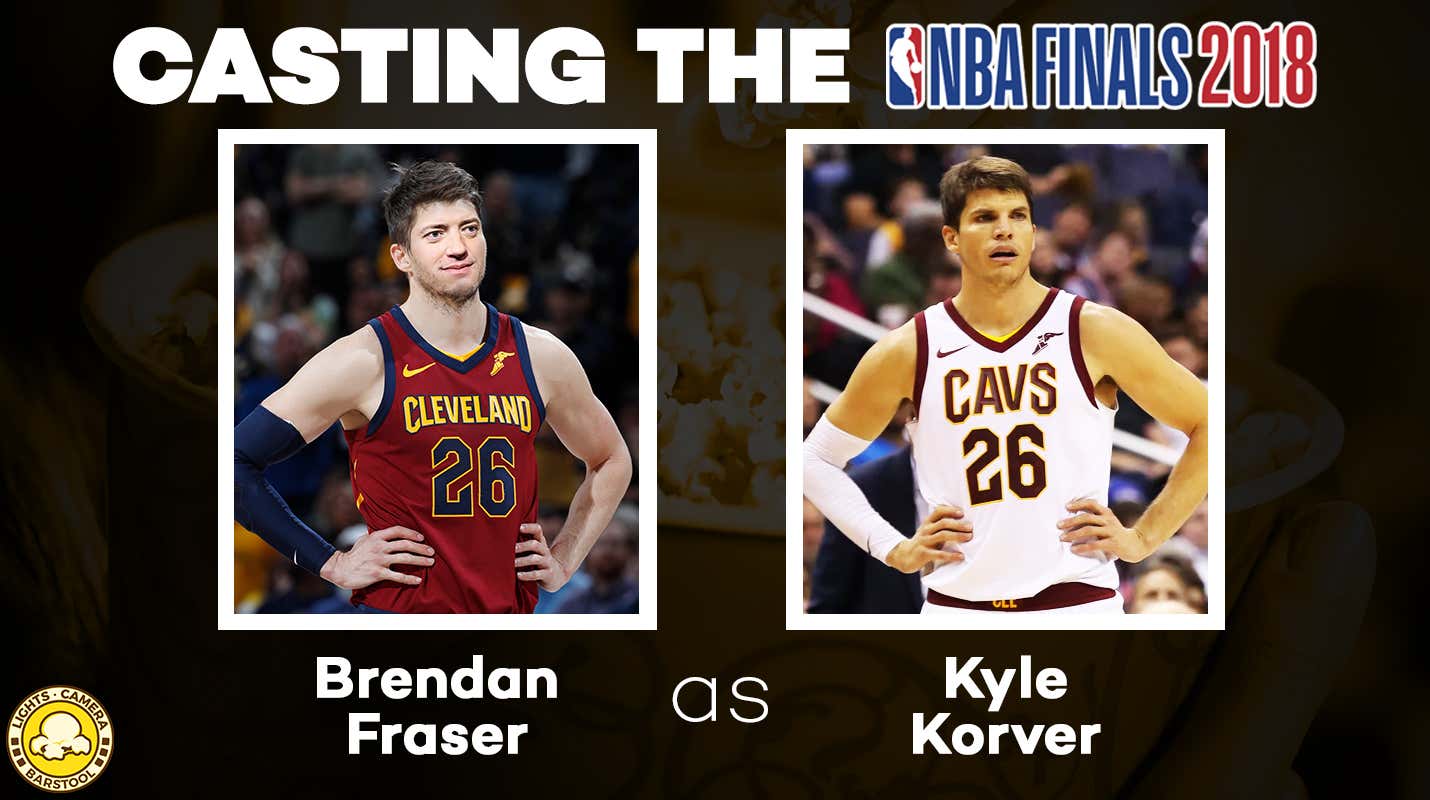 KenJac: My beautiful baby boy will always be in everything we cast. The biggest difference here is that Fraser has trouble shooting a three (The Mummy: Tomb of the Dragon Emperor) 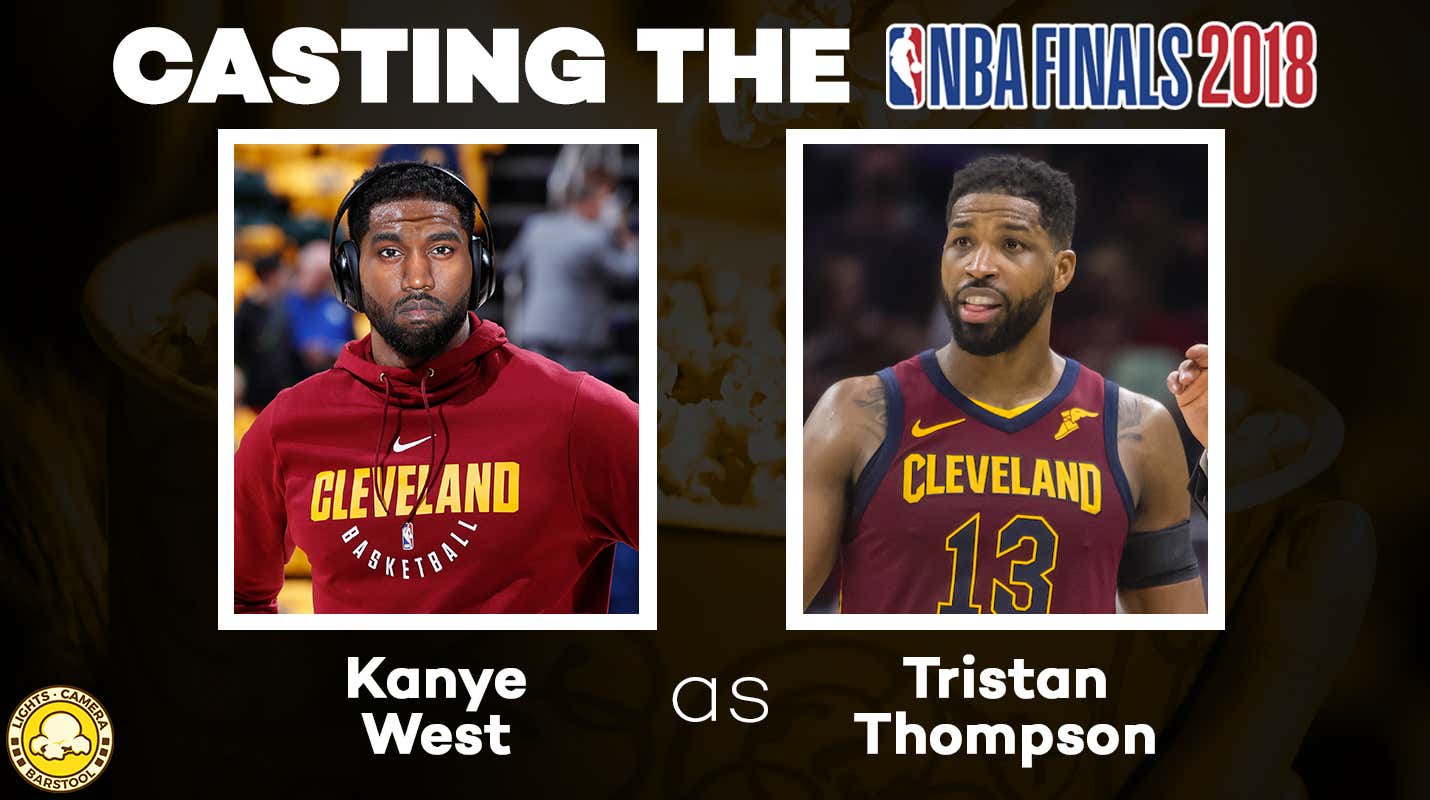 KenJac: Tristan is maybe the least Power Forward name in the history of Power Forwards. Just wanted to say that. 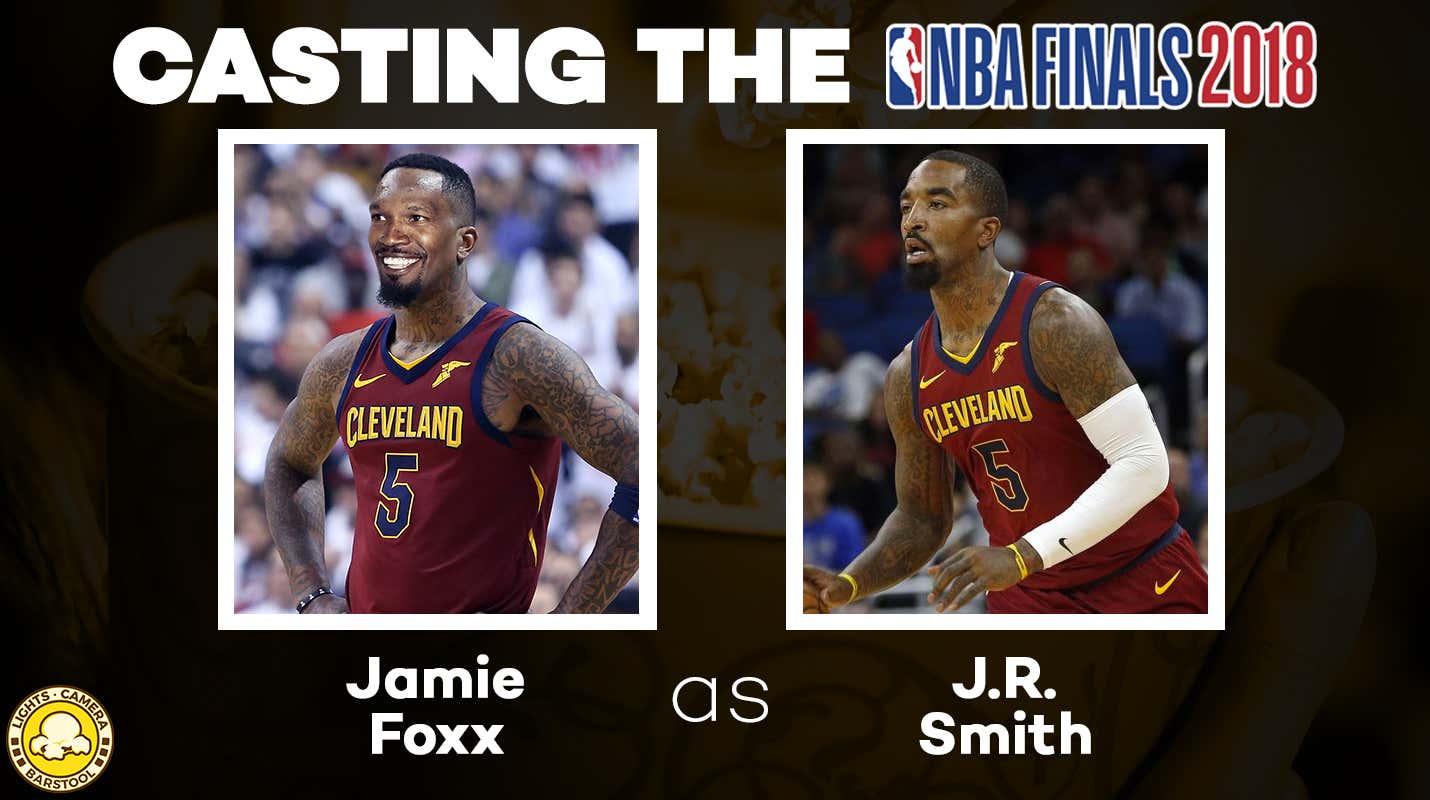 KenJac: If Jamie Foxx had played Stevie Wonder instead of Ray Charles he would be perfect. Only because the internet constantly isn’t sure if he’s blind or not.

Jeff: Jamie Foxx was a leading candidate to play LeBron, but he needed a bit more of an exciting character. This is my favorite role in the movie by far. Absolute electric casting and you know Jamie Foxx would get many awards season nominations from this performance. 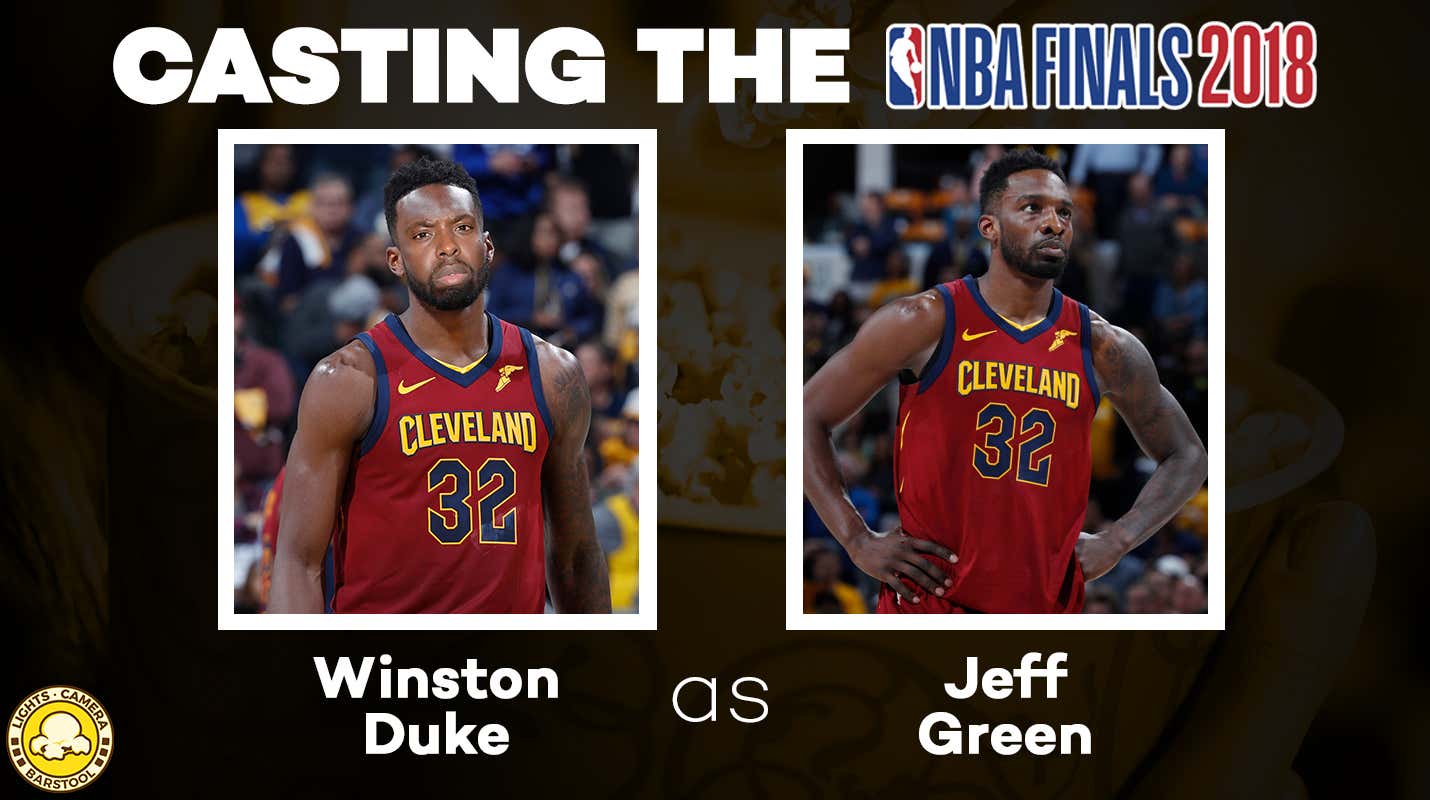 KenJac: M’Baku wanted nothing more than to get the heart shaped herb which Jeff Green (and to a lesser degree, J.R. Smith) probably would have coveted in real life. He starts out as part of a forgotten tribe (RIP Seattle Supersonics) and realizes that his true place is as a role player for the collective good. 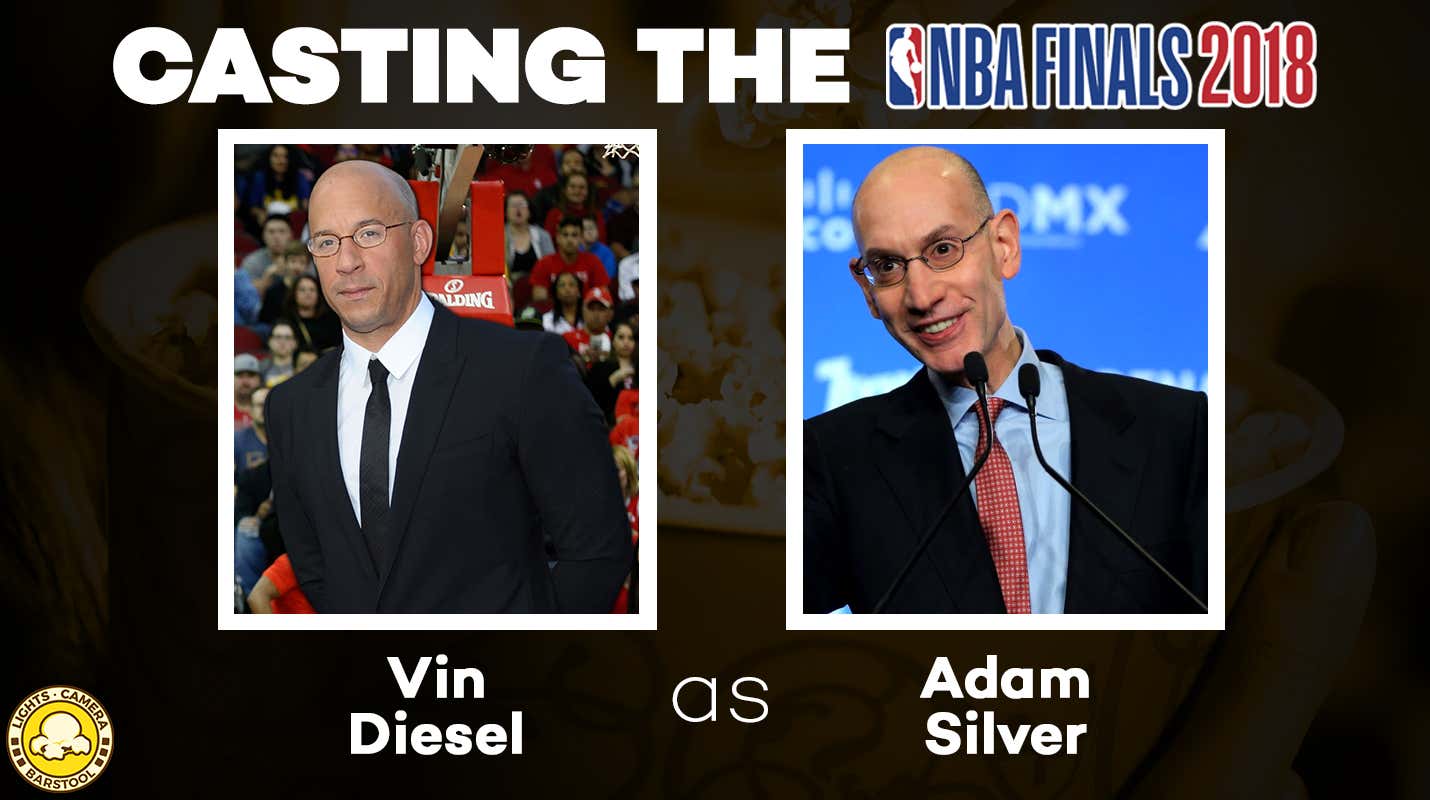 KenJac: I love my beefy commissioner.

Jeff: Yes, we know there are other bald people in Hollywood. No, we didn’t consider anyone else. 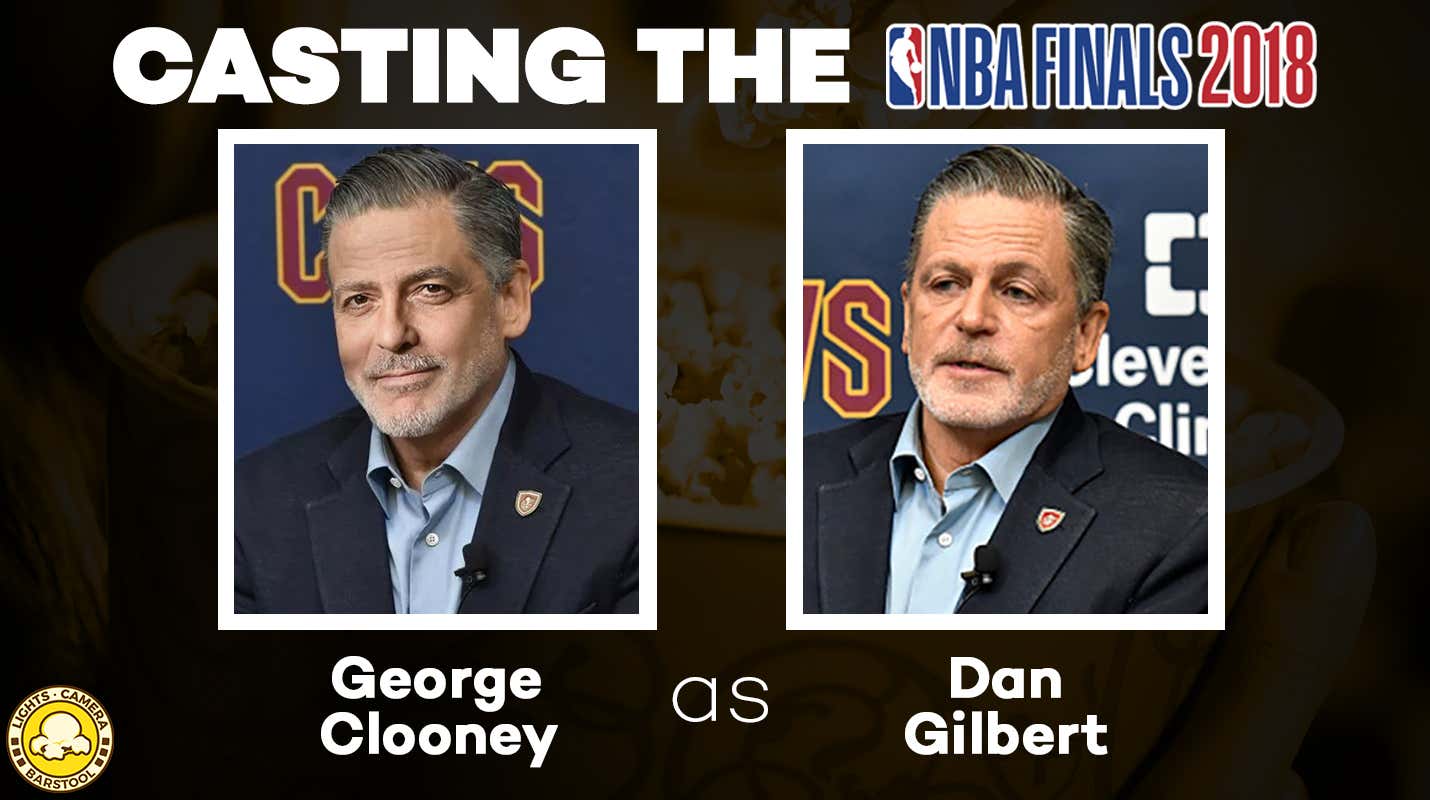 KenJac: Personally, this is my least favorite casting. Danny Ocean is well known for his ability to put a team together which makes him the Christ to Gilbert’s Anti-Christ. However, he can play a dumb, stumbling fool pretty well (See ‘Burn After Reading’ and ‘Hail, Caeser!’).

Jeff: Dan Gilbert owns casinos. When a casino is involved, I have no other choice than to make than a character from the ‘Ocean’s’ universe. 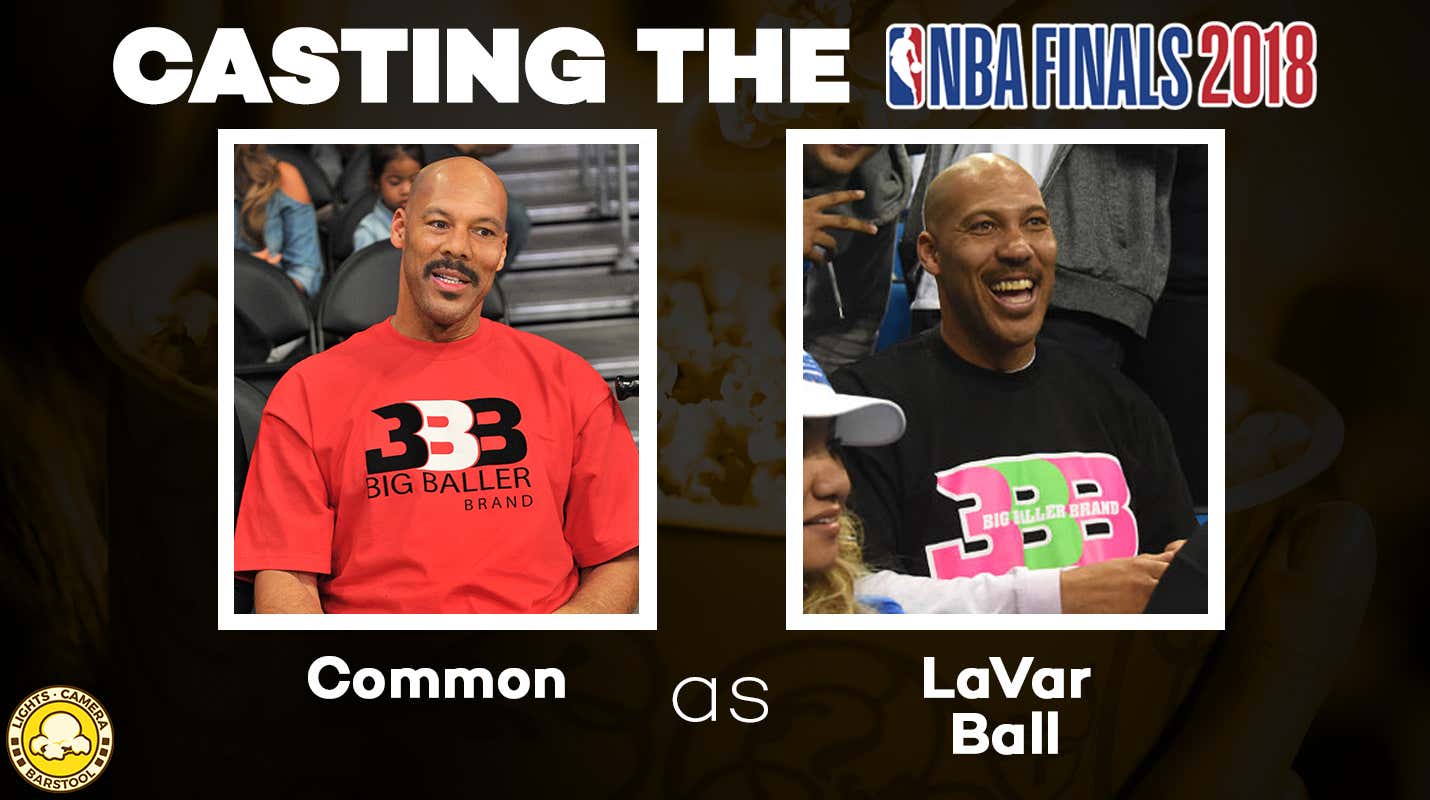 KenJac: This was just too easy. Just need to find a way to shoehorn him in.

Jeff: Let’s get serious for a second: Common’s new look and similarities to LaVar are insane. When KenJac tweeted out a recent interview with Common, I sent it to everyone I know. LaVar is going to be the subject of a ridiculous movie one day and there’s no doubt it is Common’s role to lose.

—
So there’s our movie. What do we think? Let us know on the Lights, Camera, Barstool Twitter or on our Reddit page. Don’t forget to subscribe to the Barstool movie podcast, our latest episode this morning.