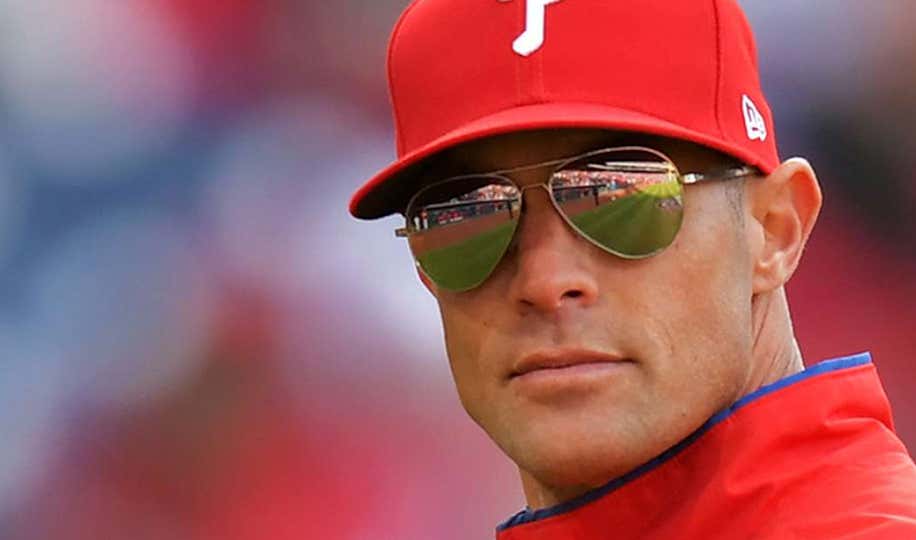 It was hard to watch that game yesterday. Really hard. I was flipping between that and Whiplash because I couldn’t watch Matt Kemp murder the Phillies as he has been known to do his whole career. As I’m watching Zach Eflin struggle to get through the 3rd and then the 4th, all I am thinking to myself is something I have been preaching for over 2 years…

You could throw the argument at me that 5 right-handed starting pitchers work for the Cleveland Indians. 2016 World Series runner-ups, 22 game win streak in 2017, and currently in 1st place in the very weak AL Central. My argument back would be simple: You don’t need one when you have one of the greatest managers of all time and one of the greatest bullpens of all time.

The Phillies have neither. Gabe is still a rookie, their bullpen is shaky at best and while they have two bona fide aces, the rest of the staff is the reason my fingernails are bitten to the cuticle.

Fact of the matter is the Phillies are tossing out there a Starting pitcher who pitches from the right side with the same exact repertoire every day of the week. While two of those guys are named Aaron Nola and Jake Arietta, it makes names like Zach Eflin, Ben Lively, Vince Velasquez and I’ll even say Nick Pivetta, that much easier to face.

The numbers don’t lie. Left-handed batters vs. the Philadelphia Phillies this year have a .740 OPS which is a whole 125 pts higher than Right Handers.

I think I may know one pic.twitter.com/B05zGCib5K

A lefty starter makes life easier for any rotation. It mixes things up, confuses hitters and makes a righty dominant bullpen that much more challenging. So give me someone, anyone, Matt! I’ll take Randy Wolf at this point. Hell, bring Omar Daal back from the dead for me We need a southpaw here and we need one now.

Other News: Rhys hits the DL with a fractured jaw. That badass pinch-hit on Tuesday and doubled. He’ll have a few weeks off to rest his face and I guarantee you he comes back wit a vengeance. He really, really struggled in May as the baseball world has noted a billion times.

Kershaw is back from the DL and he faces Nola tonight. Nationals are rolling as expected and the Braves continue to stay relevant, so a win here to remain 1.5 back is more important than you think.