Have they started putting GIFs up in museums yet? If not, they need to start with this one right here. All I need is someone to hit me up with an email address to The Louvre and I can send this bad boy over right away. It’s all just so perfect.

Washington Capitals fans love to tell you how much bigger and stronger and badder Tom Wilson is than anybody else in the league. Sure, he’s able to land some pretty heavy hits when guys aren’t looking or 2 full seconds after they get rid of the puck. But turns out that not only are there guys in the league who are bigger and stronger and badder than Tom Wilson, but one of them just so happens to be playing in the Stanley Cup Final as well. And now here is the exact excuse that Caps fans will always try to make for Wilson. It’s not Ryan Reaves’ fault that he punched Tom Wilson square in the kisser last night. It’s not his fault that he’s just bigger than Wilson is. Tom Wilson came to crosscheck him first, all Reaves did was put his arms out to brace for contact and Wilson’s big mouth just so happened to be where his fist was. Turns out that Ryan Reaves is just a huge Radiohead fan as he’s serving as the Karma Police out there.

But there is still so much more to this moment than meets the eye. Just look at how much is going on here. 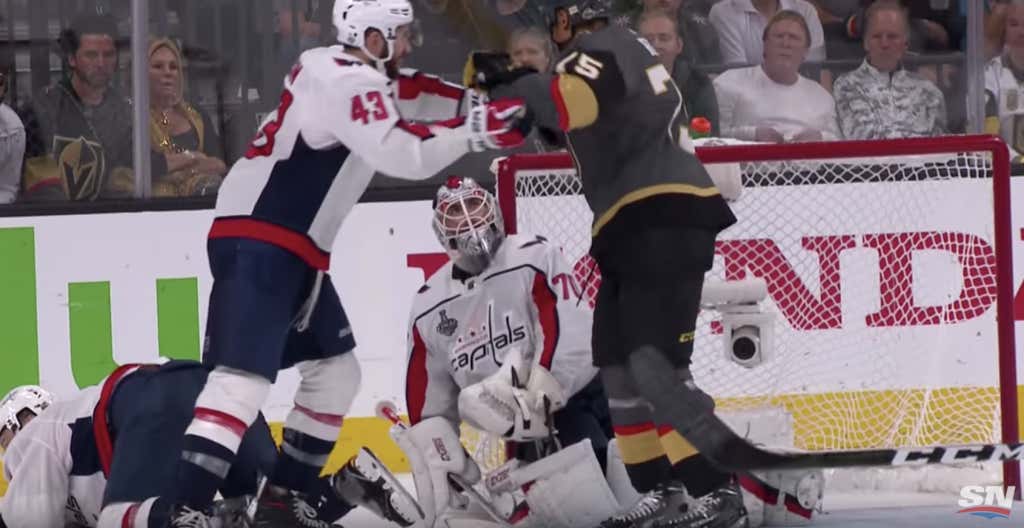 For starters, you have Orlov already on the ground after getting kicked out of the club by Reaves. Then you’ve got the staredown between he and Holtby. 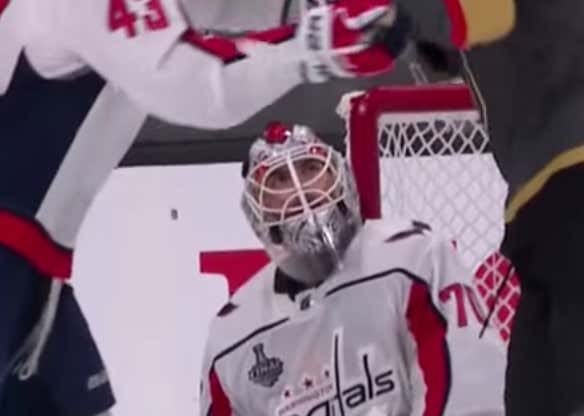 His eyes tell the whole story here. He knows he should be angry, but he also knows there’s nothing he can do about it but just pray that he’s not in Reaves’ path of destruction. And then if you just look a little further to the right. 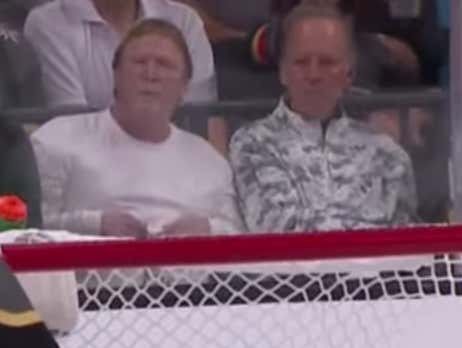 You’ve got Mark Davis looking like a goddamn snack, taking in all the sights and sounds from the glass seats. What really pleases me here is that even though there is a ton of physical altercation going on here, Mark is still refraining himself from banging on the glass. Anytime I see somebody with that level of self-control, I know that I can respect the hell out of that individual.

By the way–the Caps won and Holtby had a ridiculous save late in the 3rd period. Those parts of the game sucked. But watching “Tommy Hockey” take one to the chiclets was glorious nevertheless.