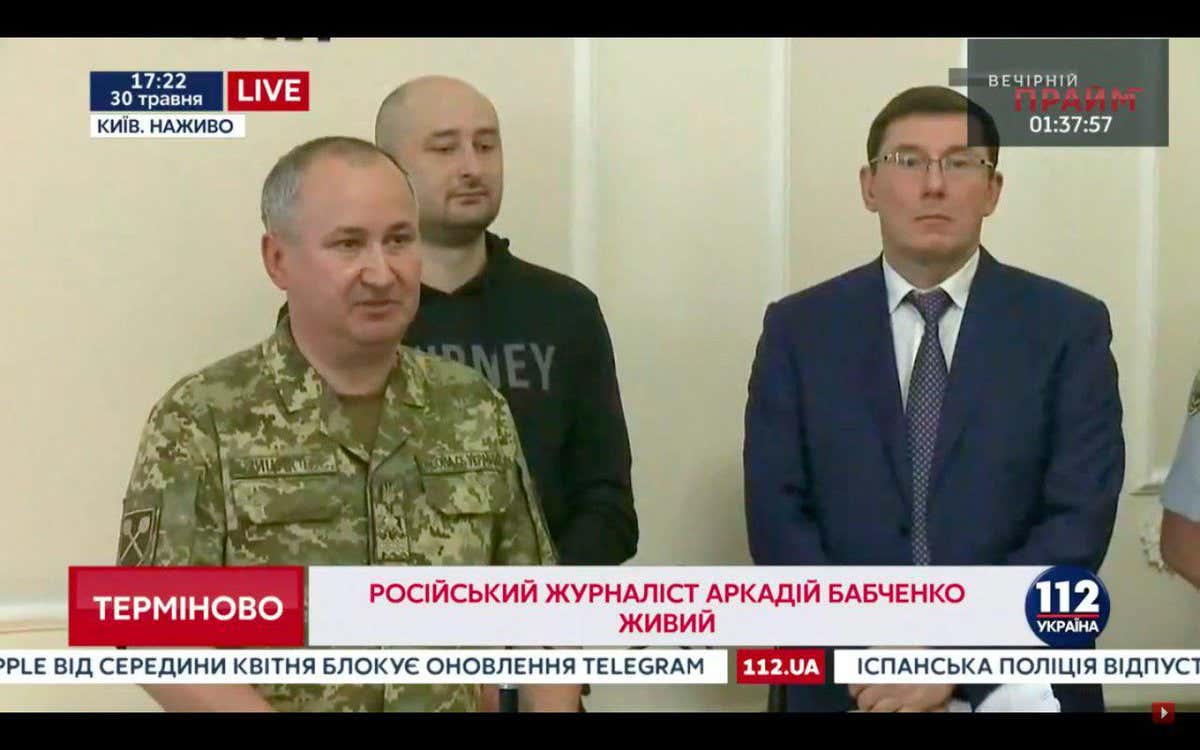 This mother fucker is gonna be doing the dishes, washing the cars, and getting honey-dos lists out the ass. Here she is doing everything at home whilst mourning the death of her beloved Babchenko. Through tears and while watering the garden, she was muttering, “Babchenko” over and over.

I kinda feel like she needs to give him a pass through. If you get into journalism in Ukraine, you have to know that you will be faking your death at least once.

Diplomats all over the joint were talking about his death yesterday and this morning.

I’d be pissed if I was this dude who traveled. Eastern European travel can be a nightmare. When you’re packed on the little planes, you are reminded that many people in that section of the globe aren’t as liberal with their old spice as they should be. Talkin stinky plane pits. If you’re flying next to a stinky fuck and purchase the in-flight wifi and see that the funeral you are headed to is called off because the reporter who you are mourning isnt dead, you might be angry and kill that reporter. You’d be well within your rights too. It’s Eastern Europe after all and that place is a free-for-all.

This mother fucker is alive and major news outlets across the world are still posting about his death. Not Barstool. We always get it right.