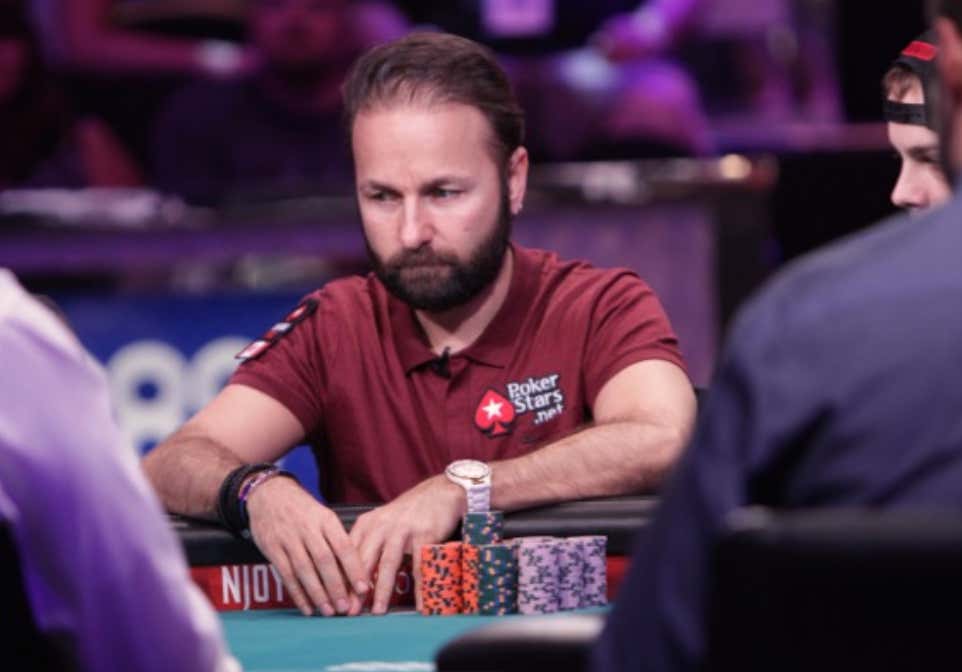 See that guy? That’s Daniel Negreanu. Arguably the best poker player in the world, Daniel is also the nicest dude on the planet. When I was in Vegas a couple of weeks ago at the Tiger Woods Foundation event, Daniel approached me with an idea- to give me a team in his annual $25,000 World Series of Poker fantasy league, and if we win, giving all the money to charity. Now to be honest, I thought it was the booze talking, as the Knights had just beaten Winnipeg and we had cocktails flowing. But he was dead serious.

Now for quick reference- what is the $25k WSOP fantasy draft? Well it’s similar to your fantasy football draft, with some little differences. For starters, it costs $25,000 to enter. This year, 16 teams ponied up the $25k for a shot at the mid-six fig payday. How it works is simple- you start with a balance of $200, and each team nominates a player, and then the bidding begins. For example, a team says “Daniel Negreanu” and he is then auctioned to the team who bids the most. You have a $200 budget to put together an 8 player team, so you have to find value and sleepers, much like in fantasy football. Also, you have to be in the know about what players are playing a full schedule, and what players are “too rich”. That was the theme of the night- figuring out what poker players simply have too much money to be bothered to show up for the series. “Is so and so playing?” “Nah, he is too rich, has all the money already”.

Since every team knows everything about every poker player, and I am an outsider, I enlisted two sharps to help lead our team to victory. Brent and Remko from PokerGo are the brains behind our team. They had a spreadsheet handy, with a draft board and how much we were willing to spend on our top 50 or so players. At our team meeting before the draft, we decided to make one thing clear- we were not leaving that room without Daniel Negreanu. Not only is he one of the best players in the world, he also plays every single event, which is huge for getting fantasy points. It’s all about players who put in volume, can play every form of poker, and are known for making deep runs. Daniel does all of that.

So with that being said, here is the full breakdown of team #GoBarstoolGo 8 man roster: 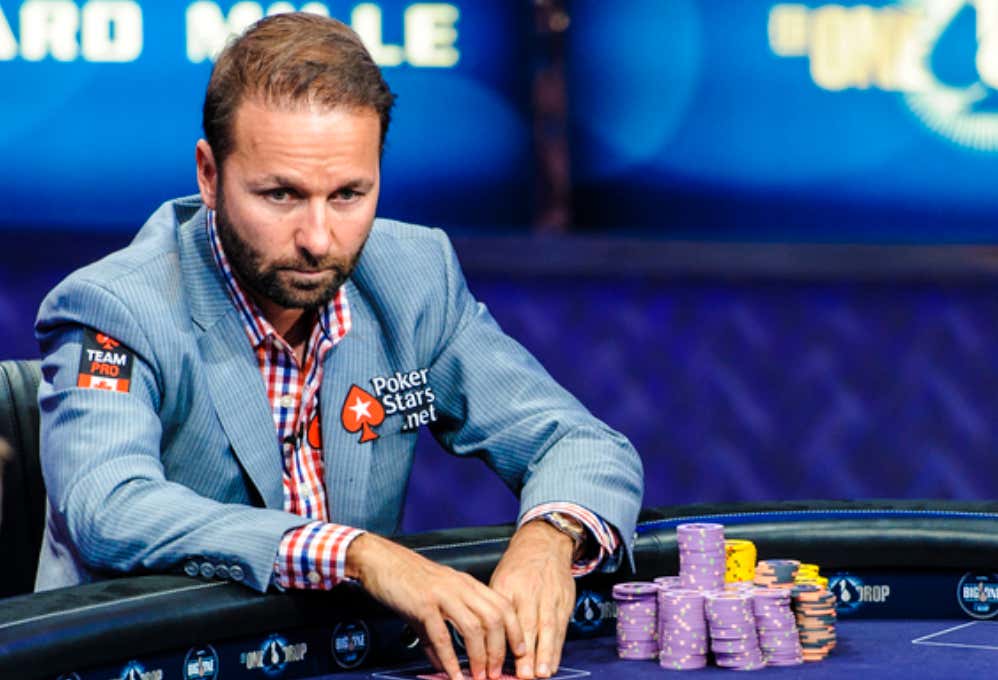 DNegs was always going to be the most expensive player taken in this draft, and we wanted him, and were going to spend infinite to get him. In 2018, the majority of the best players in the world don’t play a full WSOP schedule. They just can’t be bothered to play a $1500 event, it doesn’t get the blood pumping. Many of the best NL Holdem players will only play high rollers. But not Daniel. He loves the rush, and he wants the bracelets. He plays nearly every event he can, especially the smaller mixed games, and makes deep runs year after year after year. I mean let’s look at his stats: 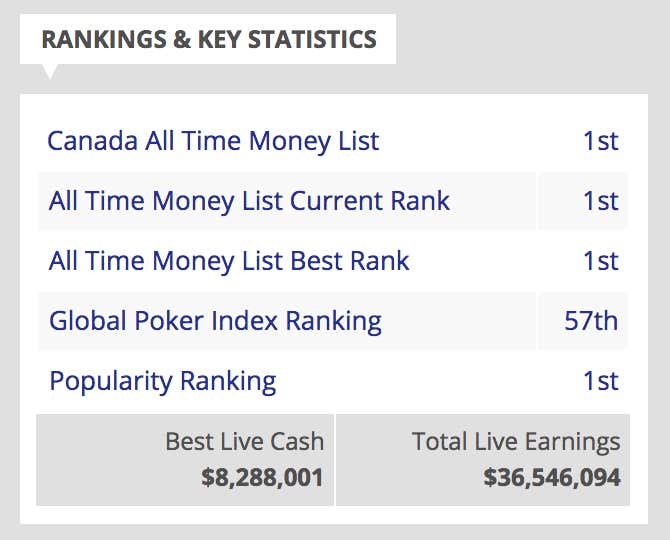 Is that…is that good? Oh and no biggie, but he’s currently at the final table of the $300,000 Super High Roller Bow which has another casual $5 million for first place. That plays down to a winner today. Nothing like starting the Summer with a 7 figure score, eh? Pretty good confidence builder heading into the WSOP grind. Daniel is our guy, and we will be riding and dying with him all Summer. Can’t wait. 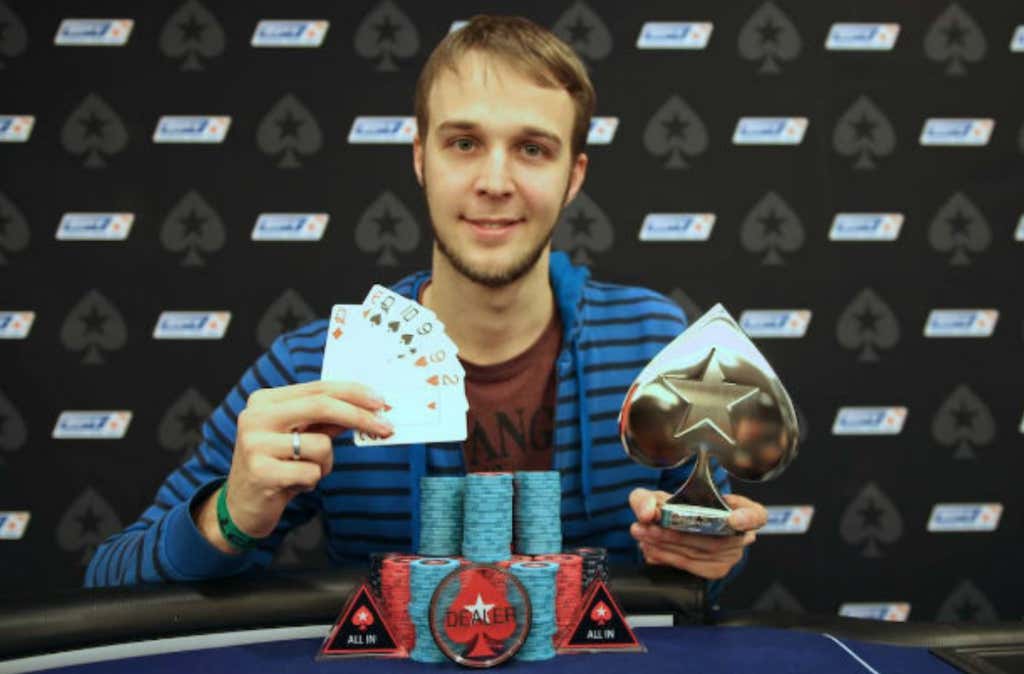 Ziggy, has he will now be referred, is a Remko special. Remko called up his sources in Russia, and they said “you have to get Ziggy”. After doing his research, Remko was prepared to spend up to $30 for the Russian, and we were able to nab him for $11. Great value for the kid who plays every game, crushes online poker, and is due for a big breakout at the WSOP, looking to top his 4th place finish in last year’s $10,000 Razz event. Ziggy is my dark horse pick for player of the series. I think he’s ready to dominate. 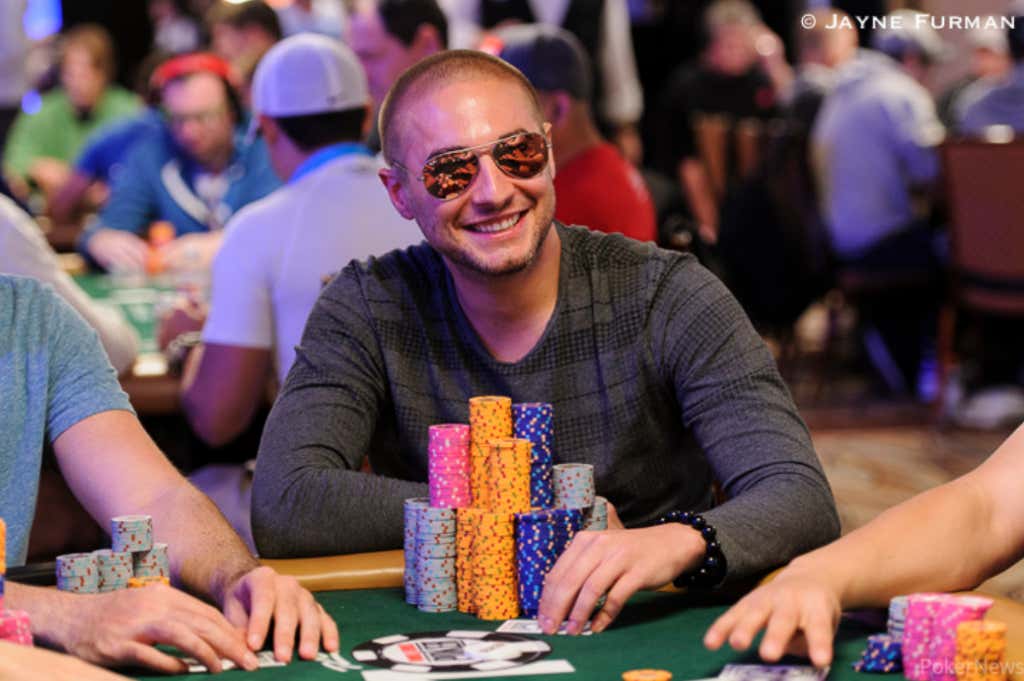 Chance is a beast. He has a bracelet. He’s won multiple $10ks. He has won a $25k. He dominates everywhere he goes. The reason he was only $4 is nobody knows what type of schedule he’s going to play this Summer. If he plays, he’ll crush…and we’re hoping he plays. You know what’s better than 1 bracelet, my friend? TWO bracelets! For $4 he was great value, and I’m banking on him playing unless he hates charity, puppies, and world peace, of course. 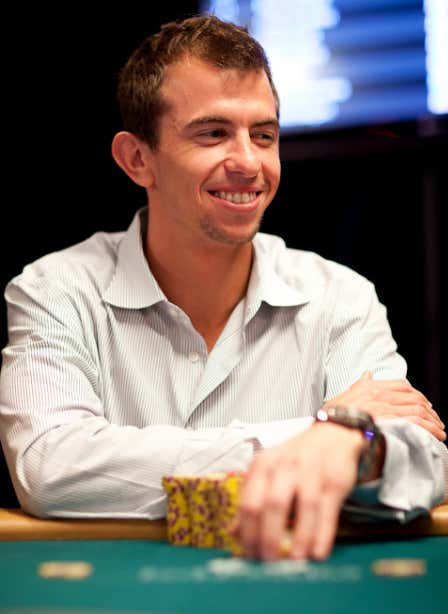 This pick was absolutely wild. We got confirmation from Shannon that he was playing all Summer- and I guess no other team did. We budgeted $20 for Shannon, and got him for $1. Steal of the draft for us, for sure. Often regarded as “the best player without a bracelet”, Shorr cashed in 8 WSOP events last year. He’s Alabama’s all time leading money earner with over $6,000,000 in winnings, and is a legendary grinder who is motivated to get that first bracelet. If there is one player the other teams will be pissed they didn’t bid on, it will be Shorr. 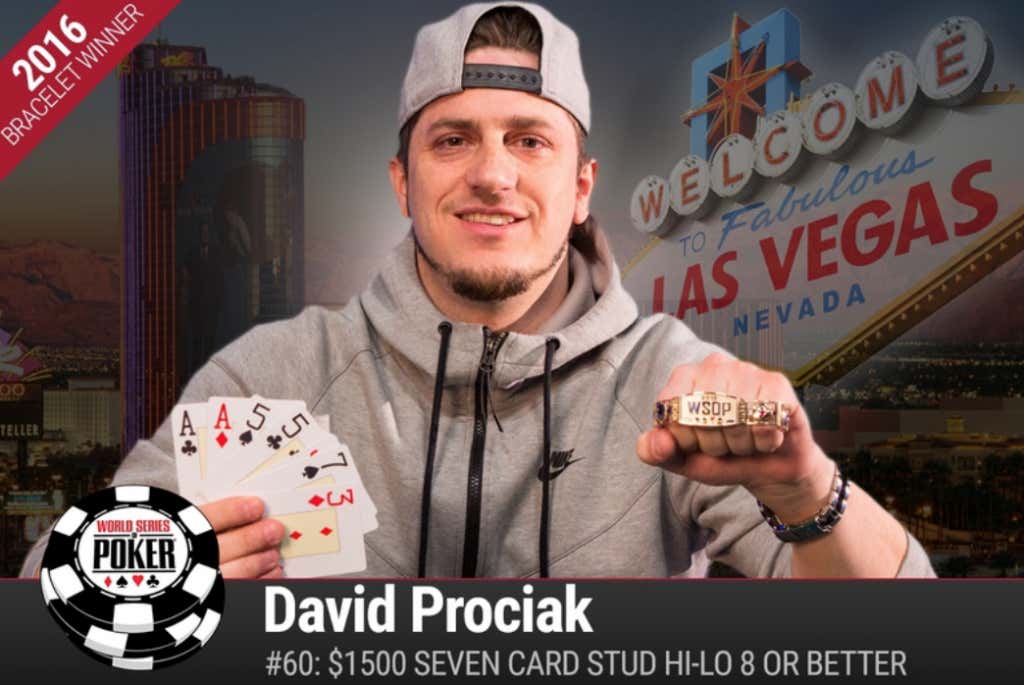 David Prociak is our wild card. He’s a Florida grinder who plays all the mixed games, won a bracelet in 2016, but is still relatively unknown. He Tweeted that he feels that he’s going to win a bracelet in PLO this year, so I have no choice but to believe him. Prociak’s numbers aren’t going to blow you away, but he’s young, he’s hungry, and he’s looking for bracelet number 2. It seemed a couple other teams in the auctions had their eyes on him too, but we put are full faith in him. Wild Card, bitches. 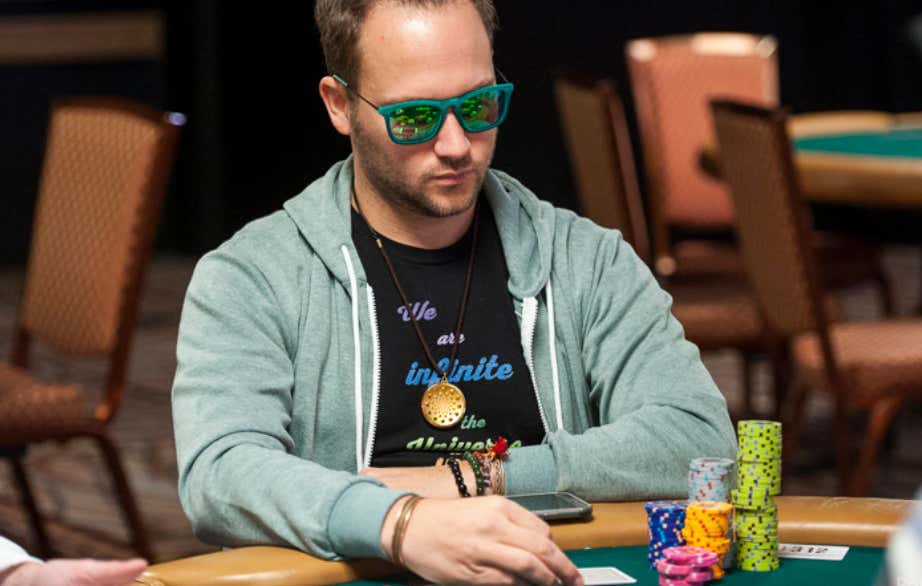 Here’s our thoughts on Cal – even if he only plays 5 events this Summer, he is worth the $1 and the slot on our roster. He’s that good. If he wanted to come out for the Summer and play all the small field mixed games, he’s a lock to rack up the points for us. We took his tweet as “I’m not playing zero events”, and that was good enough for us. In fact, we were willing to pay $15 for him based on pure potential alone. He just won 2 SCOOP bracelets, giving him 10 total for his career in all sorts of different games. He is widely considered one of the best all around players in the world, and has a WSOP bracelet to his name. $1 for Cal was a steal. 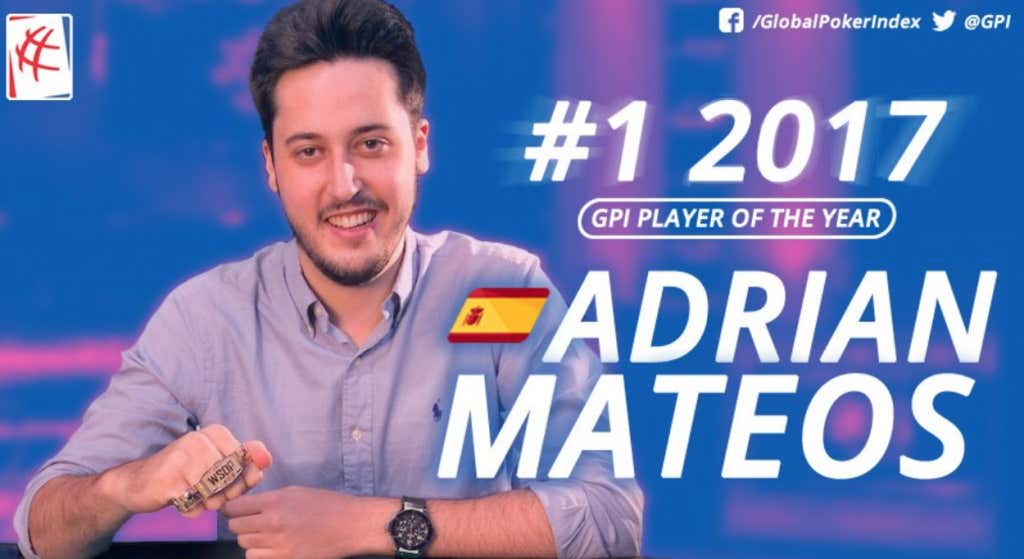 How did we get the 2017 player of the year for only $1? Patience, my friends. We executed our game plan perfectly, getting the big dog in Daniel early, and then watching people burn their money on guys who might not even play the series, while we waited and grabbed Mateos for only $1. So who is he? He’s a 23 year old Spaniard who already has 3 WSOP bracelets to his name. He wins EVERYTHING he plays it seems. He already has over $14 million in live earnings…at 23 years old. He’s played a light schedule thus far in 2018, and has won all the money any way: 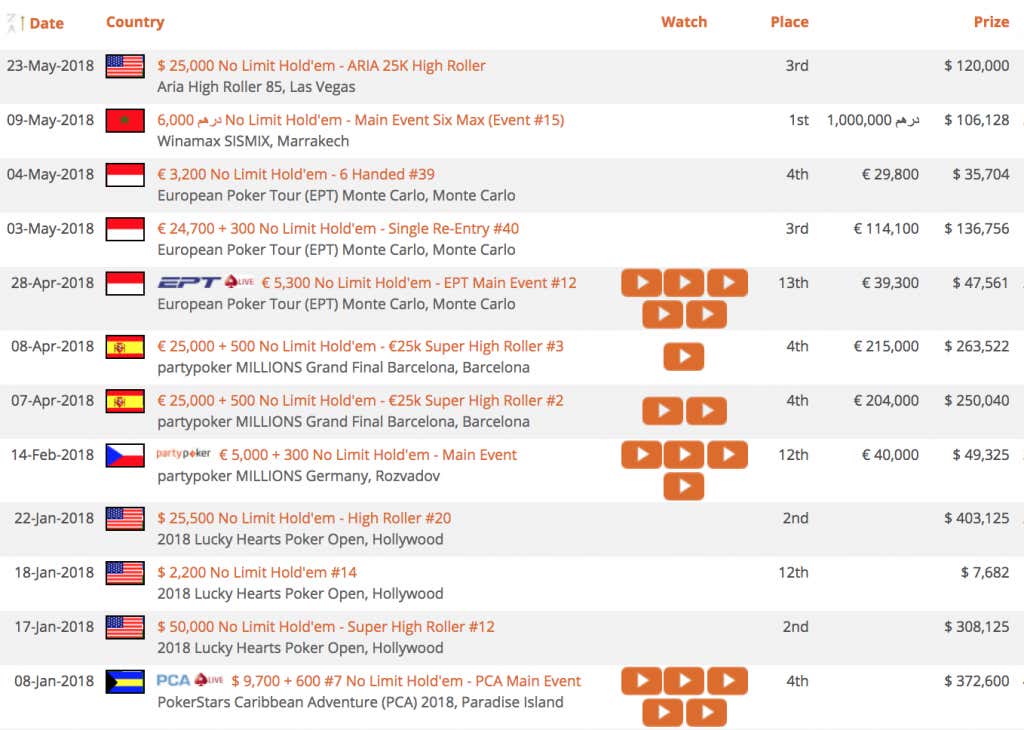 Mateos I think has solved the game. I’m so excited to watch him go deep in every NL event this Summer. Viva La Mateos! 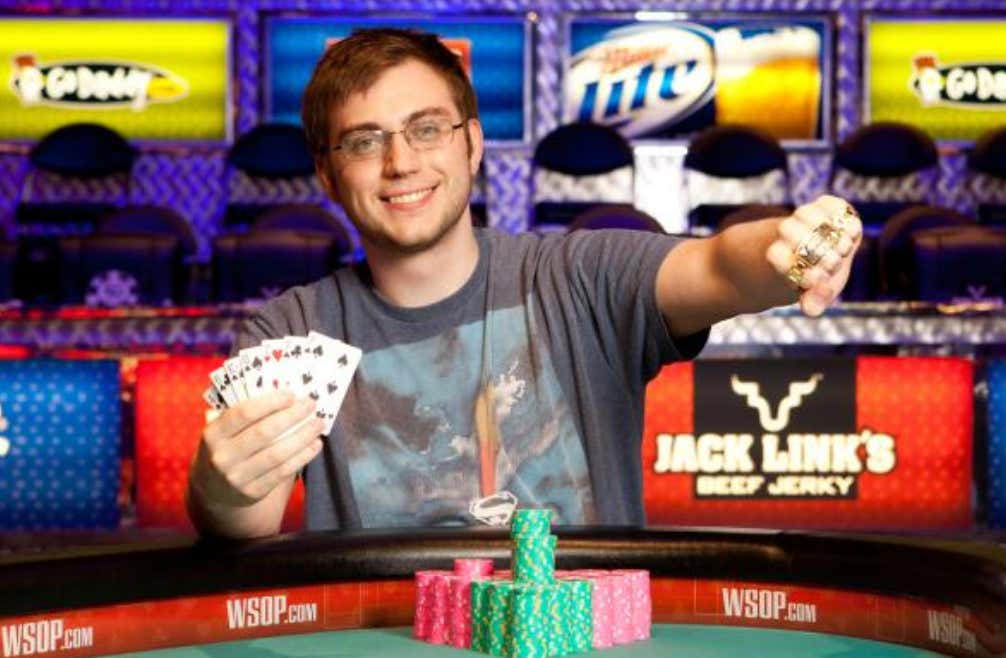 Bakes is a stud. He plays every game, and has 2 WSOP bracelets to show for it. This pick almost didn’t happen- he wasn’t on our big board. But when his name came up and people started bidding on him, it made Brent think “what if Bakes is playing a full schedule this Summer?” and that was enough for us to need him. If Bakes plays, we’re golden. The fact his bidding got up to $14 makes us think he will be on the felt this Summer. Making money and chasing bracelets is fun, and we’re hoping to see young Bakes get that buzz and dominate.

And so that’s our team. To refresh, this is team #GoBarstoolGo:

I love this team. We have a bit of everything, and got great value on everyone we took. Like every squad, we have a couple “will he or won’t he?” guys, but that’s what makes this draft so interesting. Everyone was on the phones all draft long, trying to figure out what sort of schedule people were playing. It makes a very cool added dynamic…for example it’s going to be awesome when we see Cal tweet a chipstack for the first time.

Oh, and when we win? All the money is being donated to HeadStrong.

Thank you Daniel for this awesome opportunity, and to everyone myself, Brent, and Remko drafted, let’s go raise a ton of money for these Veterans.