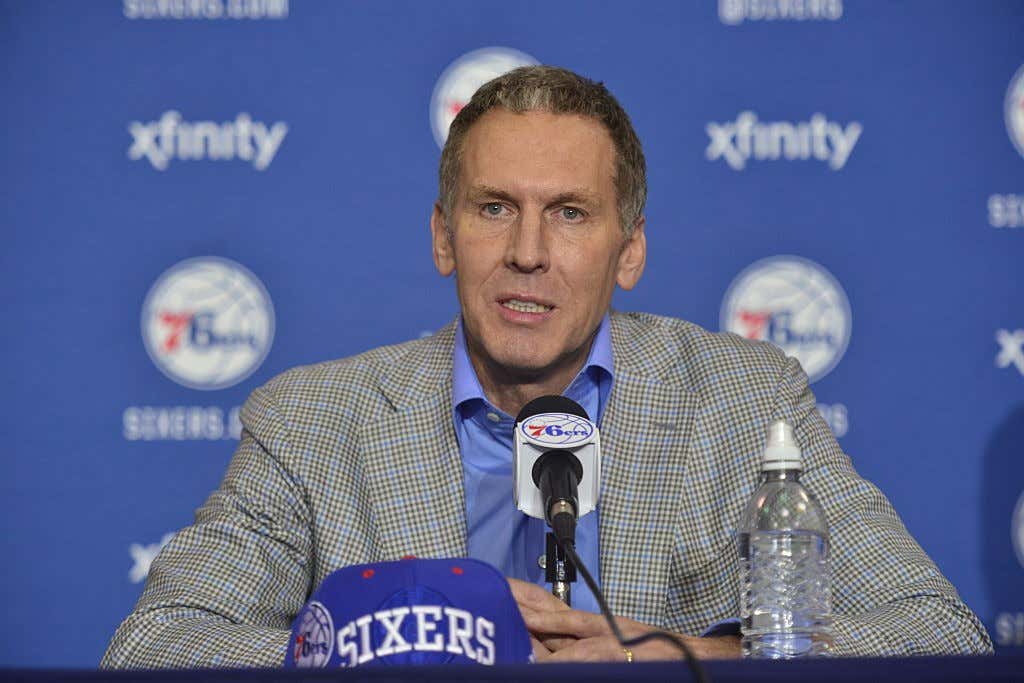 So by now I’m sure that everybody is well aware about the reports of Bryan Colangelo and his 5 burner accounts he’s been using to talk shit on the Sixers and Embiid and Hinkie and all of that jazz. Is it a good look? Absolutely not. Should he be fired if it turns out that all 5 of these accounts actually belong and are operated by him? For sure. But to be truthfully honest, the burner accounts themselves aren’t really what I have an issue with here. Let’s just be real with ourselves. There’s a damn good chance that every other GM in the NBA does the same thing. Maybe not to the extent that Bryan Colangelo has taken it. But I’m sure that every other GM in the league at least has some sort of burner account set up even if it’s just for ghost following reporters and players.

What I’m concerned about, and what I think is actually the biggest story here, is this one singular tweet. This one right here is what I think is the biggest issue here and the reason why the Philadelphia Sixers need to make it their #1 priority to get to the bottom of this.

All I’m saying is that you’d never see Ron Hextall or any other general manager in the NHL censor the word butt. It’s just not in their blood. On top of being tougher and more handsome than everybody else in sports, hockey guys also tend to be the most normal dudes of the bunch. You can go out and just grab a beer with a hockey guy without feeling like you’re talking to some sort of robot. A hockey guy might chirp his own players but at least he’ll do it like a normal human being and call the guy a fuckin’ pigeon or some shit like that. You may not have to agree with the chirp but you can at least respect it. Saying you’re going to step on a ladder and kick a buy’s b#**?  There is quite literally not single thing that is respectable in that sentence. And if you can’t respect a man, you sure as shit can’t play for him. Adios, BC. Don’t let the door hit you on your b#** on the way out.