We got ourselves some full blown rap beef folks! Pusha T responded to Drakes Duppy Freestyle with The Story Of Adidon, which has some deeply personal attacks on Drake and his family, and now it’s all out war. Which is what is absolutely incredible and unique about rap music. No other musical genre has impromptu verbal competitions amongst its superstars. Rap is like 50% music, 50% sports and these battles of wit between the extremely prominent members of the industry are like postseason showdowns.

Quickly catch you up to speed over the last couple weeks in case you’re not aware:

Pusha T dropped an EP produced by Kanye with the song Infrared.

In it, Pusha T takes shots at Drake for having help writing his songs, as well as shots at Birdman for being an asshole business man with Lil Wayne.

Fast forward a couple days after Infrared came out, and Drake drops the Duppy Freestyle in response.

Drake addresses the ghostwriting accusations, accuses Pusha of being a fraud when it comes to his drug dealer persona, takes a couple quick shots at Kanye for being selfish and insecure, clowns on Pusha T for not giving his girlfriend a ring when he proposes, and ultimately invoices Pusha T for giving him publicity to sell his record. 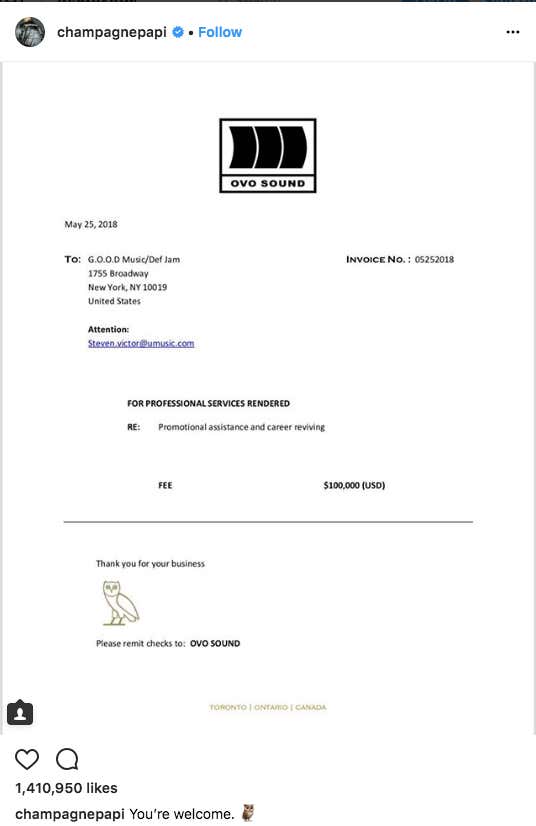 Now comes “The Story Of Adidon.”

The Internet is buzzin over Pusha’s response particularly because he goes extra low with the blows and gets in the mud with Drake’s personal life. According to Pusha T, Drake has a secret baby with a former pornstar that he barely takes care of. Drake allegedly demanded she get an abortion and when she wouldn’t, Drake hasnt taken care of him. Pusha T said that since Drake mentioned his fiancés name, the gloves are off and he is attacking his character. He also has some seriously nasty ricochet shots directed at Drakes long time producer and friend, 40. He said 40 is lookin 80, hunched over, how much time does he have left – because 40 has fucking Multiple sclerosis and is going to die early. Jesus.

So at the moment the internet is clamoring over The Story Of Adidon. When a rapper gets that nasty with the biggest name in the game and does it with a smooth flow over a good beat, you’re gonna get a lot of support in your corner. But for me, if you’re looking at the substance of what is said, I stil think Drake is coming out miles ahead in this one. Pusha T has basically one angle in this beef – Drake has a secret baby and doesn’t raise him well enough. 2 angles if you include Drake using writers for his music which he basically has owned up to and proven that every other superstar of his caliber does the same thing. So to me, it’s about whether you’re impressed with Pusha making fun of Drake’s family life. It’s definitely shocking. It’s NASTY. It’s mean spirited. All those things are a part of a good diss track. But I personally find Drake’s approach way more clever and effective. Drake did the same thing to Meek Mill as he did with Pusha. He hits them with very truthful, honest, and logical shots about their careers as rappers and their reputations as tough guys. To me, it’s way more clever and disrespectful to call out a guy for being a fraud for his entire persona being built upon being a drug dealer when his brother was really the tough one. Or talking like he’s a super star when he’s the 5th biggest artist on his own label. It’s way more thought provoking to say if you rebuke me for having people write my songs with me, what do you think of Kanye who asked me to write on TLOP? Coming at Kanye for being too insecure to let Virgil Abloh shine is far more interesting to me than digging up some dirt on Drake’s personal life.

Maybe I’m bias since I’ve spent the last 6 months having people talk shit about my family life but it’s just the easy way out of a true debate. It’s like when I told Rapaport he was not intelligent enough to succeed in the content business and nobody likes him because he’s a one trick pony and his only response was saying I cheated on my wife. I mean I get it, people will always hit you where it hurts. And the general public will act like throwing personal shots like that is a Trump Card because it gets the most “OOOOHS and AAAAHHHS!” But if we’re talking about a rap battle, I feel like Drake is saying far far more with his lyrics. Being a deadbeat dad can being a part of the puzzle, but it can’t just be the only thing you’re saying.

And the only other thing Pusha said that is getting buzz is making fun of 40 for having Multiple Sclerosis. Which is lame as fuck if you ask me. You get hit with some bars making fun of your career and your reputation and you come back with “oh yea? Well your producer is gonna die soon.” Yawn. I’m not saying you can’t get ugly and take the gloves off in battle rap. You should. But again you gotta be clever with it. You gotta be thorough with it. “You have a secret baby and your producer has a terminal disease” ain’t doing it for me. I understand on the surface it’s the sort of shit that makes you go “OH SHIT!” particularly because it’s a megastar like Drake and your being as disrespectful as humanly possible. But listening to Drake pick Pusha apart from multiple angles, without having to rely as much on the low hanging fruit , has me more impressed. We’ll see what else Pusha has as he vowed to pick him apart surgically, but I would imagine coming at 40 like that has Drake in the studio right now, running on nothing but anger and money. Rap beef – nothing quite like it.

PS – I didn’t even mention the Drake black face picture. I got no fucking clue why that picture exists but that’s gonna follow him around for eternity no matter how many hits he puts out and regardless of who is writing them.