I love me a good Big Mac homer. I talked about it with the Sosa wake up a few weeks ago, but that home run chase with those 2 were unbelievable. This homer was something special too. Arguably the most intimidating pitcher of all time vs the guy who had a neck that looks like the thiccest ham you’ve ever seen, and forearms that look like a god damn anaconda. If there is ever a movie made about McGwire I think we need the Mountain from Game Of Thrones to play him, he’s just an absolute bull.

McGwire takes a ball thats on the outside of the plate and sends it an easy 500. I mean this ball is absolutely demolished. Easily upper deck at any stadium around the league. Just insanely impressive that he did it against Randy Johnson too. It’s not like it snuck in the first row in that second deck, it was 25-30 rows up. I cracked up when I saw Randy looking up at that ball too, he knew that one was outta here. 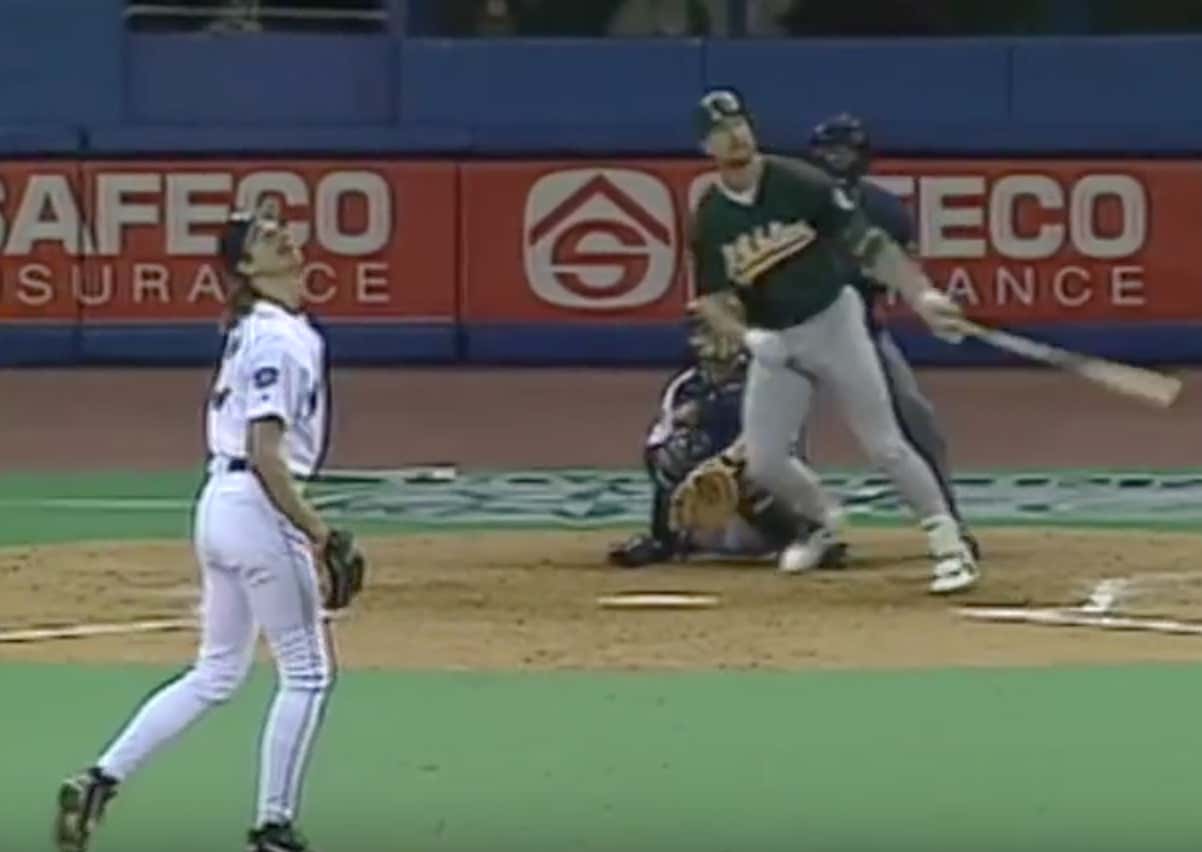 Who cares that the guy did a boatload of roids (when they weren’t illegal)? I know I don’t.

@BarstoolRDT (We’re going on 4 days of suspension for telling Nate I’d kill that kid that pied him. PLZ HELP if you can. No idea how to get unsuspended)