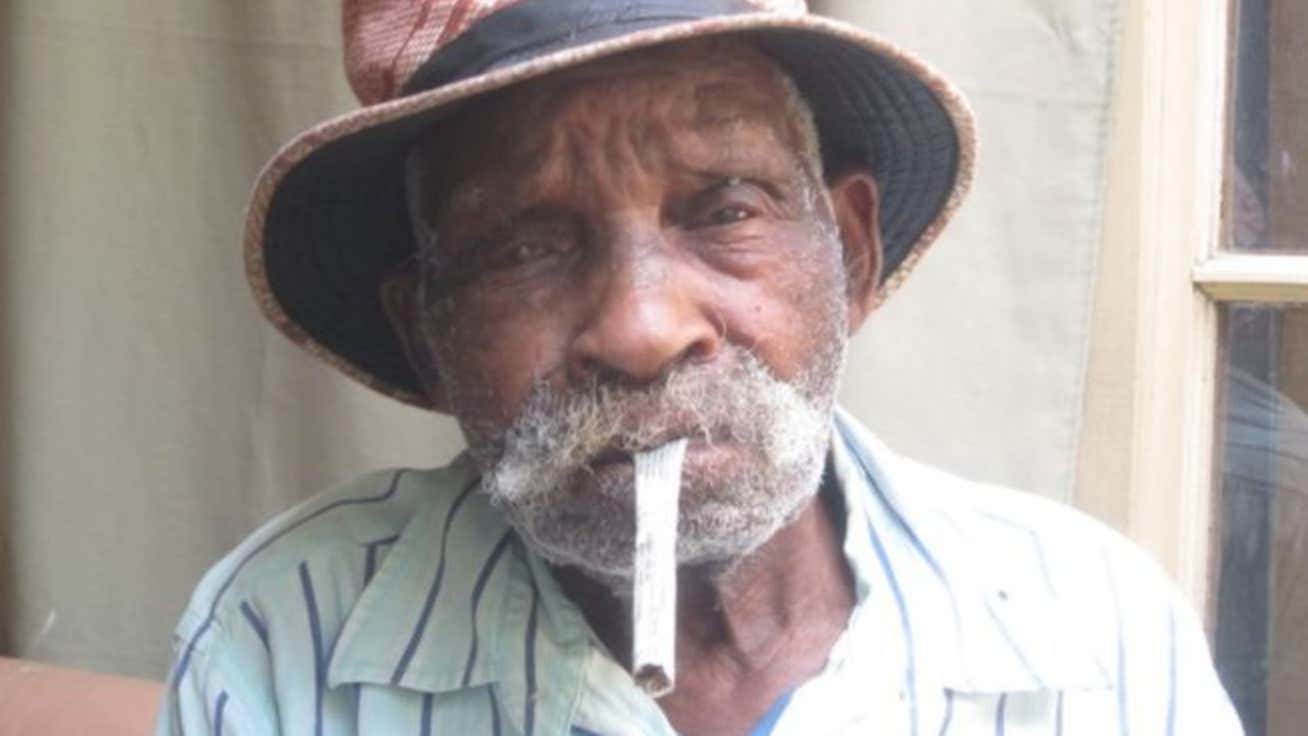 BBC- Fredie Blom spent most of his life as a labourer – on a farm and in the construction industry – in apartheid South Africa but he might soon be recognised as the world’s oldest man, as the BBC’s Mohammed Allie reports from Cape Town. Although he gave up drinking many years ago, Fredie Blom is still a regular smoker. “Every day I still smoke two to three ‘pills’,” – local slang for tobacco tightly rolled into a cigarette-length piece of newspaper. “I use my own tobacco because I don’t smoke cigarettes. “The urge to smoke is so strong. Sometimes I tell myself I’m going to stop but it’s just me lying to myself. My chest chases me to have a puff and I’m then forced to make a ‘pill’. “I blame the devil for that because he’s so strong,” he says with mischievous grin.

Is this dude crazy? What the fuck is he thinking? KEEP SMOKING DUDE. Keep smoking cigarettes. Smoke more cigarettes. It’s worked for 114 years. His body clearly isn’t affected by the smoking. Hell, it sounds like it’s been helping him. How many people live to be 100+ very very few. This is like the other super old people who say, “I drink 45 Diet Cokes a day!” or “I eat 85 cookies a day!” Just do whatever it takes to stay alive. It doesn’t matter if it’s unconventional.

I have a guarantee. I guarantee that this guy will be dead within a week if he quits smoking. A 114 year old body doesn’t do well with change. This dude could be doing heroin everyday and I’d tell him to keep doing heroin. You make any sort of changes to the daily routine of a 114-year-old person, they die. Maybe that’s what he wants? Maybe that’s the plan? That’s actually super believable. Being 114 years old can’t be all sunshine and roses. It can’t be any sunshine or any roses. Being that old has to SUCK. So this old guy was finally like, “Well I’ve been smoking for years in hopes that I would die. That didn’t work. Maybe I’ll die if I stop smoking?” I would for sure wanna die if I was 114 years old.