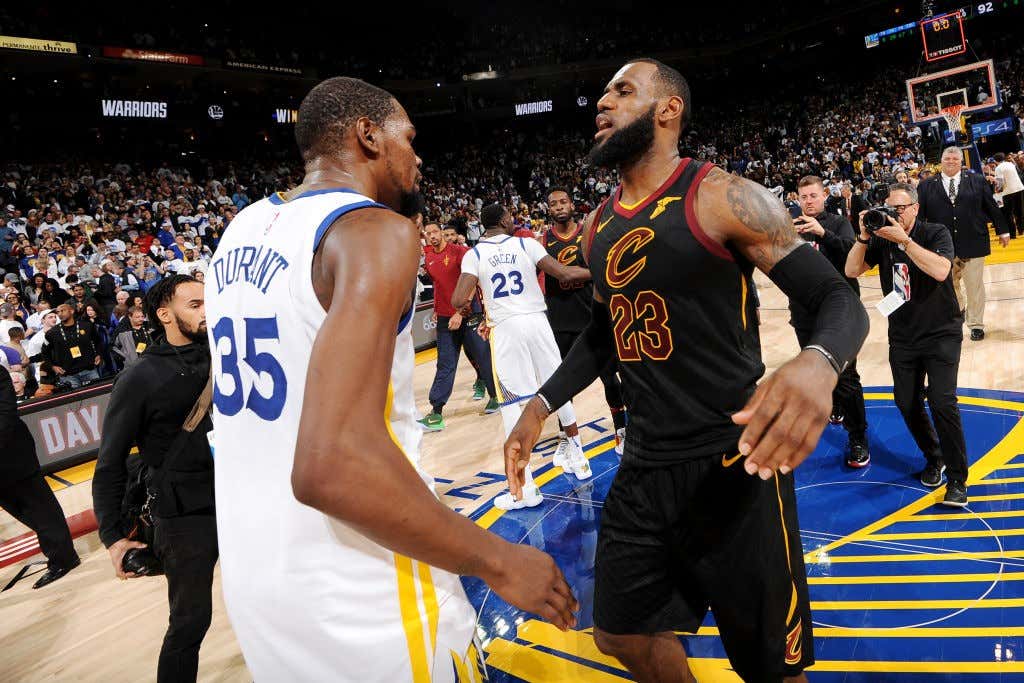 It’s hard to believe that it’s been nearly 365 full days since the last time the Cleveland Cavaliers faced the Golden State Warriors in the NBA Finals. But alas, here we are. The rematch of the 2017 rematch of the 2016 rematch of the 2015 NBA Finals is officially set after both the Cavs and Warriors advanced to their 4th straight Finals appearance in 7 games over the holiday weekend. Just to put this into perspective for all you boys and girls back home–there are 3 year olds out there in the world who can walk, talk and are probably close to being potty trained right now who have never known a world in which the Cavs and Warriors don’t play each other in the NBA Finals. That is preposterous.

Meanwhile in the NHL, you have one team playing in the Final who quite literally didn’t even exist last year. And the other is making their first Stanley Cup Final appearance in 20 years. Parity is alive and well in the National Hockey League. But in the NBA? Well the regular season doesn’t matter. The first round of the playoffs don’t matter. The conference semifinals don’t matter. Heck, even the conference finals don’t matter. Nothing matters because it’s always going to be Cleveland vs Golden State in the Finals and yet people still try to tell me that basketball is a better sport than hockey. What a bunch of fucking idiots.

And now don’t get me wrong. It’s not that two NHL teams aren’t talented enough to make it to 4 straight Final appearances. It’s just that there is too much competition in the NHL. There is too much heart in that league for other teams to allow that shit to happen. I mean think about what we saw this weekend. The Boston Celtics and Houston Rockets each had a chance to alter the course of history. They both brought the Cavs and Warriors to a game 7. All it would take to finally end the streak is for one of these teams to sack up, play the game with some heart and will their way to a win. But that just doesn’t exist in the NBA. There is no competition. These guys just roll over and let the top dogs rub their bellies. It’s a league of submission.

But hockey guys? Hockey players will beat the piss out of you and do absolutely everything it takes in order to get some new blood in the Stanley Cup Final. Hockey players would rather you bang their old lady than watch the NHL devolve into the type of league the NBA has become. It’s a sad reality. But the NBA is doing everything in their power to kill competition. I’m just thankful as anything that the NHL is here to keep it around for as long as they can.