Nothing more to be said about something that’s been revered and talked about for 21 years now. Even pointing out that DJ still had to hit an off-balanced, wrong hand layup to make this steal as iconic as it’s become is something that’s been given its due credit by now. Rest in peace, Johnny Most.

This is one of those moments I wish happened today just for the hot takes about Isiah alone. Can you imagine one of the premier players in the League today completely throwing away a game, especially one regarded as one of the greatest point guards of all time? I’m getting chills up just thinking about the memes and the gifs alone. Not to mention hitting Isaih with a Crying Jordan might be the most vicious kind of Crying Jordan imaginable given their relationship.

But the one thing that happened after this series that gets a little under-remembered as time goes on is Isiah Thomas dropping maybe the biggest sore loser quote of all time. 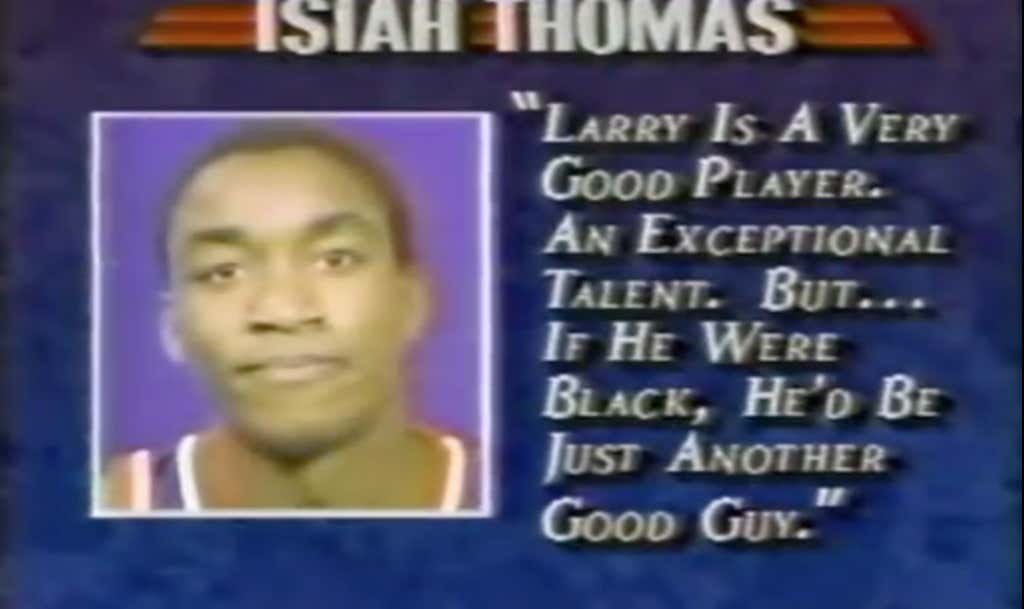 Dennis Rodman technically said it first, but Isiah agreeing is what really prompted the entire basketball world to go fucking nuts. Bird had to sit down with Isiah for a joint press conference just to clear the air over the whole thing in the middle of the Finals. You know, the Finals Isiah was watching from home specifically because he passed Larry Bird the ball with a pivotal game on the line instead of passing it to literally anyone wearing a blue jersey.

The Bad Boy Pistons get remembered as a rough and tumble bunch but at their core, between this and walking off the court before the final buzzer sounded when Jordan finally beat them for the first time, they were as soft and as full of excuses as any team the League has ever seen.

Imagine thinking Larry Bird wasn’t one of the coldest players to ever step on a parquet.